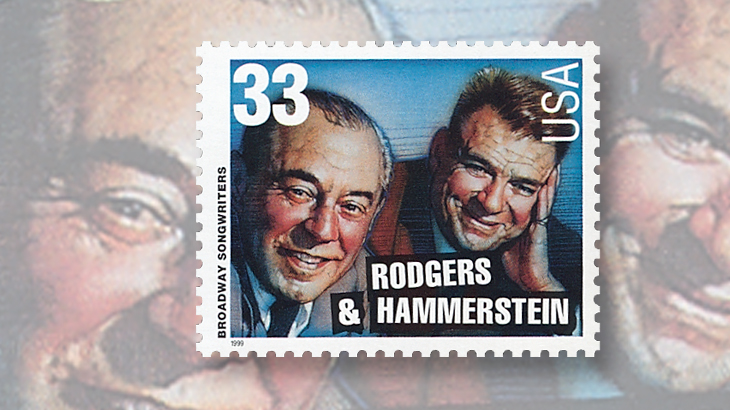 Oscar Hammerstein II, shown at right on the 33¢ stamp honoring him with songwriting partner Richard Rodgers.

Hammerstein is depicted on a 33¢ stamp (Scott 3348) from 1999 with composer Richard Rodgers, the collaborator with whom he enjoyed his greatest successes, but he also worked with Jerome Kern to create the legendary musical Show Boat, Rudolf Friml on the popular Rose Marie, and several others.

Hammerstein wrote the lyrics and book while his collaborators created the melodies. The partnership of Rodgers and Hammerstein began in 1943 and ushered in a new era of the Broadway musical with an innovative integration of music and plot. Their first effort was Oklahoma!, which was awarded a special Pulitzer Prize for drama and ran for a record 2,212 performances.