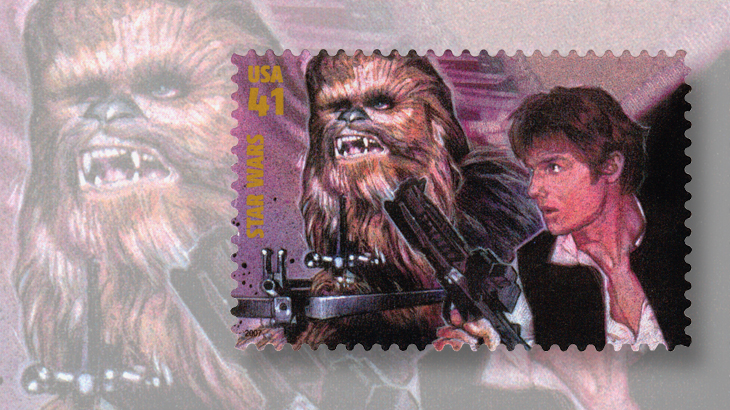 When the United States Postal Service issued the Star Wars set of 15 41¢ stamps in 2007, it seemed that many of the stamps, which portray characters and spacecraft from the series of six successful Star Wars films, were actually showing living people — actors in their film roles.

Featured on one of those stamps is one of the heroes of the original 1977-83 Star Wars trilogy, the rogue smuggler and space pilot Han Solo, played by actor Harrison Ford.

He will return to the role of Han Solo in Star Wars: The Force Awakens, which is scheduled for theatrical release on Dec. 18.