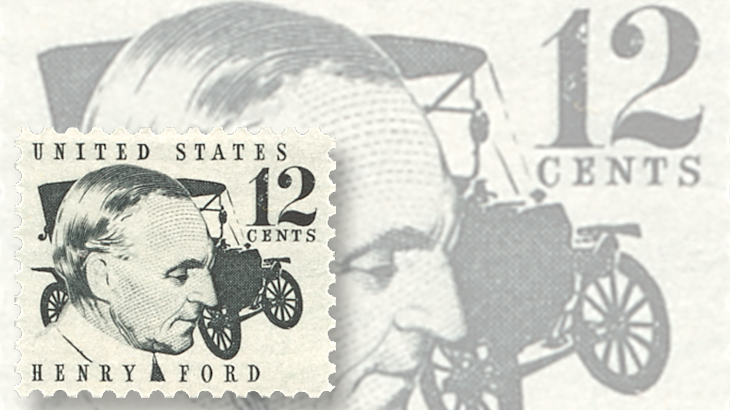 American industrialist Henry Ford was born July 30, 1863, on a farm in an area that was later incorporated as Dearborn, Mich.

The stamp design shows Ford with his 1909 Model T automobile. Though Ford did not invent the automobile, he experimented with and improved motors, built cars for racing, and was a foremost innovator in automobile manufacturing, developing the assembly line to facilitate mass production and improve the speed at which vehicles could be built.

Ford constructed the Willow Run plant near Ypsilanti, Mich., in 1941 to manufacture the B-24 bomber in support of America's war effort.