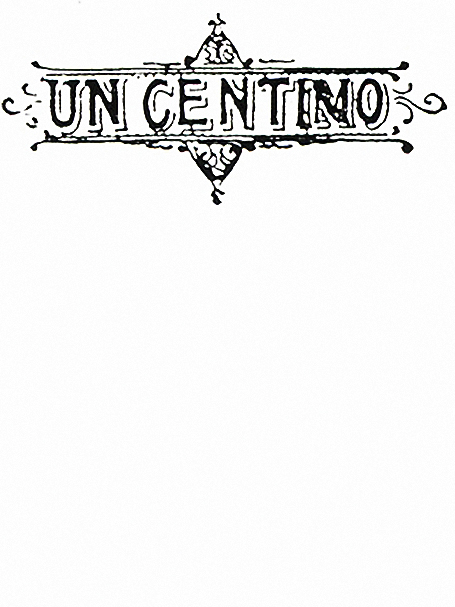 This printer’s proof shows the overprint intended for use on the current 20-centimo issue. 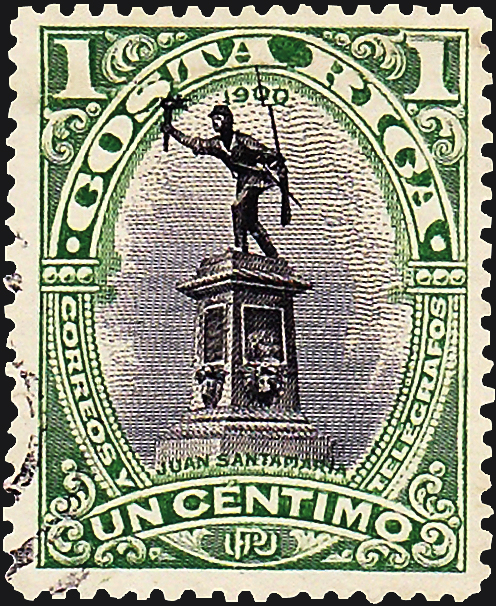 A shortage of the 1-centimo issue in 1905 led to emergency overprints on another stamp in the set. 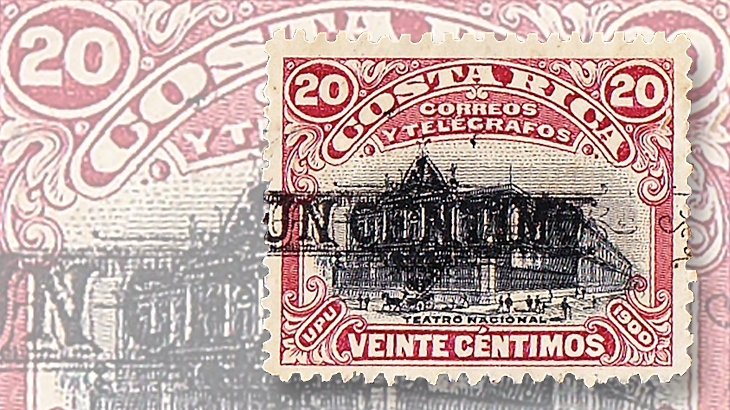 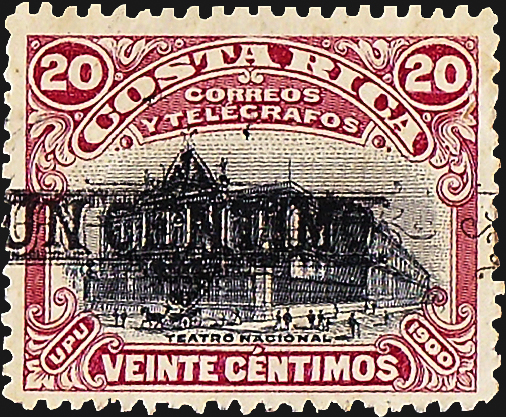 The normal position of the 1-centimo overprint is horizontal on the 20c National Theater stamps. 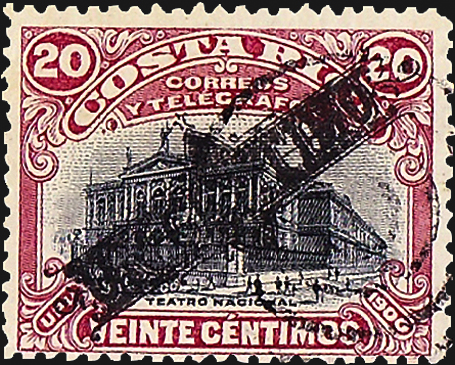 The “UN CENTIMO” overprint is found in a number of incorrect positions, including diagonally on the 20c stamps.
Previous
Next

By the end of 1905, Costa Rican postal authorities found that they were running short of 1-centimo stamps, even though 200,000 of the current 1c stamp (Scott 45) already had been printed by Waterlow & Sons. The 1c stamp pictures Costa Rican national hero Juan Santamaria.

Why the shortage? No reason is readily apparent. But, in any case, Resolution No. 44 of Aug. 9, 1905, authorized the overprinting of 125,000 of the current 20c stamps (Scott 49, picturing the National Theater), to be printed in black by Imprenta Nacional, for use as 1c stamps.

A proof of the “UN CENTIMO” overprint is pictured here.

The normal overprint is horizontal; two major varieties exist: overprint inverted (Scott 58a), and overprint diagonal (58b), from the fourth printing only.

There are a number of errors associated with the overprints, including double surcharges and a missing surcharge on one stamp of a pair, of which the other stamp is surcharged.

Recently, an unlisted vertical pair with a partial impression of the overprint sold on the eBay commerce website.

Intended for the domestic printed-matter rate, the stamps are not difficult to find in used condition. Finding them on cover is a different matter; even though there were 261,000 printed, they are quite difficult to find on cover, particularly with the solo use for which they were intended.

Details on printing and demonetization would have been extremely difficult to find were it not for the specialized Costa Rica Postal Catalogue edited by Hector Mena. It is among the best catalogs for any Latin American country.

Costa Rica is a great country to collect. You can get started for free by downloading and printing album pages with spaces for every stamp issued by Costa Rica from the website of the Society for Costa Rica Collectors.

Specialized literature, including the Mena catalog, can be obtained on disk from Socorico through the same website.