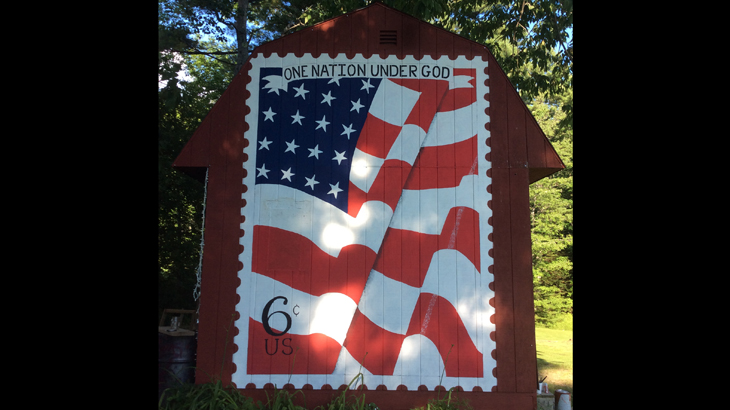 Familiar with "barnstamping"? If not, you can probably gather what it is rather easily.

It's exactly what it sounds like. Have a look at the photo above, which was sent to us by Henry Lukas, education director at the Spellman Museum of Stamps & Postal History at Regis College in Weston, MA.

He explained the picture in the email:

Your readers probably have heard of barnstorming, barn raising and even barnburning.

This barn mural was recently completed by Tracy McDonough of West Bath, Maine, to honor her son who will soon be graduating from Marine bootcamp at Parris Island in S.C.

The denomination six is for the six members of her family.

"The inspector general of the United States Postal Service has sharply criticized the agency’s creation of the 100 panes of upright Jenny Invert stamps that were supposed to be randomly distributed."

"Although the upright Jenny Invert has generated some great press for stamp collecting, there’s no denying that the Postal Service created a rarity that very few collectors will ever own."