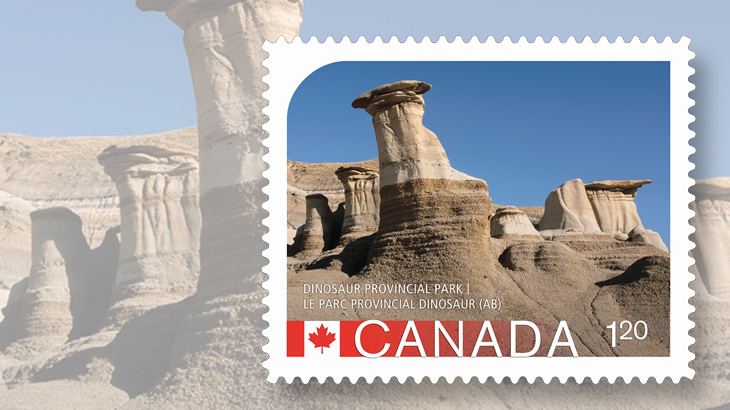 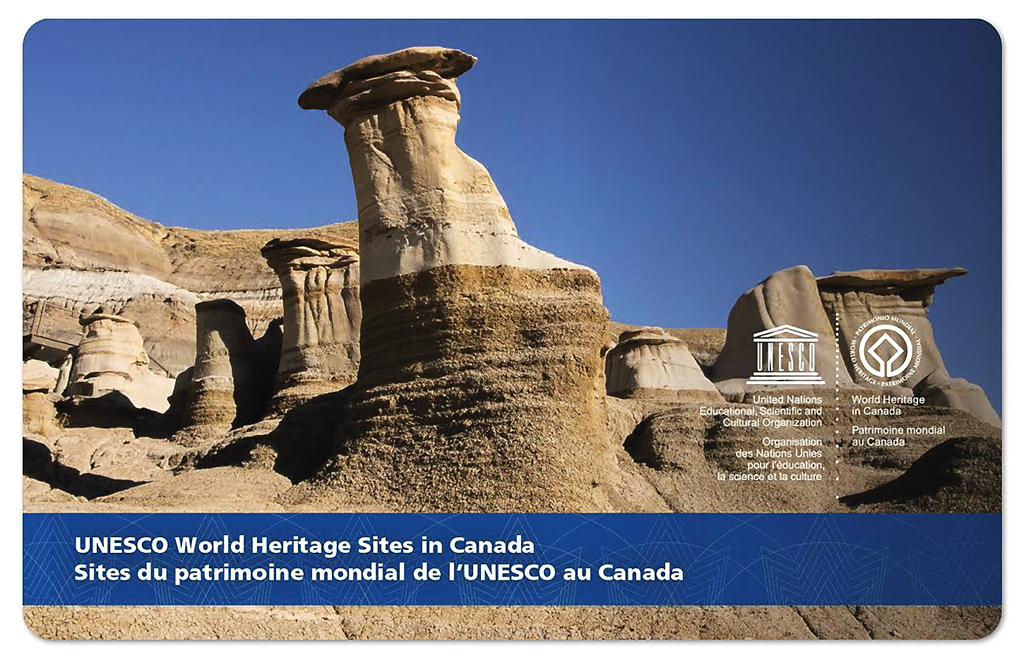 Canada Post's Hoodoo stamps were issued in booklets and souvenir sheets. Shown here is the booklet that is being recalled. 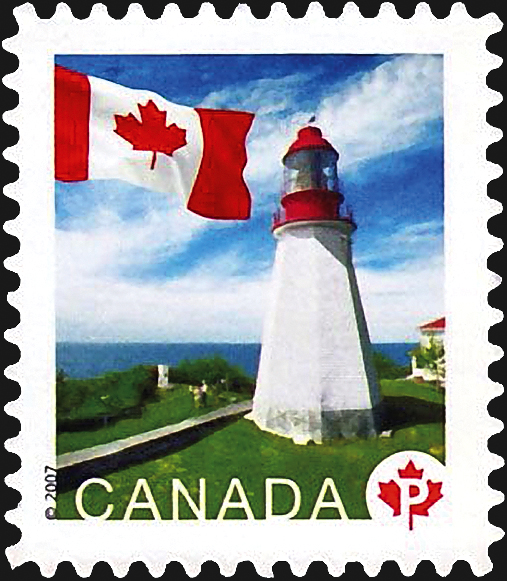 In May 2008, the corrected Pachena Point Lighthouse stamp was issued (Scott 2253B) showing the lighthouse as it actually is. 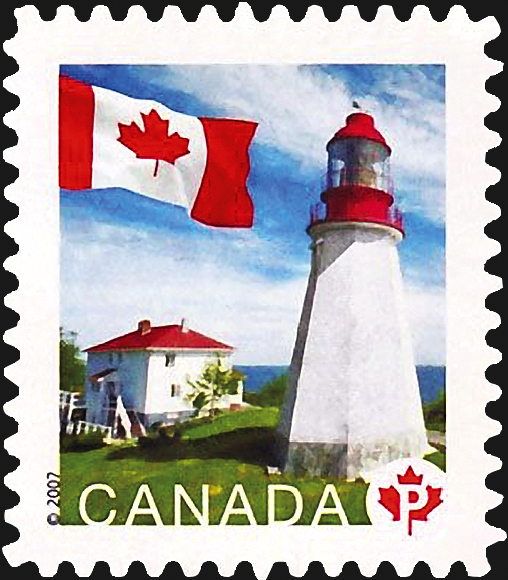 After the domestic-rate Pachena Point Lighthouse Flag definitive stamp (Scott 2253) was issued in December 2007, it was noticed that the image from which it was designed had been flipped, and the scene was backwards. 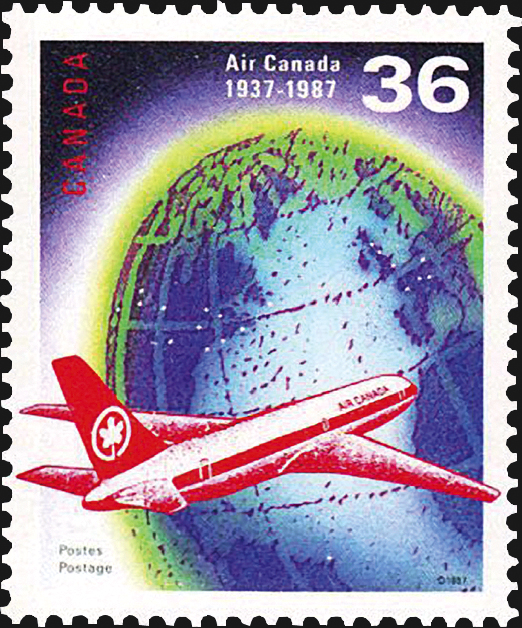 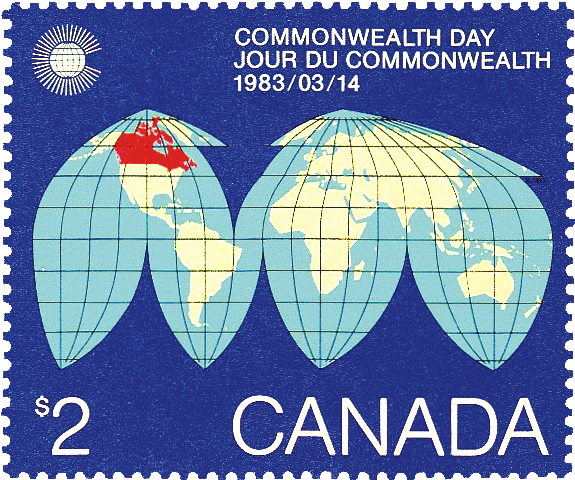 In a July 3 story that broke the very day they were issued, one of five new stamps celebrating UNESCO World Heritage Sites was found to have the wrong image. Canada Post will answer critics by withdrawing and shredding the stamps, and issuing a new stamp with an accurate image.

Calgary Herald reporter Clara Ho laid out the controversy surrounding a $1.20 stamp issued to honor Dinosaur Provincial Park, one of three Alberta sites in this year’s five-stamp UNESCO World Heritage Sites issue. “But Alberta government and local tourism officials say [Canada Post] hasn’t delivered the goods,” Ho wrote, “using an image that’s not of the famous park — but from a different part of the province.”

The design, so striking it was reproduced on the cover of the booklets of six $1.20 stamps in three designs, pictures hoodoos: weirdly contorted columns of rock strata weathered by frost and moisture, found in the badlands of southeastern Alberta, where Dinosaur Provincial Park is located. The problem is that the image shows a very distinctive formation found not in the park, but in East Coulee, Alberta — about 60 miles northwest of the park. These hoodoos are as familiar to local Albertans as the mesas and buttes of the Monument Valley are in the American Southwest, and many locals were swift to condemn the mistaken design, calling it “disappointing,” “upsetting,” even “disrespectful.”

Postal officials promised to look into the complaints immediately, and were as good as their word. On July 6, Canada Post Director of Media Relations Anick Losier called me to announce the decision they’d reached. She prefaced her remarks by admitting that the incorrect image was Canada Post’s responsibility, and noting that she and other postal representatives had already gotten in touch with the aggrieved parties to apologize.

Losier told me the error in design was “not acceptable,” and did not satisfy Canada Post’s consistent commitment to quality and integrity.

Canada Post is removing the Dinosaur Provincial Park stamps from sale, recalling all of the $1.20 stamps from post offices and retail outlets nationwide, and will scrap them and replace the design on the stamp with a new, accurate image. The recalled stamps will be shredded, she said, and a timeline for the release of the new stamps would be announced after a replacement design is confirmed.

The recall will result in the shredding of 160,000 10-stamp booklets, 140,000 five-stamp souvenir sheets, and any unsold stock of first-day covers prepared with the souvenir sheet as well. However, two different designs of $2.50 stamps paying Canada’s international letter rate are not affected by the recall. These are the only 2015 UNESCO World Heritage Site stamps currently offered online by Canada Post.

Time will tell how many canny Canadian collectors manage to acquire an example of one of the Hoodoo stamps ahead of the shredder. I asked Losier to let us know how successful the recall was when it is complete. As of July 6, however, at least some retail postal outlets in western Toronto had the recalled stamps in stock and available to customers, most of whom were unaware that these stamps will soon be gone.

Replacing a stamp because of a fault in its design is by no means a novel practice. In fact, Canada Post did much the same thing late in 2007, when it came to their attention that a P-rate Flag stamp paying Canada’s domestic letter rate had been designed using a flipped photographic image in which everything was backwards. Issued Dec. 27, 2007, the stamp depicted British Columbia’s Pachena Point Lighthouse (Scott 2253). Although these original stamps were not withdrawn, a redesigned rectified version of the stamp was issued May 1, 2008 (Scott 2253B).

Topical collector Ken Polsson maintains a website devoted to “Postage Stamp Design Errors,” which includes such errors from 190 different stamp-issuing entities. He lists an even dozen from Canada, most of them quite minor, but others less so.

Among the latter are the two shown here, each with global significance. The projection of the map of the world used on Canada’s 1983 $2 Commonwealth Day stamp (Scott 977) has the inconvenient side effect of deleting one of the world’s seven continents. Perhaps more disturbing, at least to the passengers, a 1987 36¢ commemorative for the 50th anniversary of Air Canada (Scott 1145) has a jet that lacks one feature travelers appreciate: aircraft engines.