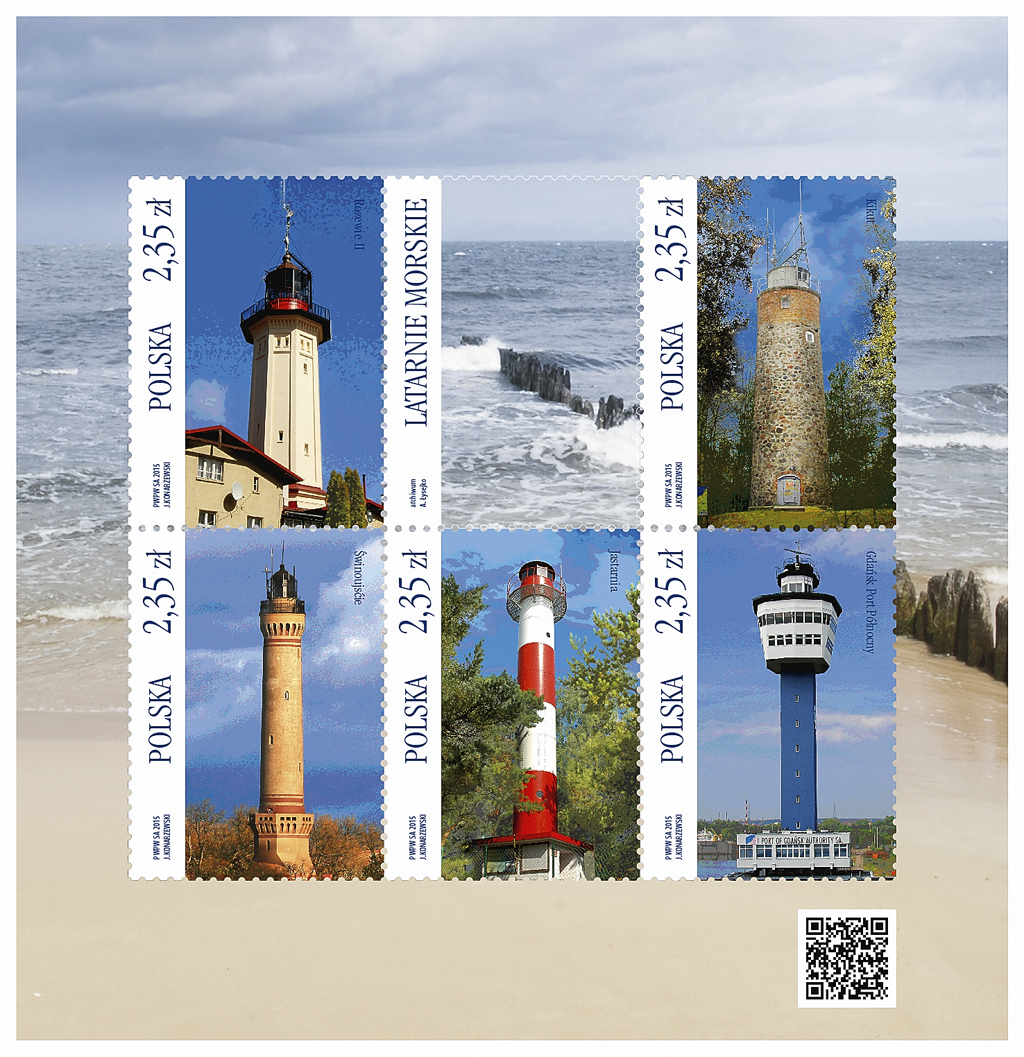 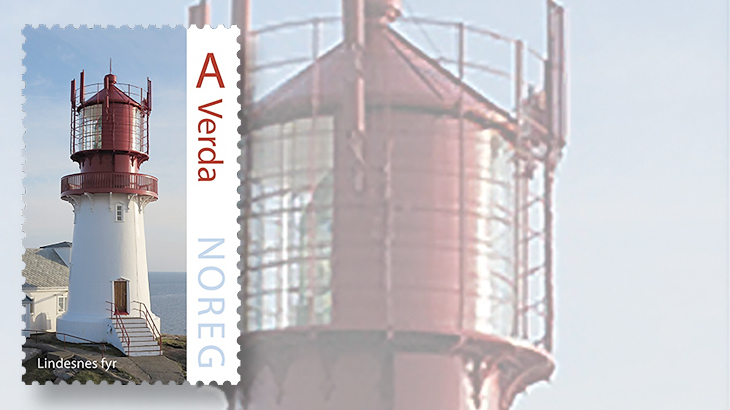 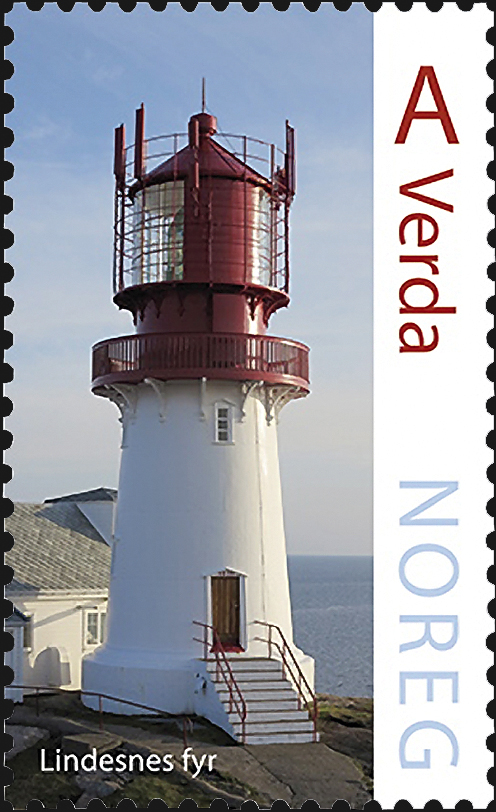 A lighthouse was established at Lindesnes, Norway, in 1655. The present lighthouse, shown on a new stamp from Norway, dates from 1915. 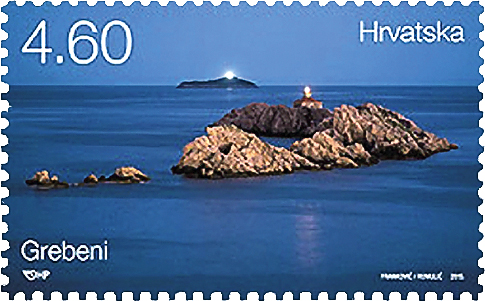 The latest set in Croatia’s Lighthouse series includes this stamp featuring the Grebeni lighthouse, which is used as lodging for tourists. 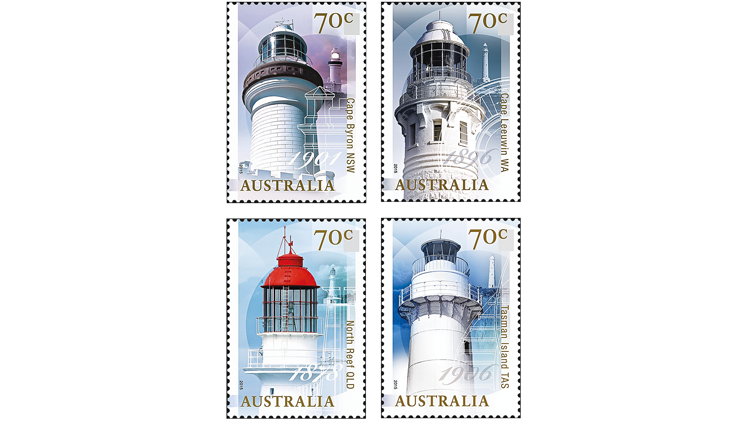 Four stamps from Australia commemorate the 100th anniversary of the commonwealth management of lighthouses.
Previous
Next

Lighthouses of Australia, Croatia, Norway and Poland are pictured on new sets of stamps.

Australia Post issued four se-tenant (side-by-side) stamps July 7 to commemorate 100 years of the commonwealth, or national, management of lighthouses. Each stamp is denominated 70¢, to pay the basic domestic rate.

Prior to the Lighthouses Act of 1911 going into effect in 1915, the lighthouses in Australia were under management of the individual states.

Australia Post philatelic manager Michael Zsolt said: “The Commonwealth maintenance of the lighthouse service is vital and this centenary year marks an important milestone. We trust this stamp issue will resonate with those who appreciate these prominent structures, their history and the service they provide.”

Standing on the mainland’s southwesternmost tip, the 127-foot tall Cape Leeuwin lighthouse is both a maritime landmark and an important meteorological site, and according to the lighthouse's website, “Its piercing beam, which has an intensity of one million candles, shines over the surrounding rugged sea and landscape for 26 nautical miles or 48 kilometres [almost 30 miles].”

The North Reef and Tasman Island lighthouses were challenging to construct because of their remote locations.

The former was built on a sandbank on a coral reef at the southern end of the Great Barrier reef, and the later on “an isolated windswept rocky plateau off Cape Pillar” according to Australia Post. The materials to build  the Tasman Island lighthouse also had to be hauled up a cliff 820 feet high.

Stacey Zass designed the stamps. McKellar Renown printed them by offset in sheets of 50 with moisture-activated gum and as self-adhesives in booklets of 20. A prestige booklet with text and illustrations in addition to the stamps also was produced.

The Grebeni lighthouse, built in 1872, is now used to house tourists looking for the solitude of a private island.

Under the heading, “World’s Best Private-Island Resorts,” the Conde Nast Traveller website says of the lighthouse, “It’s not a place for the fainthearted, because beyond the (functioning) lighthouse itself — which has three simply-furnished double bedrooms, one single and two bathrooms, plus a kitchen and large living area — there is nothing at all here bar a couple of sun-trap terraces. Not even a beach, though one can swim from the quay, and intrepid divers can explore the wreck of an Italian ship, Taranto. …

“Entertainment apart, guests should want for nothing, for the lighthouse is serviced daily by staff from the Hotel Dubrovnik Palace, whose facilities guests can use.”

Zrinski printed the stamps by offset in small sheets of 10.

Norway Post’s four self-adhesive Lighthouses stamps issued June 5 are nondenominated: two pay the basic rate to European countries, and the other two are for mail to the rest of the world.

The European-rate stamps show Kvitsoy and Slatteroy lighthouses. The former was built in 1829 and enlarged in 1859, although a lighthouse was first established on this location near Stavanger in 1700.

The octagonal red Kjeungskjaeret lighthouse was build in 1879 on a small island at the edge of the Kjeungan Islands. It opened in 1880.

The first lighthouse at Lindesnes was lit with 30 large candles on Feb. 27, 1656. After many changes throughout the centuries, the current cast-iron tower lighthouse was built 100 years ago, in 1915. In addition to still serving as a lighthouse, Lindesnes also includes a museum and a cottage that can be rented for an overnight stay.

Inger Sandved Anfinsen designed the stamps, and also photographed the Lindesnes Lighthouse. Helge Sunde took the photographs shown on the other stamps.

Joh. Enschede of the Netherlands printed the stamps by offset in booklets of 10.

The last-mentioned lighthouse is modeled after a lighthouse in Cleveland, Ohio, and also has a historical connection.

The website of Lighthouse Digest says that the Gdansk lighthouse “has the distinction of being at the very spot where World War II started. It was from this lighthouse and the nearby moored battleship Schleswig Holstein that Germany first opened fire, on September 1, 1939, on Polish positions across the river.”