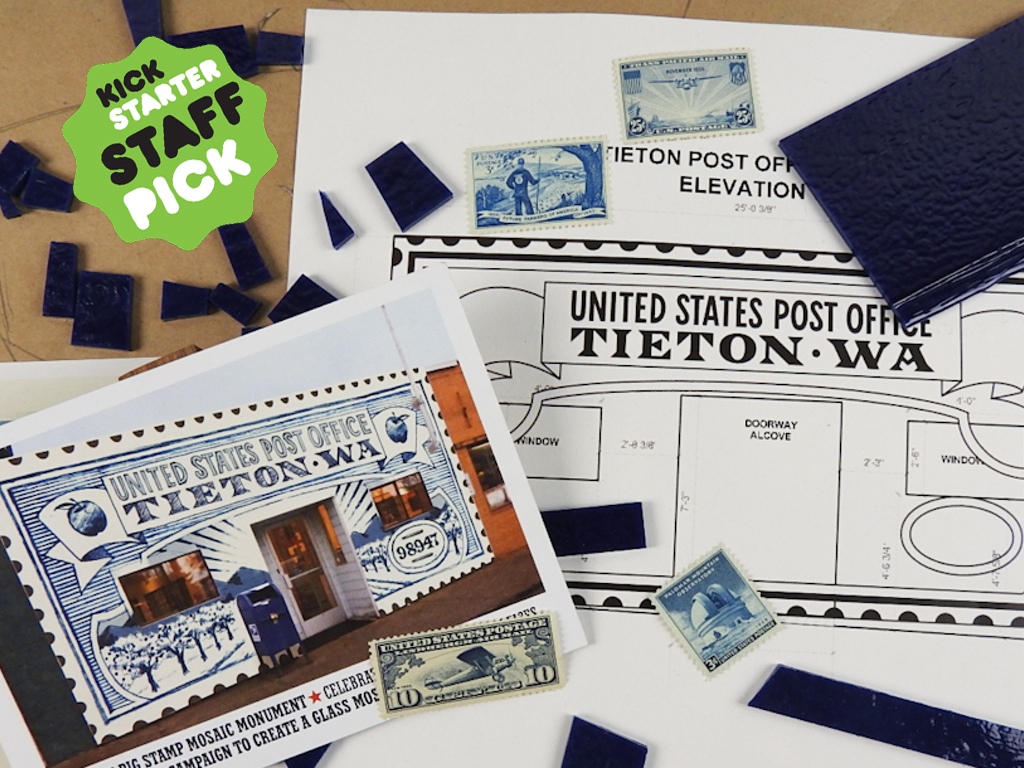 Townsfolk in the agricultural community of Tieton in central Washington believe the post office could become a landmark, if only the United States Postal Service would allow them to cover the front with a stamplike mosaic.

A Kickstarter campaign to fund a 41,500-piece glass mosaic that would decorate the facade of the Tieton, WA, post office and pay tribute to small-town post offices has topped its $48,000 goal despite being halted after the U.S. Postal Service said it would not sign off on the project.

According to the Yakima Herald, the USPS sent the following message to the organizers of the mosaic, which has received $48,310 on Kickstarter as of July 27:

“The Postal Service sincerely appreciates Mighty Tieton’s proposal to provide a new facade for the Tieton Post Office. However, at this time USPS is not interested in pursuing the project. Agreements related to the sale or alteration of postal owned facilities must be handled by appropriate officials at the Postal Service. The local Postmaster did not have the authority to agree to any terms related to such a project. In general, the U.S. Postal Service does not accept gifts of art or sculpture for our facilities.”

"Speed is of the essence of any postal service. The dramatic admonition written by the sender on the letter from the court of Queen Elizabeth I sent in 1598 shown here urges 'Hast Hast Post Haste,' encouraging speedy delivery."

The American Philatelic Society has announced the hiring of Scott English as its new executive director.

Check out the top five stories of last week on Linns.com according to reader metrics.