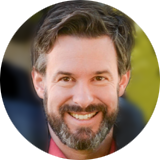 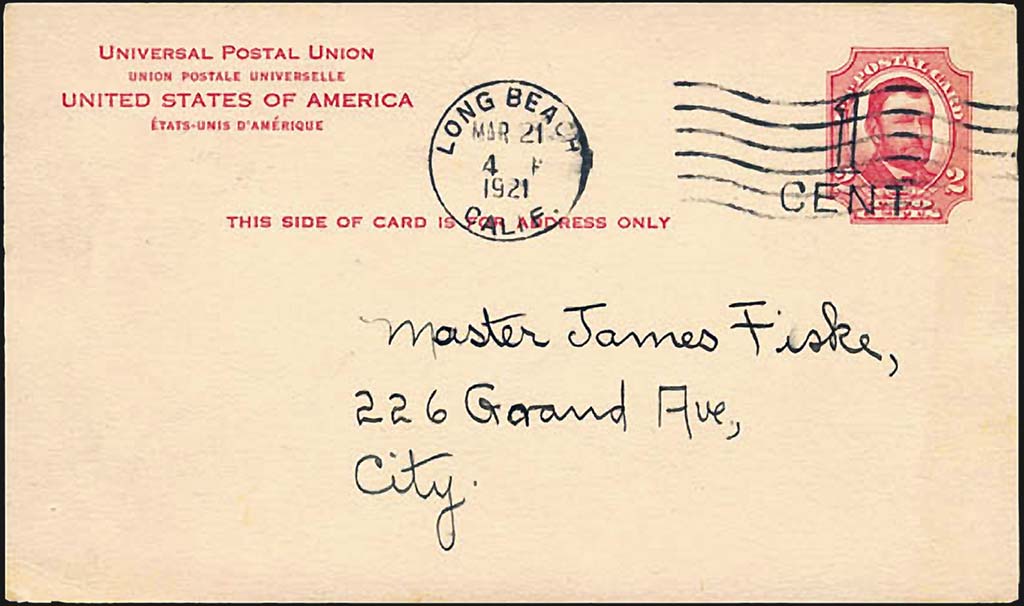 The top lot at Schuyler Rumsey’s auction at Westpex 2015 in April was this 2¢ Grant postal card with a surcharge intended for the 2¢ Jefferson card of the era. It sold for $92,000.
Previous
Next

Schuyler Rumsey held an auction April 23-26 in conjunction with the Westpex stamp show in San Francisco. The top lot was a used United States postal card with an erroneous surcharge.

During World War I, the domestic postcard rate was doubled, and a new 2¢ postal card was issued with Thomas Jefferson in the red indicium (the imprinted postage stamp). After the war ended, the rate reverted to 1¢, and in 1920 leftover stocks of the 2¢ Jefferson postcard were given a “1 CENT” surcharge, either on printing presses or by using the canceling machines at post offices around the country.

In a few cases, postal clerks applied the surcharge to a previously issued 2¢ postal card intended for international use featuring Ulysses S. Grant in the indicium (Scott UX25). However, those cards, with Universal Postal Union inscriptions in English and French, remained necessary for the 2¢ rate.

While a few 1¢ surcharges exist on the 2¢ Grant card as unused favor-made items, some examples of UX25 clearly were surcharged in error and used, including three or four that bore notifications to patrons of the Long Beach Public Library in Los Angeles, Calif.

The example in the Westpex sale was discovered in 1992 by an auctioneer in a consignment lot whose owner “had suggested contained nothing but junk.” It sold for $92,000, including the 15 percent buyer’s premium Rumsey adds to all lots.

The error came about when one sheet with the 6d frame from the 1964 issue commemorating the 50th anniversary of the Battle of the Falklands was printed with the vignette of the HMS Glasgow, which belonged on the 2½d stamp in the set, instead of the proper 6d vignette of the HMS Kent.

The stamps from the error sheet apparently were sent to collectors in North America by a new-issue service, and went unnoticed by many recipients for several years. The never-hinged example in the Westpex sale realized $46,000.