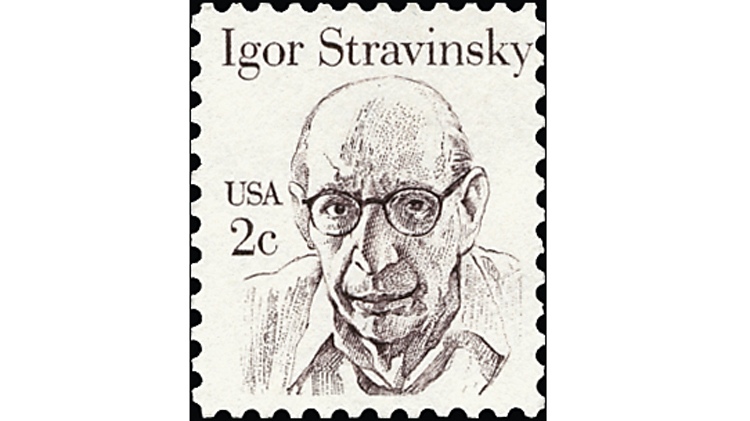 Igor Stravinsky, one of the most important composers of the 20th century, was born June 17, 1882, near Saint Petersburg in the Russian Empire.

At age 20 he met the composer Nikolay Rimsky-Korsakov, who would accept Stravinsky as a pupil and help him develop his compositions and orchestrations. Stravinsky studied with him until Rimsky-Korsakov's death in 1908, and word of the young composer's talent spread with each public performance of his music.

Stravinsky completed a ballet commission that produced The Firebird in 1910. Shortly thereafter, he composed what is probably his most famous work, The Rite of Spring, having just reached age 30.

Settling in Switzerland during World War I, Stravinsky moved with his wife and children to France a few years after the 1917 Russian Revolution. He continued to create orchestral works, and compositions for piano and wind instruments, often performing on piano as well.

He moved to the United States in 1940 (becoming a naturalized citizen in 1945) and completed his first and only full-length opera, The Rake's Progress, in 1951.

Stravinsky continued to create new music beyond his 80th birthday; he died in New York City on April 6, 1971, at age 88.