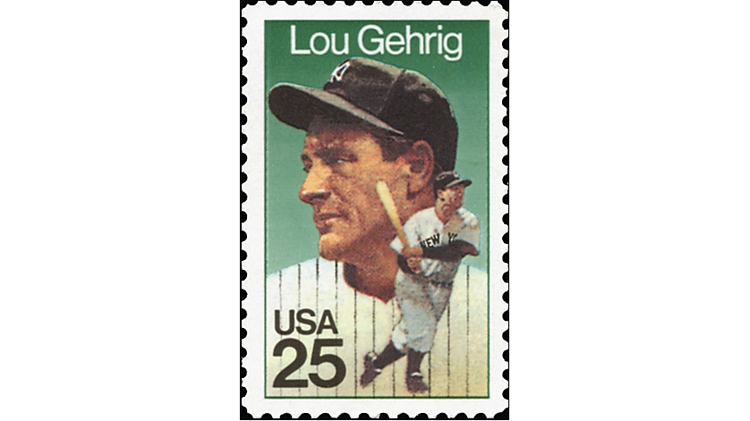 The baseball legend known as “the Iron Horse,” Lou Gehrig, was born June 19, 1903, in New York City. The son of German immigrants, Gehrig attended Columbia University before signing with the New York Yankees in 1923.

In 1925, Gehrig started a game at first base, replacing regular first baseman Wally Pipp. Gehrig then played a record 2,130 consecutive games for the Yankees, thereby earning his nickname in recognition of his stamina and consistency. The record was unsurpassed for 56 years until Cal Ripken played in his 2,131st consecutive game in 1995.

Gehrig had a lifetime .340 batting average and hit 493 home runs in 16 seasons. His final season in 1939 was cut short following a diagnosis of amyotrophic lateral sclerosis (ALS), which was sapping Gehrig of his remarkable physical abilities. The disease would come to be known as Lou Gehrig’s disease in the United States.

Though ALS has no cure, in a famous retirement speech before fans and teammates at Yankee Stadium, Gehrig publicly considered his many blessings and referred to himself as “the luckiest man on the face of the Earth.”

In a special election, Gehrig was inducted into the National Baseball Hall of Fame in December 1939. He died June 2, 1941.