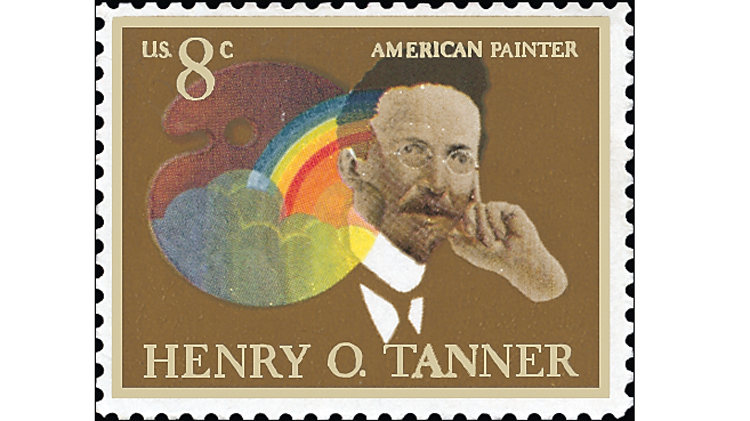 Artist Henry Ossawa Tanner was born June 21, 1859, in Pittsburgh, Pa., but spent much of his youth in Philadelphia, where his father was an African Methodist Episcopal minister.

Deciding at a young age that he wanted to pursue a career in art, Tanner studied for at least two years with Thomas Eakins at the Pennsylvania Academy of Fine Arts, where he was the only black student.

After a photography venture in Atlanta failed in 1888, Tanner moved to Paris in 1891 to study at the Academie Julian. Success came within a few years, with his paintings exhibited at the Paris Salon and the 1893 World's Columbian Exposition.

He remained in Europe as an American expatriate, unwilling to accept the prejudice that existed in the United States.

Among his best known works are the tender portrait of an older black musician teaching a youngster in The Banjo Lesson (1893), and his religious paintings that depict familiar scenes from the Bible, including The Resurrection of Lazarus (1896).

Tanner is widely considered to be the first black artist to achieve international fame.

The 8¢ commemorative honoring Tanner (Scott 1486) is one of four similar stamps issued in 1973 that pay tribute to prominent leaders in the arts.