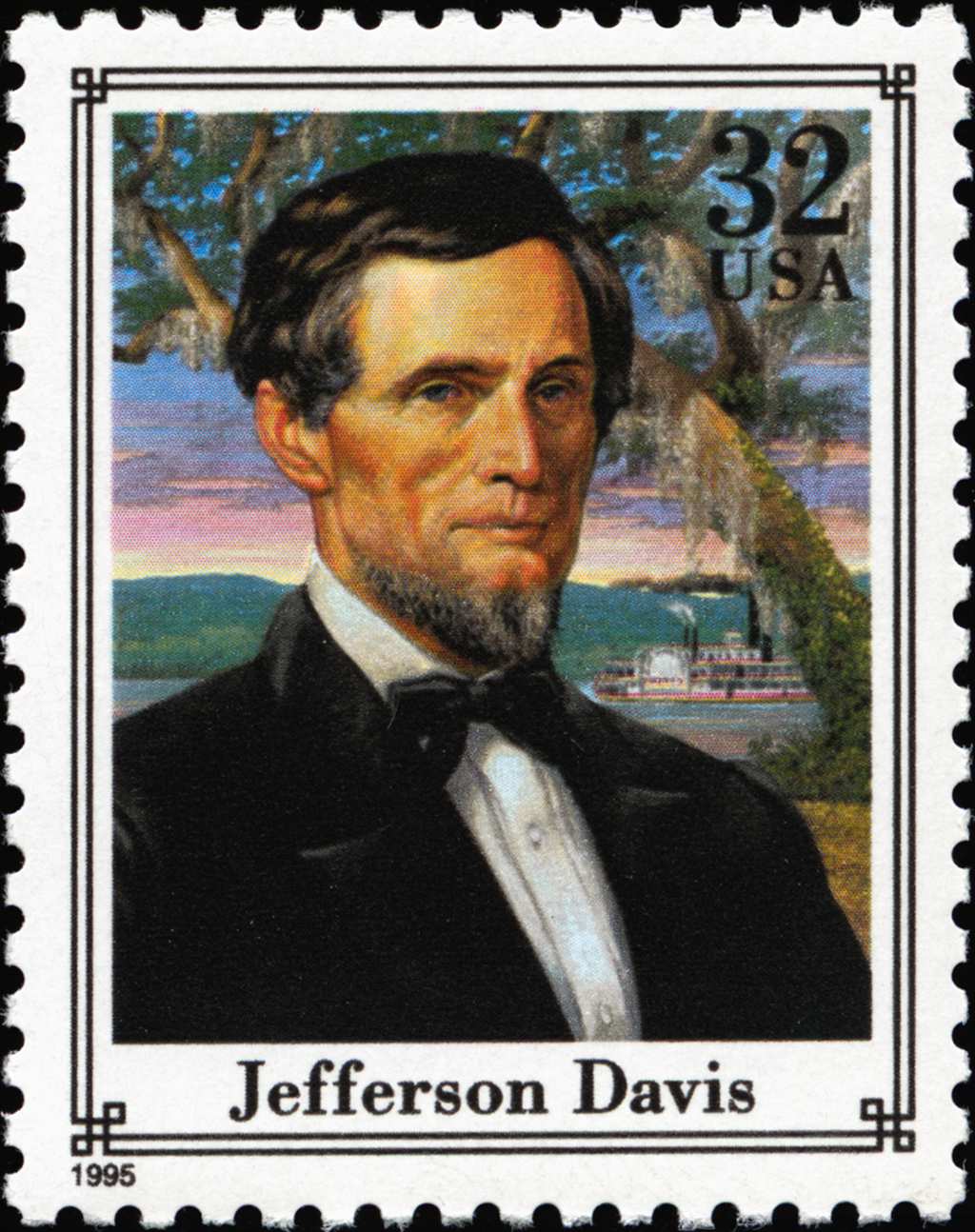 Jefferson Davis, the first and only president of the Confederate States of America, was born June 3, 1808, in Todd County, Ky.

When the United States Postal Service commemorated the Civil War in 1995 with a set of 20 different 32¢ stamps (Scott 2975), one of those stamps featured Davis as the Confederate leader.

Davis graduated from the United States Military Academy, West Point, N.Y., in 1828, and served in the Black Hawk War in 1832. He resigned in 1835 to marry Sarah Knox Taylor, the daughter of Zachary Taylor. They were married for just three months before she contracted yellow fever or malaria and died.

Years later Davis married Varina Banks Howell, and together they had six children.

After 10 years as a Mississippi cotton plantation owner, Davis was elected to the U.S. Congress, but resigned to rejoin the military and command a regiment in the 1846 Mexican-American War.

Davis was appointed to the U.S. Senate to complete the term of a Mississippi senator who died in 1847. He would also serve as Secretary of War under Franklin Pierce before returning to the Senate in 1857.

Although he opposed secession, Davis resigned from the Senate when Mississippi seceded in 1861, and became the Confederate president less than one month later.

After the Civil War, Davis was captured in 1865 and imprisoned for nearly two years. After his release he was granted amnesty by President Andrew Johnson.

Jefferson Davis died in 1889, and is buried at Hollywood Cemetery in Richmond, Va.