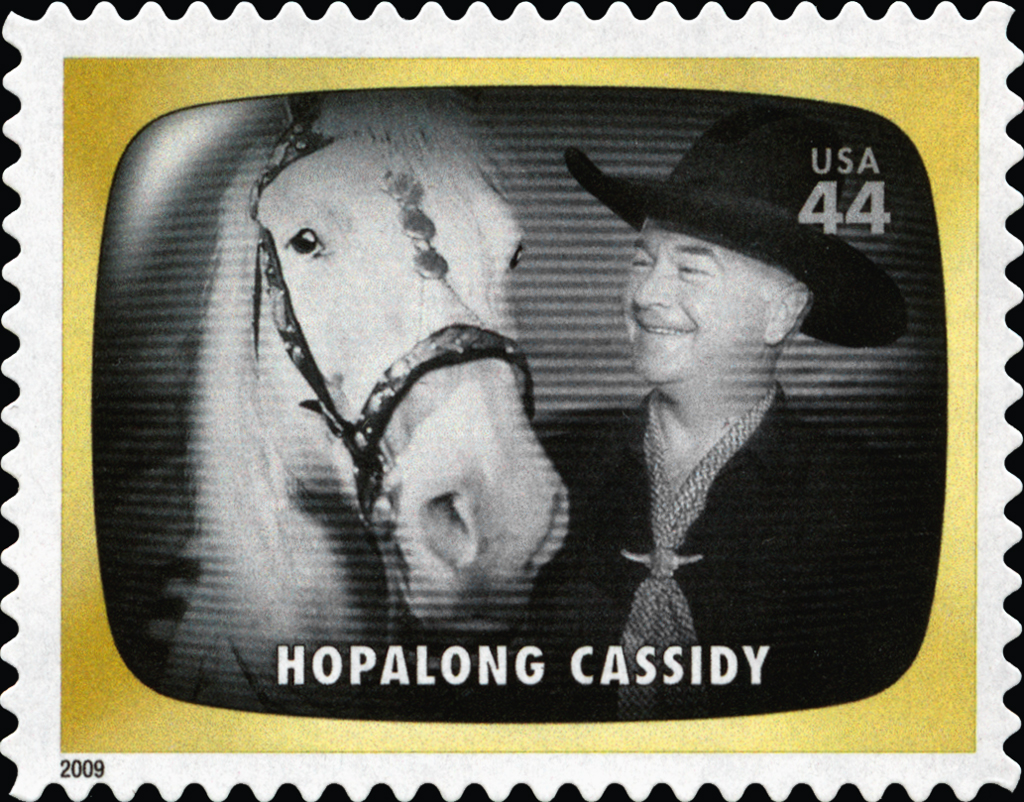 Actor William Boyd, born June 5, 1895, was the face of Hopalong Cassidy, the fictional cowboy who appeared in more than 60 feature films, and on radio and television.

Boyd is pictured on a 44¢ stamp issued Aug. 11, 2009, as part of the Early TV Memories set of 20. The stamp shows Boyd in his Hopalong Cassidy role, along with his horse, Topper.

Boyd was born in Ohio and grew up in Tulsa, Okla. He starred in his first Hopalong Cassidy film in 1935; the television show was first broadcast in 1950.

Text on the liner paper for Early TV Memories stamp pane reads: “William Boyd, a leading man from the silent film era, gave life to the title character of this Western series. As originally created by novelist Clarence E. Mulford, Hopalong was a rough-talking cowboy; later, 'Hoppy' was made suitable for a broader audience. He appeared on the covers of national magazines and on such items as lunchboxes, roller skates, and watches.”

Boyd traveled the country making personal appearances until his retirement in the mid-1950s. He died in 1972.