Bosnia will issue stamps for the visit of Pope Francis 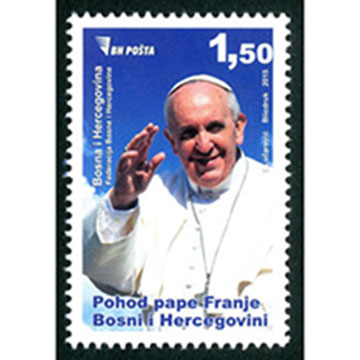 Bosnia and Herzegovina (Muslim Government) also is issuing a stamp for the pope's visit. 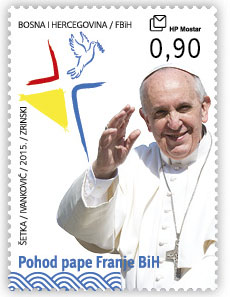 Bosnia and Herzegovina (Croat Administration) will issue a stamp June 6 to honor the visit of Pope Francis. 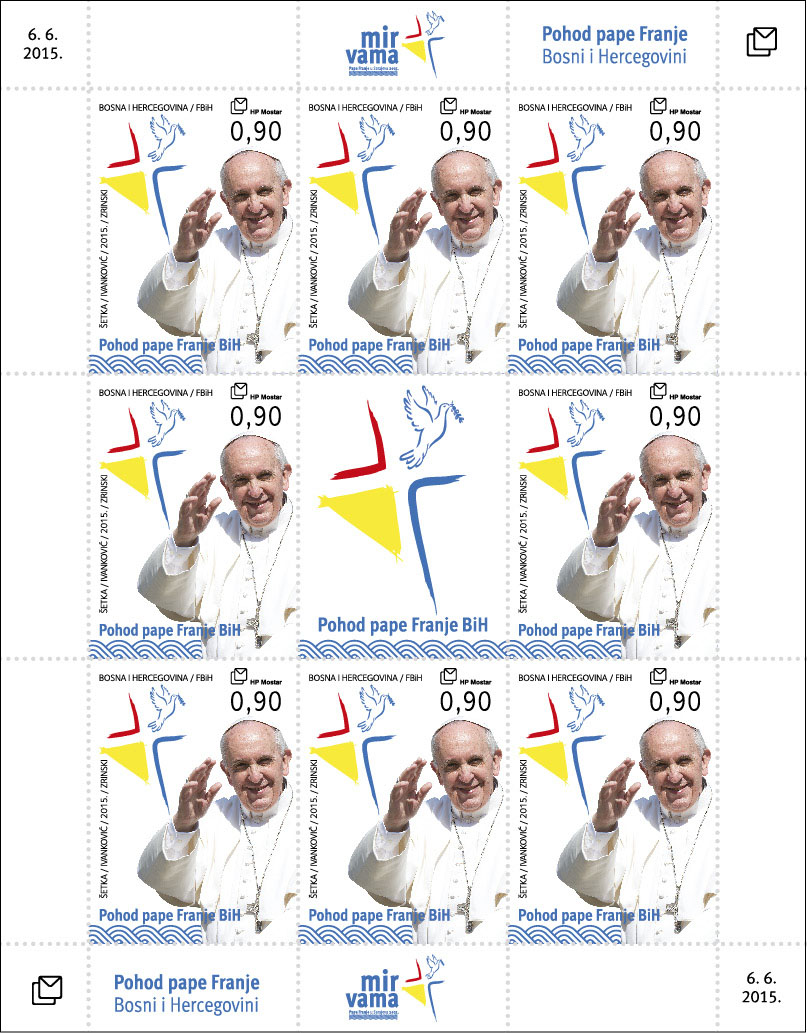 Pope Francis is visiting Sarajevo June 6, and two of the three postal operators that operate in Bosnia and Herzegovina have released the designs of their commemorative stamps to be issued on that day.

The Croatian Post Ltd. Mostar, listed in the Scott Standard Postage Stamp Catalogue under Bosnia & Herzogovina (Croat Administration), is issuing a 90-pfenning stamp featuring a photograph of Pope Francis waving. The design also include the logo for the papal visit, which shows a peace dove to reflect the theme of the visit "Peace be with you."

In announcing the logo on March 26, the Vatican Information Service described it:  " ... Concretely, the dove with olive branch, symbol of peace, is flanking a cross, part of which is a stylized triangle symbolizing the country’s borders, with the colors of white, blue, yellow, and red representing both the country’s flag as well as the presence of Croats in the nation."

The logo was designed by Miroslav Setka and Dragon Ivankovic, who also designed the stamp.

Zrinski printed the stamp by offset in panes of eight stamps and a central label showing the logo. The printing quantity was 100,000.

The papal visit stamp from BH Posta, listed in the Scott Standard catalog under Bosnia & Herzogovina (Muslim Government) is denominated 1.50 markka and shows the photograph of the pope waving against a blue background. Designed by Tamer Lucarevic, it was printed in sheets of 10.