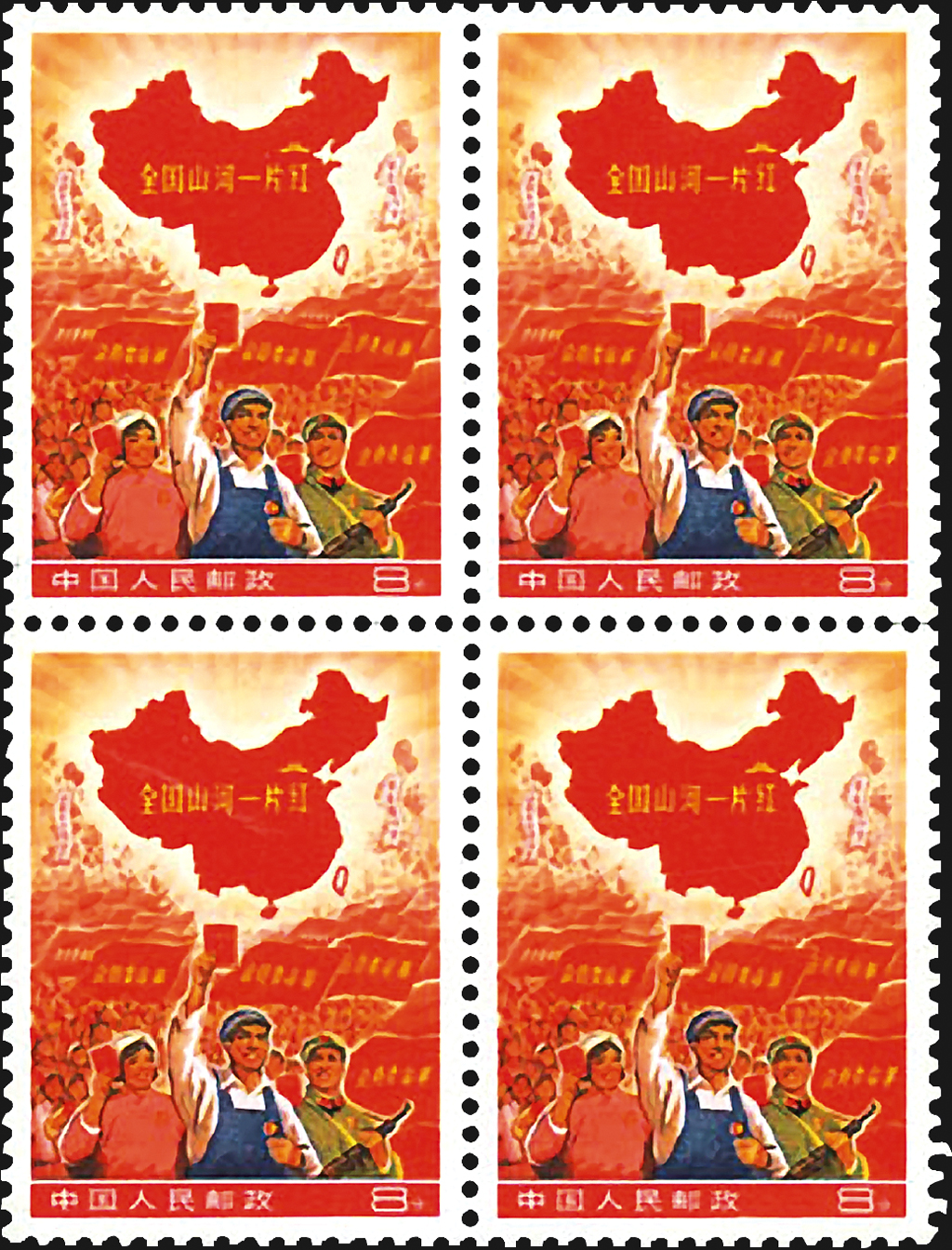 Interasia will sell this marvelous unused block of four of the People’s Republic of China 8-fen Whole Country is Red stamp (Scott 999A) during its July 18-20 auction in Hong Kong. 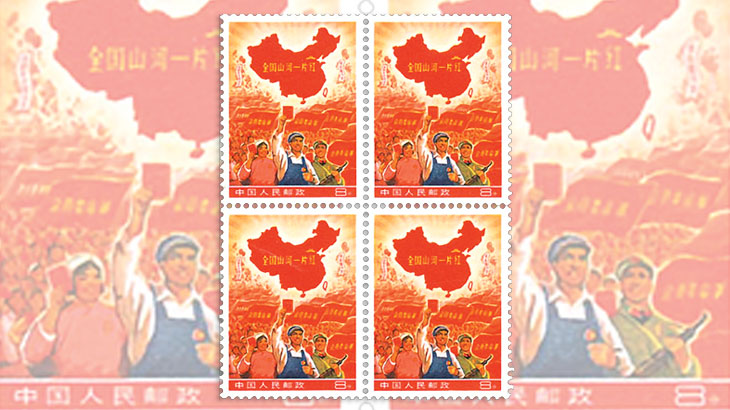 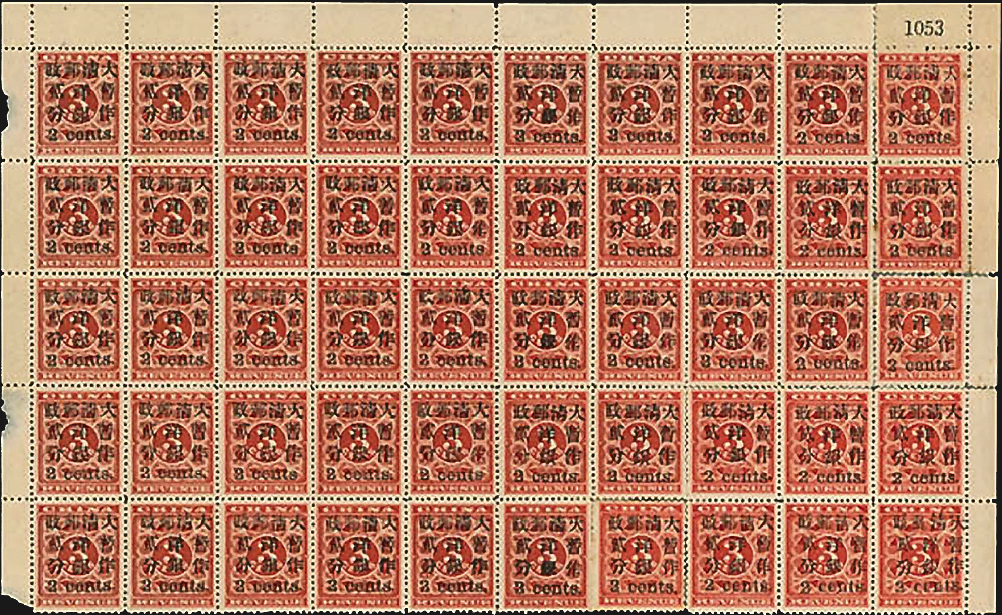 Among the China 1897 Red Revenue items that Interasia will offer in its three-day, July 18-20, auction in Hong Kong is this reconstructed half sheet of 50 of the 2¢-on-3¢ stamp, Scott 79.
Previous
Next

Interasia Auctions will offer a broad array of China, People’s Republic of China, Hong Kong and Treaty Ports, and other Asian countries during a three-day auction July 18-20 at the Excelsior Hotel in Causeway Bay, Hong Kong.

According to the firm’s website, the “2,620 lot sale includes another outstanding offering of China and Hong Kong stamps and postal history, with important Ching Dynasty and Republic of China rarities, substantial postal history, and a major section of People’s Republic and Liberated Areas with notable rarities.”

Two catalogs have been produced for the sale.

Both catalogs are available for viewing on the Interasia website.

Among the China items to be offered are large selections of Large and Small Dragons, Dowager Empress 60th Birthday and Red Revenue issues.

A reconstructed half sheet of 50 of the 2¢-on-3¢ Red Revenue of 1897 (Scott 79) that once resided in the collection of Lam Man Yin is one of the highlights of the China sale.

Interasia describes the sheet as having bright color and being “well centered, overall very fine mint or unused with much original gum.”

Some large multiples also are being offered, one of which is a half sheet of 120 of the 12¢ light blue Queen Victoria (Scott 15).

From stamps and postal history to essays and proofs, there are items to fit a wide range of collecting budgets.

For the People’s Republic of China, Interasia states that its offering “is noteworthy for a number of the rarities from both the early period, including a fantastic sheet margin example of the 1956 unissued Views of Peking with background of rays of sunlight, and the Cultural Revolution with the 1968 unissued Victory stamp and the undoubted highlight — a wonderful mint block of four of the iconic Whole Country is Red [Scott 999A].”

According to Interasia, the 1968 8-fen Whole Country is Red block is “mint with pristine white original gum, immaculately fresh with vivid colors on bright white paper, block folded along horizontal row of perforations with a few separated perfs. at right. An exquisite and very rare block of this iconic stamp with four very fine examples.”

Included in the Interasia lot description for the Whole Country is Red block is a short summary of the stamp’s discovery: “Within the first half day of its issue in Beijing, the editor of the China Atlas Press had discovered that there were geographical inaccuracies in the map (the Archipelagos of Xisha and Nanshi were omitted).