USPS not interested in postal banking, no smoking allowed on U.S. stamps: Week's Most Read 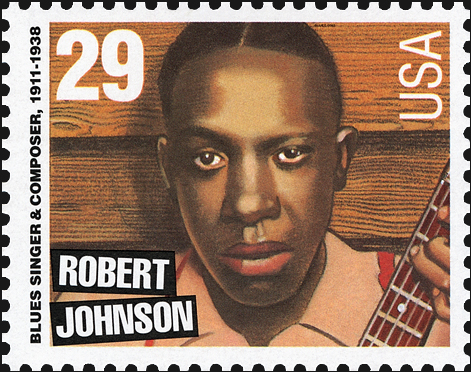 Blues singer, songwriter and guitarist Robert Johnson was honored on a 29¢ stamp (Scott 2857) in the 1994 Jazz Singers/Blues Singers set of eight. Johnson is shown smoking in the photograph that was the basis for the stamp. However, his cigarette was remo

5. Ryukyu stamp difficult to find: America’s bloodiest battle of World War II was fought on Okinawa, the largest and southernmost island in the Ryukyu chain.

4. Summer Harvest issue coming July 11: The commemoratives showing watermelons, sweet corn, cantaloupes and tomatoes will be issued with a first-day ceremony at the California State Fair-Cal Expo in Sacramento.

3. APS 2019 summer show discussion at board meeting, but no decision made: Much of the discussion centered on a proposal that Omaha, Neb., be considered as the site for the society’s annual summer stamp show and exhibition.

2. No smoking policy on U.S. stamps includes removal of cigarettes: Linn’s reader Michael Zlotnick sent some information on cigarettes and stamp art, suggesting it might make an interesting article.

1. USPS issues rare statement against inspector general: The clamor over a report suggesting that billions of dollars could be made by expanding banking services through the United States Postal Service has drawn a rare public condemnation from the Postal Service.