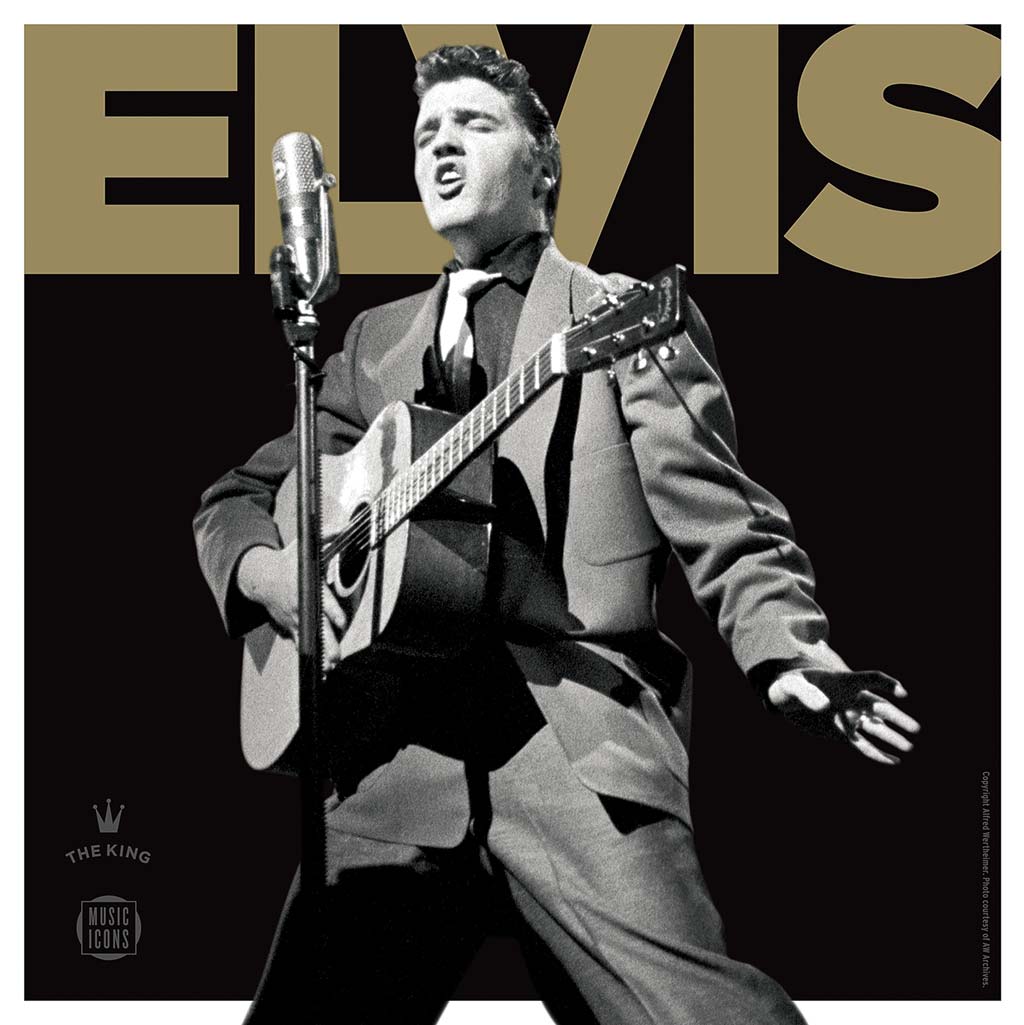 Plans for the new stamp were announced in a USPS news release issued Wednesday morning, June 3.

The image of the new forever stamp has not been revealed. "The stamp image will be previewed at a later date," the Postal Service stated. The Postal Service revealed only the design for the pane's backing paper, which is similar to other panes in the Music Icon series.

The backing paper photograph shows Presley holding a six-string acoustic guitar and performing on a broadcast of The Dorsey Brothers Stage Show from March 17, 1956. The image is cropped from a photograph taken by Alfred Wertheimer. The full photograph also shows guitarist Scotty Moore and bassist Bill Black, both members of the Rock and Roll Hall of Fame, as is Presley.

The stamp will be the sixth in the Postal Service's Music Icon commemorative series. The previous stamps in the series have honored Lydia Mendoza, Johnny Cash and Ray Charles in 2013, and Jimi Hendrix and Janis Joplin in 2014.

"Elvis is a natural addition to our Music Icon Series," said Postmaster General Megan Brennan. "His life and talents are an incredible story. Spanning from his humble beginnings in a Tupelo, Mississippi, two-room house to becoming one of the most legendary performance artists of the 20th century, Elvis Presley’s works continues to resonate with millions the world over."

The stamp will be issued with a first-day ceremony at the Presley family mansion, Graceland, in Memphis, Tenn., as part of this year's Elvis Week celebration, according to the Postal Service.

The Postal Service is encouraging the public to tweet the news using #ElvisForever.