Another stamp in Finland’s Summer Feelings pane pictures a couple in a rowboat on a lake. 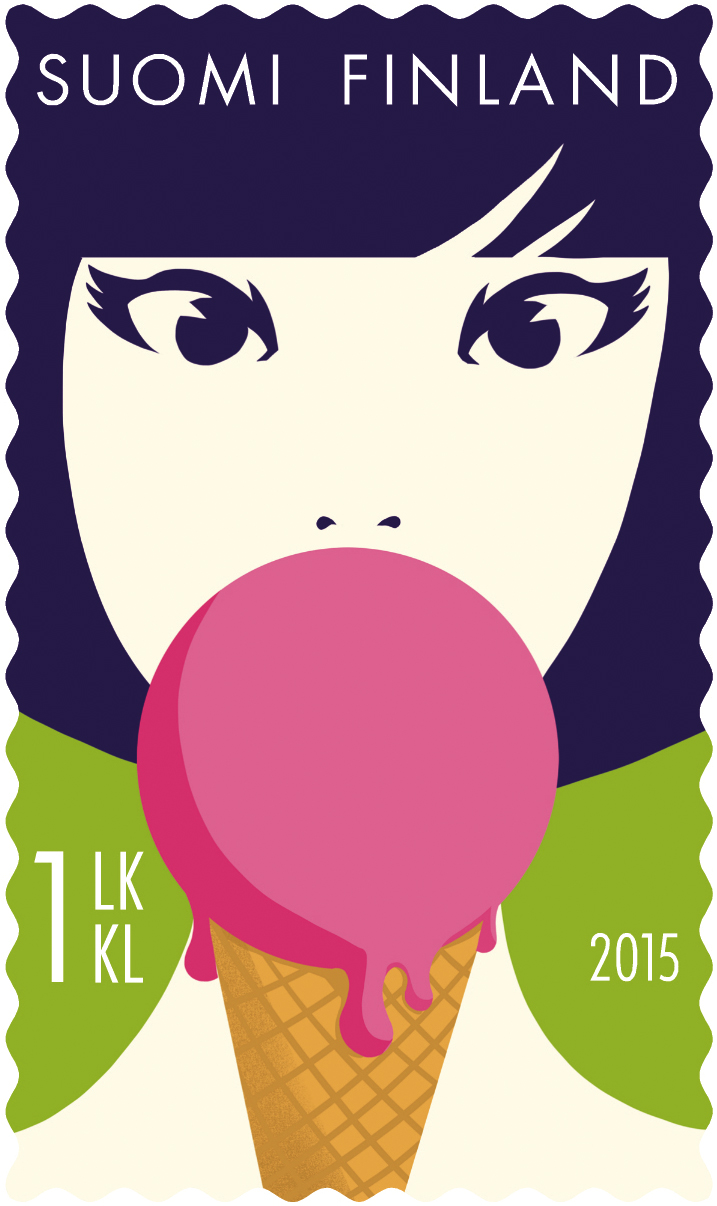 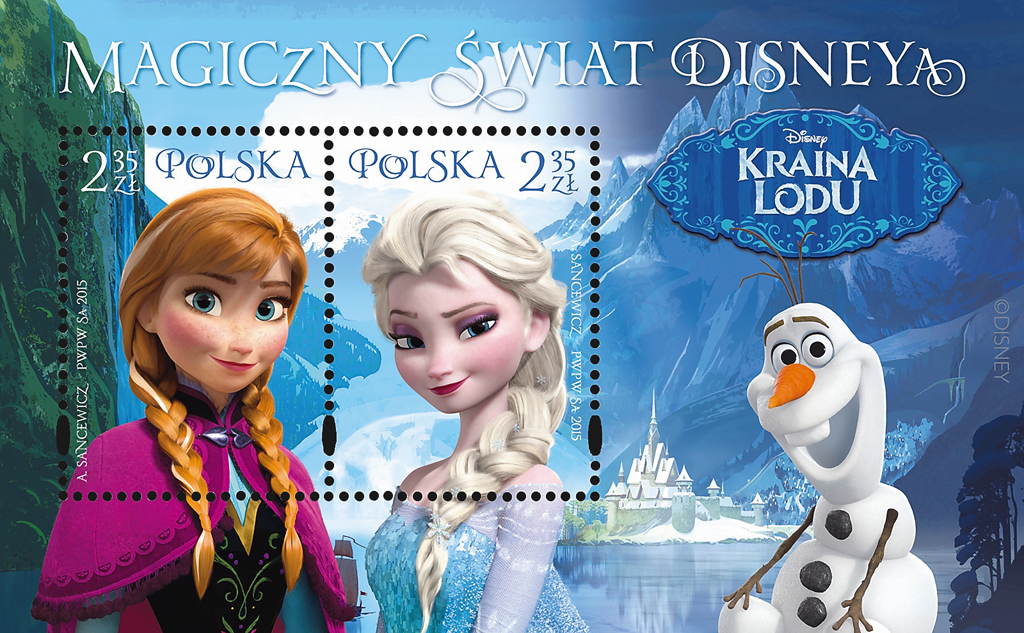 Poland has issued the first stamps featuring characters from Disney’s 2013 film Frozen, the highest grossing animated film of all time, bringing in more than $1.2 billion.

Loosely based on the Hans Christian Andersen fairy tale The Snow Queen, the musical Frozen is the story of two royal sisters of Arendelle, Elsa and Anna. The kingdom becomes locked in eternal winter during Elsa’s coronation as queen.

The two stamps were issued June 1 in a single souvenir sheet. The designs are se-tenant and show the two sisters side by side, with Anna on the left and Elsa on the right.

Olaf the Snowman is pictured in the sheet’s selvage, as is a panoramic view of Arendelle. The Polish title of the film Kraina Lodu (which translates to “Ice Land”) is inscribed above Olaf.

Agnieszka Sancewicz designed the souvenir sheet. It was printed in a quantity of 250,000.

The second sheet, issued a year later, on June 1, 2014, features The Pirate Fairy, the sixth in a series of films featuring Tinker Bell (Scott 4123).

While the Polish souvenir sheet displays a Frozen landscape, a new stamp pane from Finland focuses on summer.

Called Summer Feelings, the pane includes five stamps. One of these does feature a frozen treat — ice cream.

The stamp shows a close-up of a woman eating a strawberry ice cream cone, which is slowly melting in the summer sun.

On another stamp in the pane, a lady bug is riding on top of a strawberry being carried by an ant.

Lakes are included on two of the stamp designs. One pictures a woman diving off a pier into a lake. The other shows a couple enjoying a leisurely afternoon in a rowboat.

The fifth stamp shows a bicycle.

Pietari Posti, a Finnish illustrator based in Barcelona, Spain, designed the self-adhesive stamps. Finland postal administration, Posti, described his designs as “pared down.”

Joh. Enschede of the Netherlands printed the pane by offset.

Finland issued the Summer Feelings pane May 9. All of the stamps are nondenominated, with the “1LK/KL” inscription indicating that they pay the domestic first-class rate.