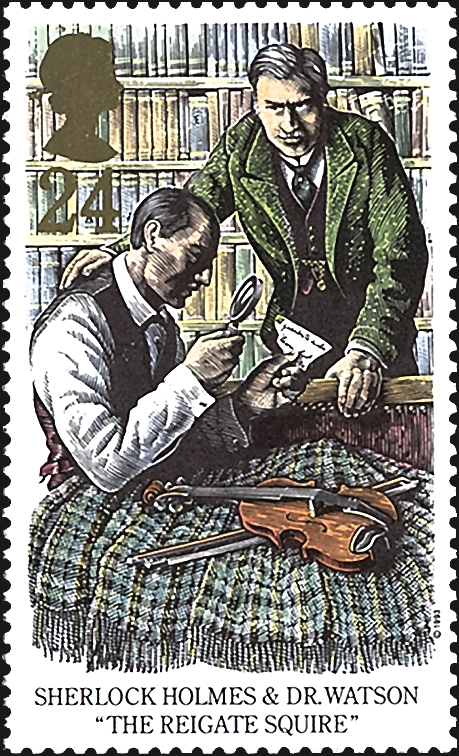 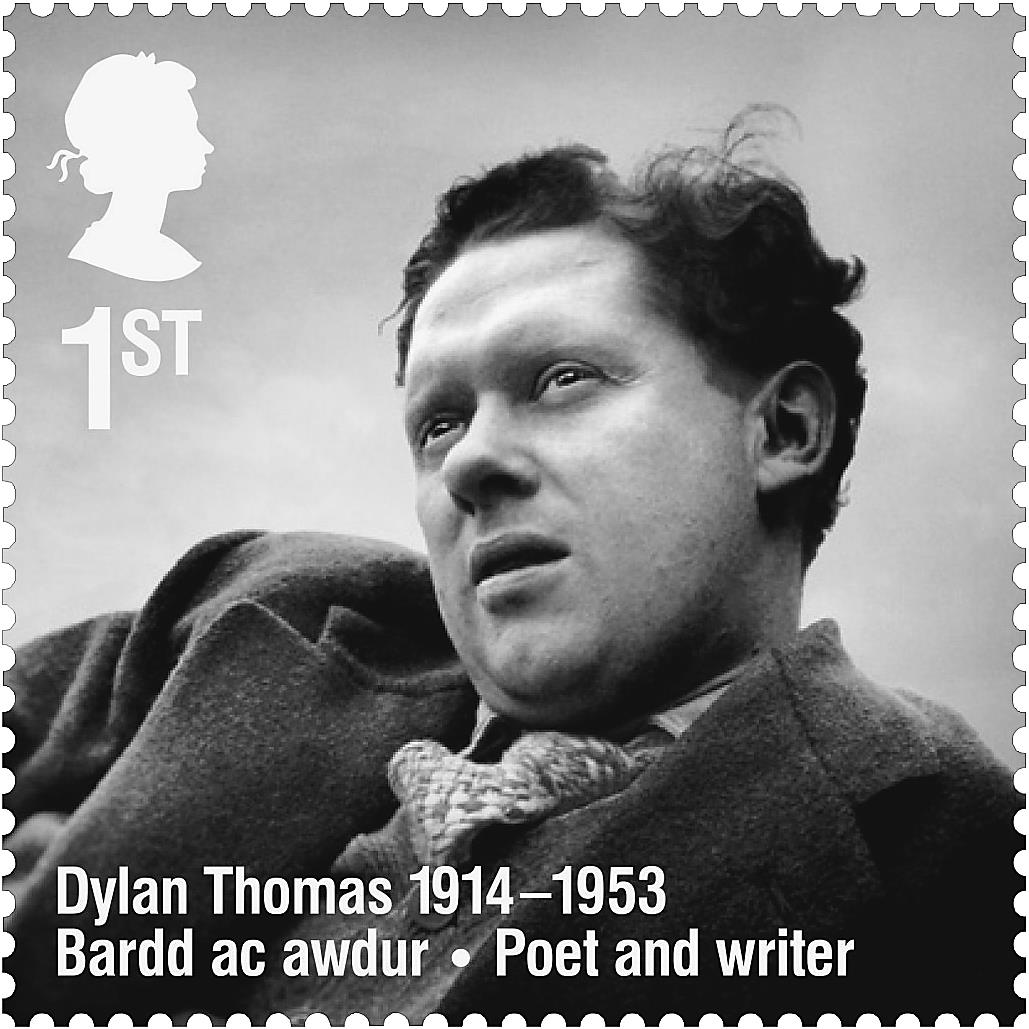 Great Britain commemorated the 100th anniversary of Dylan Thomas, born in 1914 in Swansea, Wales, on this stamp issued March 25, 2014.
Previous
Next

The plaques are part of the celebration marking the 50th anniversary of Royal Mail’s program of commemorative stamps, which it calls “special” stamps.

Each of the 50 mailboxes is located in a city, town or village that has a special connection with the featured stamp.

For example, the image of a stamp honoring Dylan Thomas will adorn a mailbox in his hometown of Swansea, Wales.

Similarly, a Sherlock Holmes stamp will be pictured on a plaque on a mailbox on Baker Street in London.

In the press release announcing the plaques, Royal Mail said: “They will feature a variety of stamps including Winston Churchill, Bagpuss, Dylan Thomas, Robert Burns, the Giant’s Causeway, York Minster and Sherlock Holmes. They will feature in various towns across the UK ranging from London to Llandudno, Belfast to Blackpool, Leeds to Leicester and Edinburgh to Exeter. It is hoped that they will attract interest and attention from locals and tourists alike.”

Andrew Hammond, director of stamps and collectibles for Royal Mail, said: “The UK’s towns and cities have influenced stamp designs over the past 50 years. At the same time, our iconic red postboxes have formed memorable landmarks across the country since 1852. We are delighted to bring the two together, creating new points of interest around the UK in celebration of our stamps’ heritage.”

In the first 50 years of its commemorative stamp program, Royal Mail has released 2,663 different stamps, all approved by Queen Elizabeth before they were issued.

Criteria for the creation of commemorative stamps to honor events and anniversaries relevant to heritage and life in the United Kingdom was devised Tony Benn, postmaster general at the time. In 1965, Benn started work with designer David Gentleman to modernize stamp design, according to Royal Mail.

Although Royal Mail points out that over the last half century, the commemorative program “has mirrored the changes in society and culture at large,” it also states that the original criteria for commemorative stamps have remained virtually unchanged since introduced by Benn.

The five basic criteria include:

3. Reflect the contribution of the United Kingdom to world affairs in the broadest range of activities, from the arts and humanities to science and technology.

4. Explore “the British way of life,” celebrating the diversity of cultures and interests within the United Kingdom.

5. Contribute to the cultural life of the United Kingdom through the patronage of art and design.

As reported in the Jan. 26 issue of Linn’s, the images of all of Great Britain’s commemorative stamps can be viewed at the Royal Mail Special Stamps website.