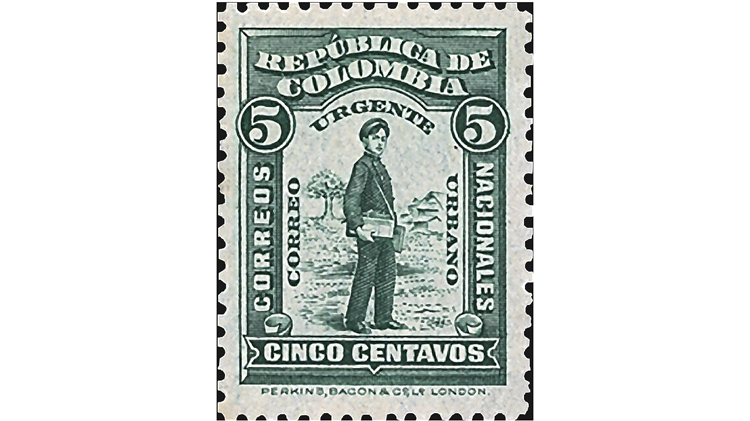 The 1917 Colombian 5-centavo Messenger special delivery stamp (Scott E1) is a good buy in unused hinged condition, currently selling in the $50-to-$125 price range. Postally used examples can bring up to $168. 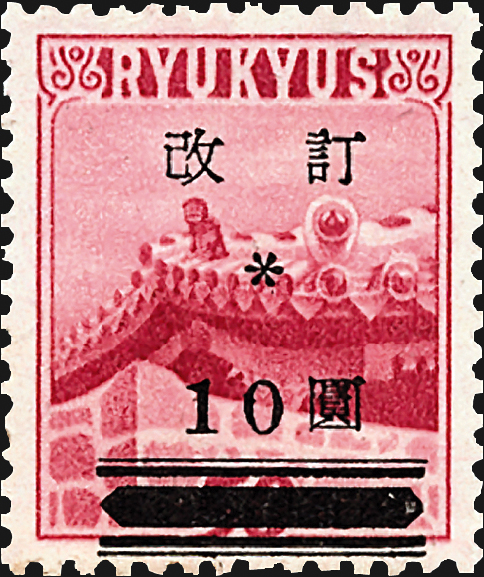 Ryukyu Islands — America’s bloodiest battle of World War II was fought on Okinawa, the largest and southernmost island in the Ryukyu chain.

After the battle, military planners estimated that the invasion and conquest of the Japanese home islands would inflict more than one million casualties on the United States military and result in the deaths of approximately 10 million Japanese. Such considerations hardened U.S. resolve to use atomic weapons to end the war without invading Japan.

The Japanese acquired control of the Ryukyu Islands from China in 1872. Although Okinawans were second-class citizens, the islands were considered part of the Japanese homeland. After the war, the United States retained administrative control of the islands until they reverted to Japan in 1972. A considerable U.S. military presence remains on Okinawa.

Stamps issued for the Ryukyus under U.S. administration are popular with many U.S. collectors, particularly military veterans and their family members who have been stationed there.

The 2015 Scott Specialized Catalogue of United States Stamps and Covers values the stamp with the type III overprint (Scott 16B) at $45 in mint never-hinged condition and $35 used.

This stamp is surprisingly difficult to find in grades of fine-very fine or better and in mint never-hinged condition, and is worth full Scott catalog value.

Colombia — In 1917, Colombia issued a 5-centavo Messenger special delivery stamp (Scott E1). The design features one of the most relaxed-looking special delivery messengers you are ever likely to encounter.

This stamp is in steady demand, and we previously tipped it in the Oct. 19, 2009, and May 20, 2013, Stamp Market Tips columns in Linn’s. In the 2014 edition of the Scott Standard Postage Stamp Catalogue, this special delivery stamp was valued at $60 in unused hinged condition and $150 in used condition, and even then it was undervalued. Examples in unused hinged condition are currently selling in the $50-to-$125 price range, and the latest recorded sale of a used example brought $168.

Unaccountably, the 2015 Scott Standard catalog lowered the values for this stamp to $7 in both unused hinged condition and used condition. The new values are obviously a mistake.

[Editor’s note: Scott editors said that the $7 value is an error that will be corrected in the 2016 Scott Classic Specialized Catalogue of Stamps and Covers with values of $60 unused and $150 used, both in italics.]

Demand for this stamp remains very strong, and it is a good buy at the prices given above.