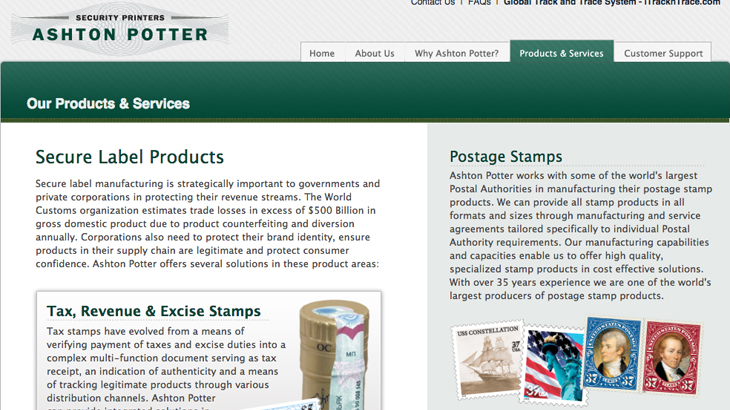 Stamp manufacturer Ashton Potter is planning to expand its operation.

Stamp manufacturer Ashton Potter—producer of postage stamps, personalized stamp envelopes, and secure labeling—is aiming to expand its operation to include a 55,000-square-foot office, printing and storage facility in Amherst, NY, according to The Buffalo News.

"Ashton Potter used to have contracts to produce stamps for Canada, Singapore and Hong Kong but currently works mostly in the U.S. market, although it also makes stamps for Ireland," the report reads. "It handles more than half of all U.S. stamps, plus all envelopes and cards available through post offices, and [Ashton Potter President and CEO Barry] Switzer said it 'probably' makes one-fourth of all postage stamps in the world, since nearly half of the world’s mail is processed in the United States."

"Today, with an estimated 10- to 15,000 stamps being issued worldwide on a yearly basis, keeping up with a general collection has become a daunting, if not impossible, exercise," writes George DeKornfeld in the first post of his new-issues-focused blog.

Spanning more than 425 years of Swedish postal history, Richard Bodin enthralled the members of The Royal Philatelic Society London with an extraordinary display on June 4.

Larry Rosenblum writes in his latest blog post about how postal administrations were entrusted with very valuable goods:

"Perhaps most famously, in 1958 the Hope Diamond was mailed from Harry Winston's New York City jewelry store to the Smithsonian National Museum of Natural History in Washington, D.C. It arrived safely."