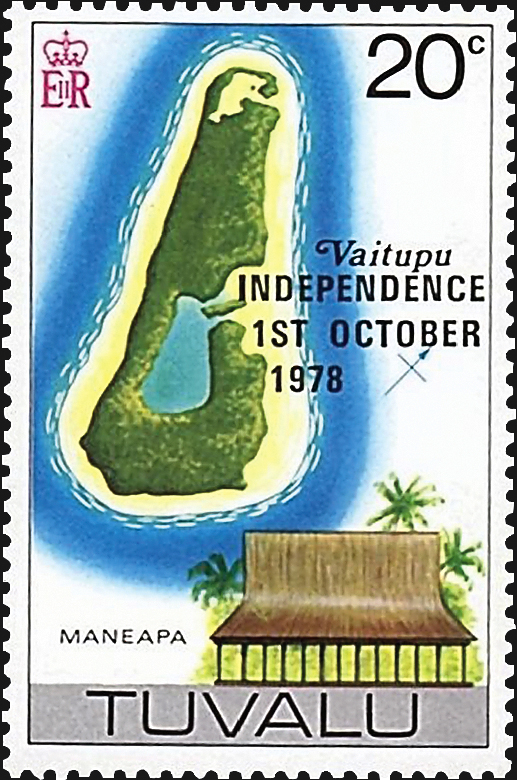 Tuvalu became independent on Oct. 1, 1978. Seven of its 1976 Map stamps were overprinted to mark the occasion, including this one of Vaitupu and a native building. 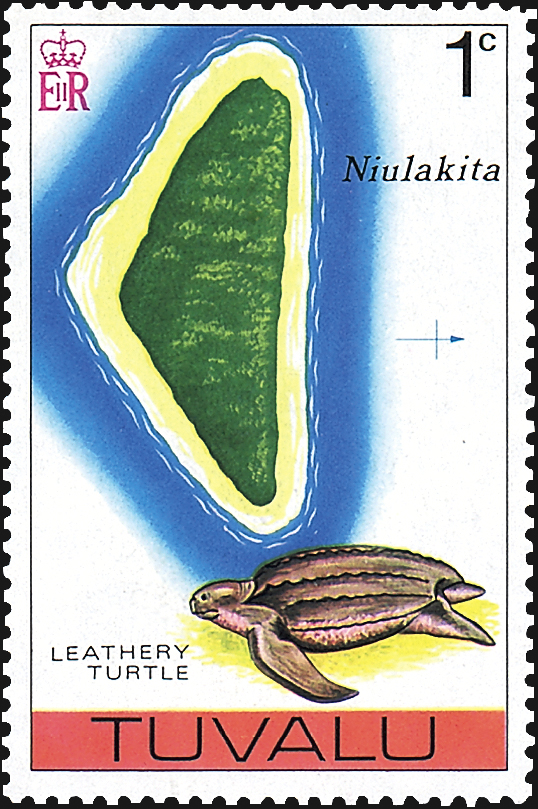 The Ellice Islands became the self-ruling British dependency of Tuvalu in 1975. Maps of the nation’s islands and atolls appeared on 1976 stamps, such as this 1¢ stamp depicting Niulakita and a leathery turtle. 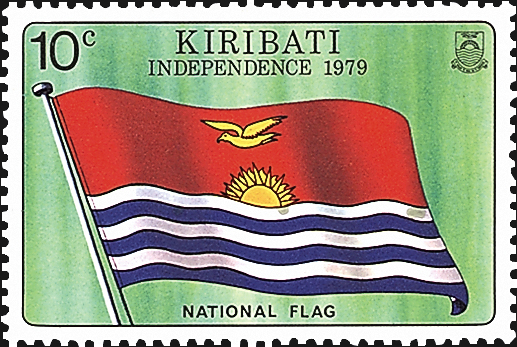 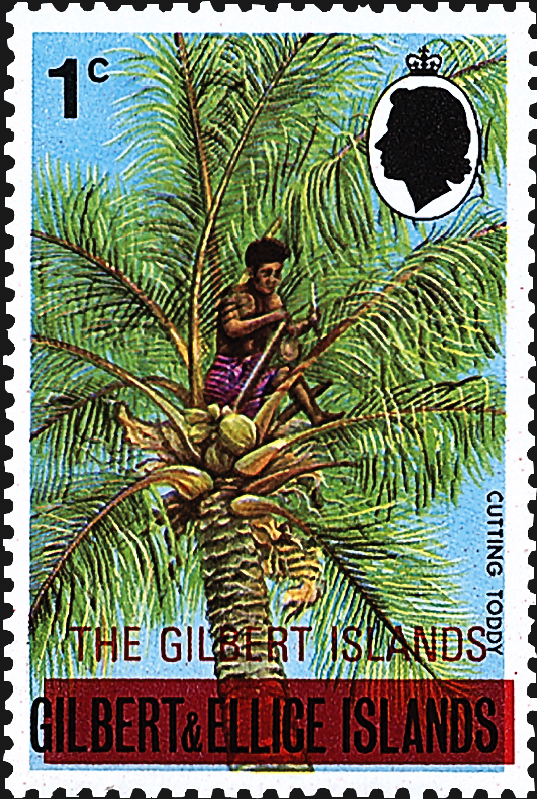 When the Gilbert Islands became a separate self-governing crown colony in 1976, stamps of the Gilbert & Ellice Islands were overprinted with the new entity’s official name. A red bar covers the old name. 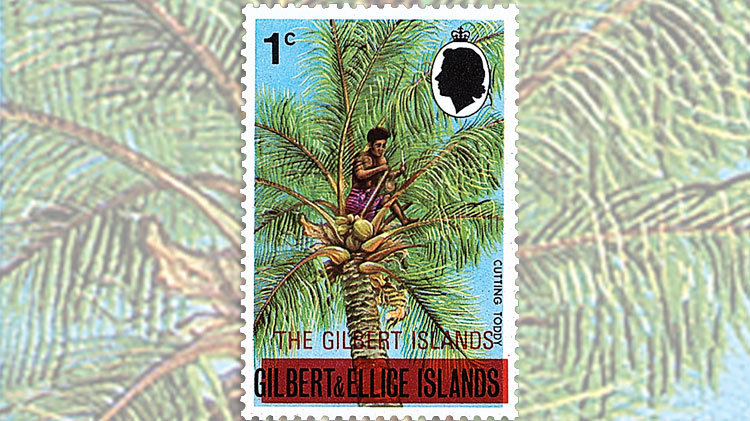 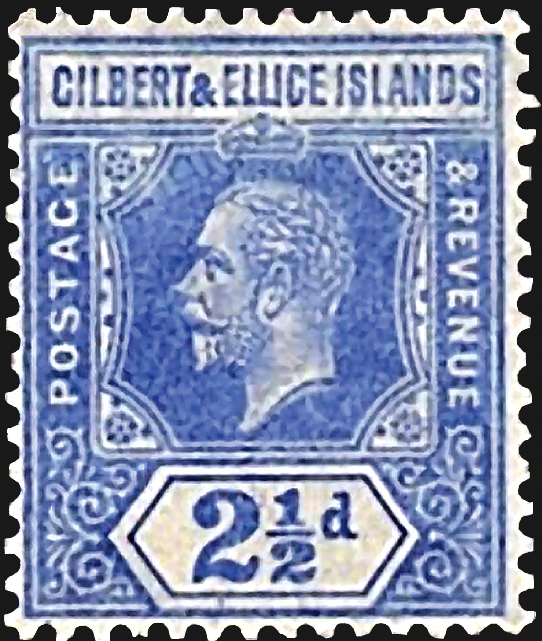 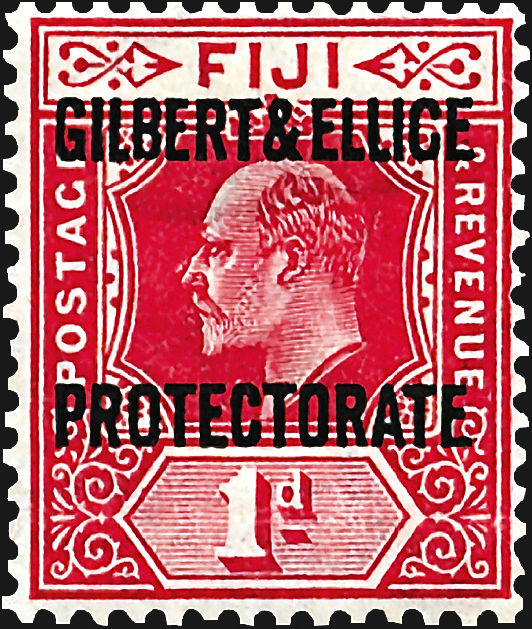 The islands were once a British Protectorate, then a British Crown Colony and, finally, two independent republics that were renamed Kiribati (former Gilbert Islands) and Tuvalu (former Ellice Islands).

From our viewpoint as collectors, one interesting aspect of these geopolitical changes is that each transformation can be documented with postage stamps.

Key type is a basic stamp design used for stamp issues of two or more postal entities, usually differing in the country name and inscription of value. Key type stamps were used in many of the British colonies, with the basic design modified for the issuing colonies.

A British protectorate is a separate territory that, by treaty, is ruled by the British monarch. A British crown colony is ruled by a governor appointed by the monarch.

On Jan. 2, 1976, overprinted Gilbert & Ellice Islands stamps were issued for Gilbert Islands. Illustrated is a 1¢ stamp overprinted “THE GILBERT ISLANDS” (Scott 253). A red bar across the bottom of the stamp obliterates the original “GILBERT&ELLICE ISLANDS.”

Gilbert Islands stamps continued to be produced through 1979, when the colony became an independent republic named Kiribati.

Meanwhile, the status of the nine Ellice Islands was changing as well. The group remained a crown colony until 1975, when Ellice Islands became a separate British dependency with its own government and was renamed Tuvalu.

Maps of each of the nation’s islands and atolls appeared on Tuvalu’s stamps in 1976.

Shown nearby is a 1¢ stamp with a map of the reef island of Niulakita (Scott 23).

Tuvalu gained independence on Oct. 1, 1978, and marked the occasion by overprinting seven stamps issued in 1976 with the words “INDEPENDENCE 1ST OCTOBER 1978.”

The geopolitics of faraway Gilbert & Ellice Islands from long ago to the present day is fascinating, and collecting the attractive stamps that document the history and beauty of the islands is equally absorbing. Give it a try!