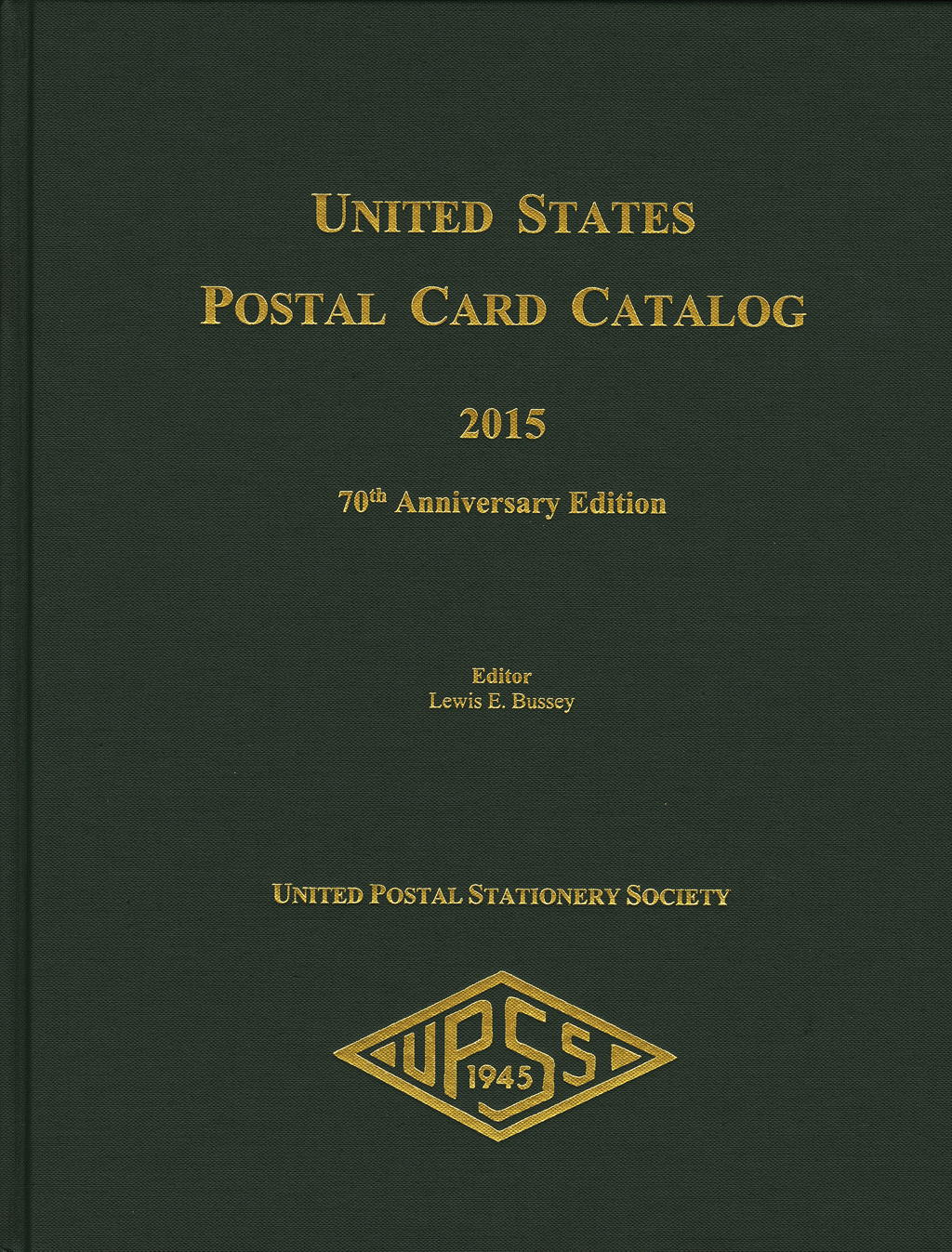 The hardcover edition of the 2015 United States Postal Card Catalog arrived on my desk in mid-June. The catalog is published by the United Postal Stationery Society, of which I am a longtime member.

The society publishes high-quality books and catalogs, and the United States Postal Card Catalog is without a doubt one of its finest.

The hardcover edition is not your only option. The catalog is also available in a three-hole-punch, loose-leaf version.

The 2015 catalog, edited by Lewis E. Bussey with the help of other collectors, celebrates the 70th anniversary of the United Postal Stationery Society. The society is devoted to the promotion and research of postal stationery worldwide.

The United States Postal Card Catalog is a must for any collector of U.S. postal cards.

The catalog is fully illustrated in color. New listings have been added for postal cards issued since the 2010 edition.

In addition to the new listings, the 2015 edition includes several improvements. Images of the 1920 surcharges have been re­scanned for all single and message-reply cards. The specimen cards section has been completely revised to incorporate recently auctioned items.

New images have been added to the exposition cards listed in an appendix, and a handy subject index has been added.

The catalog provides elaborate detail to help the collector identify varieties. As an example, the 1952 revalued postal cards series covers multiple pages that feature clear photographs of the surcharge varieties, including the various placements of the surcharge, the Cincinnati official facsimiles and type font differences.

The postal cards are identified by the society’s own UPSS numbers, but each item also includes the Scott and Krause-Minkus numbers. The 70th anniversary edition offers an appendix that cross-references Scott numbers with UPSS numbers.

Both the hardcover version and the loose-leaf edition are listed on the society’s website at $54 for members and $66.50 for non-members. There are no shipping charges to U.S. addresses.

For information, contact the UPSS Publication Office, Box 3982, Chester, VA 23831, or send an e-mail to upsspubs@aol.com. More information is available at the society’s website.