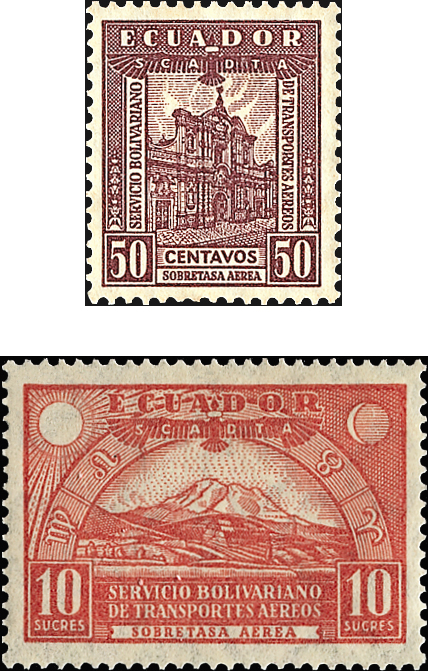 The 1929 Ecuadoran set of 10 Jesuit Church at La Compania and Mount Chimborazo airmail stamps (Scott C16-C25) is well worth the 2015 Scott Classic Specialized Catalogue of Stamps and Covers 1840-1940 value of $501 in unused hinged condition. 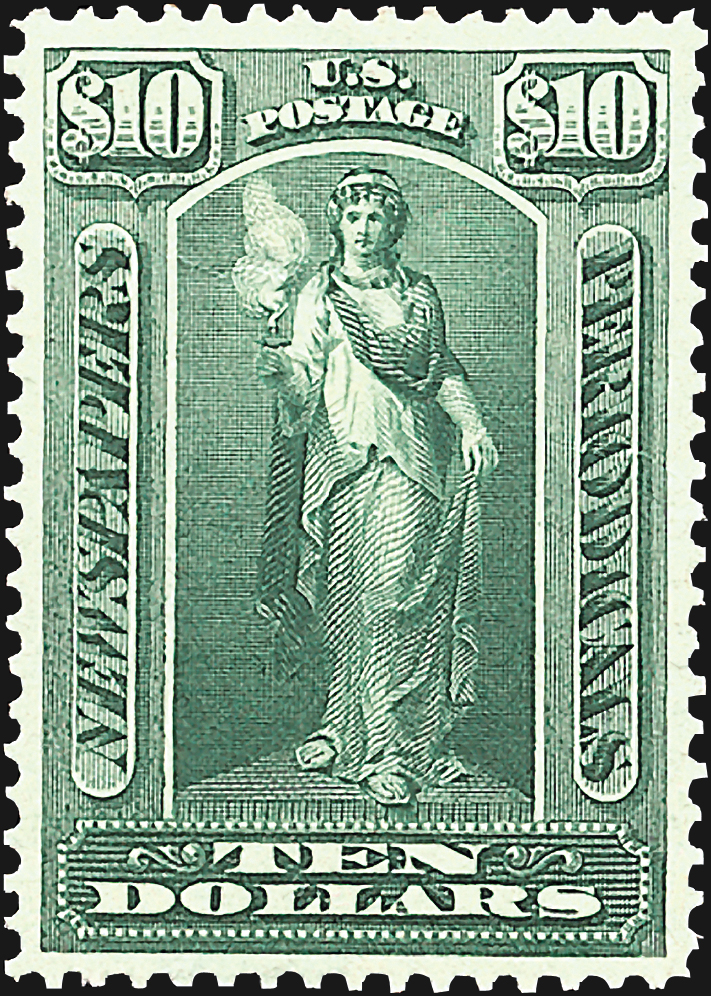 Up to 1875, newspaper stamps were placed on the parcels being shipped and usually canceled with big brush strokes in blue ink. From 1875, they were usually affixed in receipt books, often pen or cork canceled, and retained at the post office.

U.S. newspaper stamps are large and colorful with attractive classic themes and designs. Also, most of them are rather expensive, and it would require deep pockets to form a comprehensive collection.

If you just want a taste, the 1896 $10 green Goddess Vesta newspaper stamp (Scott PR122) is within the price range of most collectors.

In the religion of ancient Rome, Vesta was the goddess of the hearth. Worship of this goddess was conducted by priestesses called Vestal virgins.

The Vestals took a vow of chastity and devoted themselves to tending the sacred hearth fire of Vesta and to the correct practice of her worship.

This newspaper stamp is popular with topical collectors of religion, mythology, Old World archaeology and other related topics.

The 2015 Scott Specialized Catalogue of United States Stamps and Covers values the stamp at $42.50 in unused original gum condition. Although it is currently selling for less than catalog value, there is good demand for this stamp.

The stamp is a good buy in unused original gum condition at $25 to $35.

Ecuador — After many years of relative inactivity, the market for Latin American stamps has become one of the most active. The market for some countries is hotter than others, but almost all are more active than they were a decade or more ago.

Latin America comprises the countries of Central America, South America and the Caribbean whose primary language is Spanish or Portuguese.

Ecuador lies astride the equator on the Pacific Coast of South America. Before the Spanish conquest, it was at the heart of the Incan empire.

On April 1, 1929, Ecuador issued a set of 10 airmail stamps (Scott C16-C25). The six lowest face-value stamps depict the Jesuit Church at La Compania. Mount Chimborazo is shown on the design of the four stamps with the highest denominations. The 2015 Scott Classic Specialized Catalogue of Stamps and Covers 1840-1940 values the set in unused hinged condition at $501 and in used condition at $192.

This is a key set in an Ecuador collection, and it is well worth full Scott catalog value or more in unused hinged condition. When buying, pay special attention to the top four denominations, which comprise almost 91 percent of the set’s value. You might have to buy a short set of the lower denominations and fill in the higher denominations one stamp at a time. Stamps in mint never-hinged condition would bring a large premium. — H.G. & R.M.