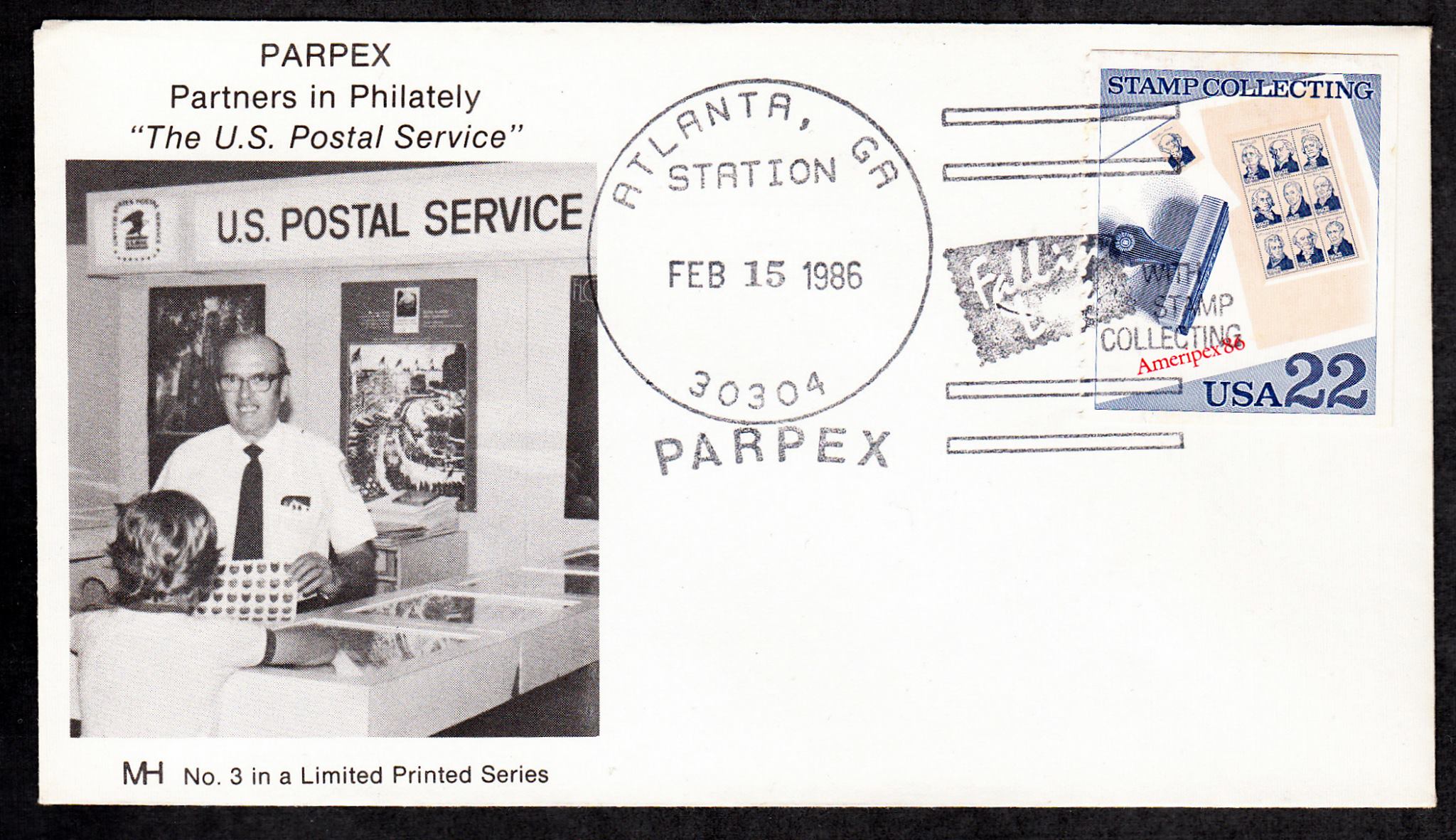 The 22¢ Stamp Collecting stamp on this 1986 event cover is missing the black used to print the Ameripex '86 first-day postmark near the bottom of the Ameripex '86 pane in the design. An eagle-eyed collector spotted the unassuming cover on eBa

Sometimes you see something that eludes everyone else.

Such was the case for Gary Dunaier, who posted an event cover for the 1986 Parpex show in Atlanta on the "APS Stamp Talk with Nancy Clark" Facebook page.

"I came across this cover on eBay and put it on my "watch" list because there was something about the cancel that appealed to me — specifically, how the 'ATLANTA, GA STATION' letters looked like they were taken from a typewriter," wrote Dunaier on Clark's Facebook page.

"I rarely commit to a watched item (that is, place a bid or let it go) until there’s less than 24 hours to go.

"But I looked at it before then and found that the cover was franked with one of the missing color error stamps from the 1986 Stamp Collecting booklet!

"I was going to bid on it anyway, but I placed a significantly higher bid than I would have otherwise and hoped nobody else would notice the cover.

"I guess it’s obvious, since I’m writing about it, that not only did I win the cover, but nobody else noticed. The winning bid: 70¢."

If you look carefully at the stamp on Dunaier's cover, you will see that the black Ameripex '86 first-day postmark that appears near the bottom of the Ameripex '86 pane in the design of a normal stamp is missing.