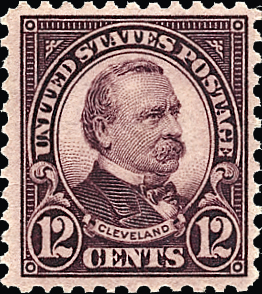 Grover Cleveland, who was born March 18, 1837, earned a few unusual distinctions during his time as president of the United States.

He was born in Caldwell, N.J., the son of a Presbyterian minister, but the family moved to Fayetteville, N.Y., when Cleveland was just four years old.

After his father's death, Cleveland worked as a clerk and a teacher before studying law, and would serve as mayor of Buffalo and governor of New York before winning his first term as president in the very close election of 1884.

He had been known in New York for exercising his veto power to oppose spending excesses, and he continued to do so while in the White House.

Defeated by Benjamin Harrison in 1888, Cleveland ran for president again in 1892, defeating the incumbent president. His second term saw the country enter a severe depression. The protracted labor strike against the Pullman Co. in 1894 shut down many of the nation's railroads, delaying mail delivery, and Cleveland sent in troops to prevent strikers from blocking the rail service.