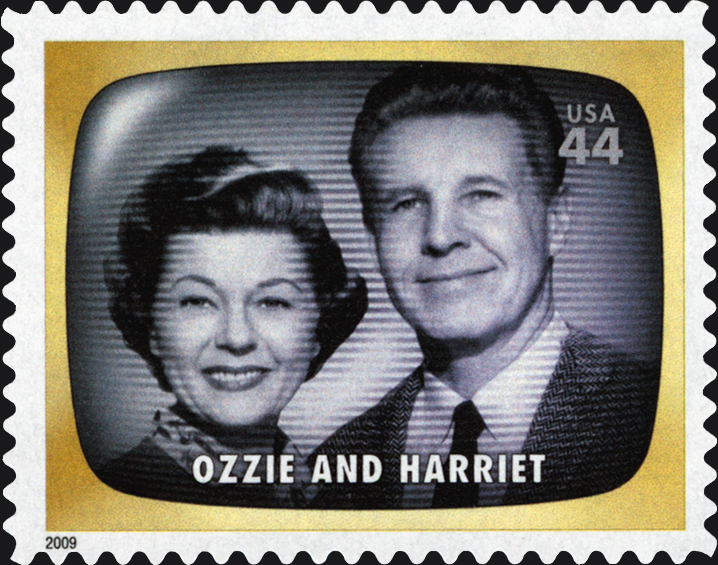 He put together a successful band that performed music in clubs and produced a number of popular records in the 1930s and 1940s. Nelson was also the band's singer and saxophone player.

A vocalist named Harriet Hilliard (born Peggy Louise Snyder) joined the group in 1932, and she and Nelson were married in 1935.

The couple appeared regularly on Red Skelton's radio program in the 1940s, which led to their own radio show based on their family life.

The Nelsons had two sons — David, born in 1936, and Eric ("Ricky"), born in 1940 — and the four Nelsons became entertainment stars, first on radio, and then in 1952 with the hugely popular television family comedy The Adventures of Ozzie and Harriet.

The program ran for 14 seasons (425 episodes), with Ozzie Nelson involved in writing and producing the series, as well as starring in the show.

Nelson would continue to work in television after his series ended, producing and directing episodes of other popular programs. He died in 1975.

Ozzie and Harriet Nelson are commemorated on a 44¢ stamp in the Early TV Memories issue of 2009 (Scott 4414q).