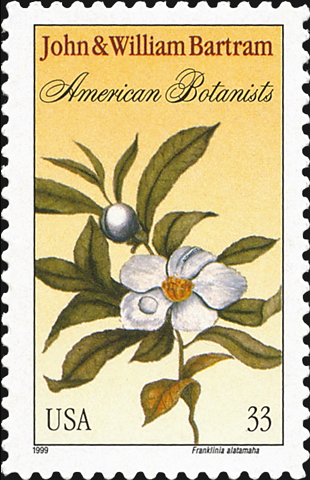 Bartram was a botanist who collected and identified many native American plants and recorded details of the nation's natural environment; he's often referred to as the "father of American botany."

He also exported plants and seeds, and developed an extensive garden in Philadelphia. Bartram's Garden continues to be managed today by the John Bartram Association.

With Benjamin Franklin, Bartram cofounded the American Philosophical Society in 1743.

Bartram's son William (1739-1823) was also a prominent botanist and a talented artist. He shares the stamp honor with his father, and the hand-colored engraving of a Frankliania tree used to illustrate the stamp is based upon William's artwork.