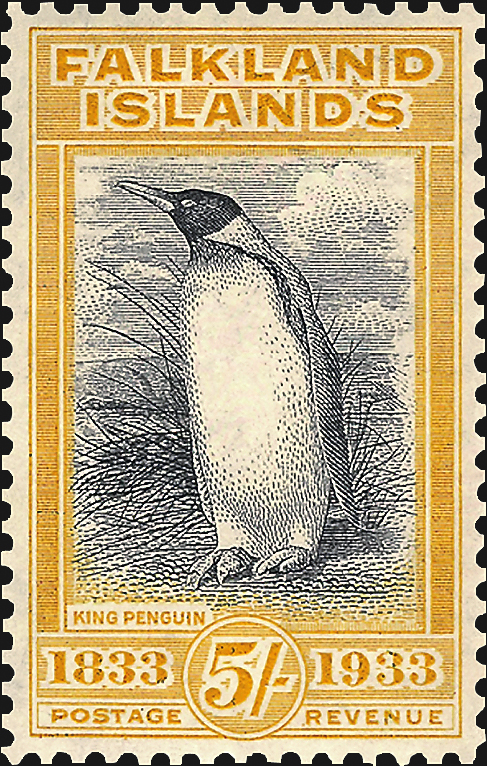 The Falkland Islands 1933 5-shilling King Penguin stamp (Scott 74) is one of the most avidly sought-after stamps in topical collecting. 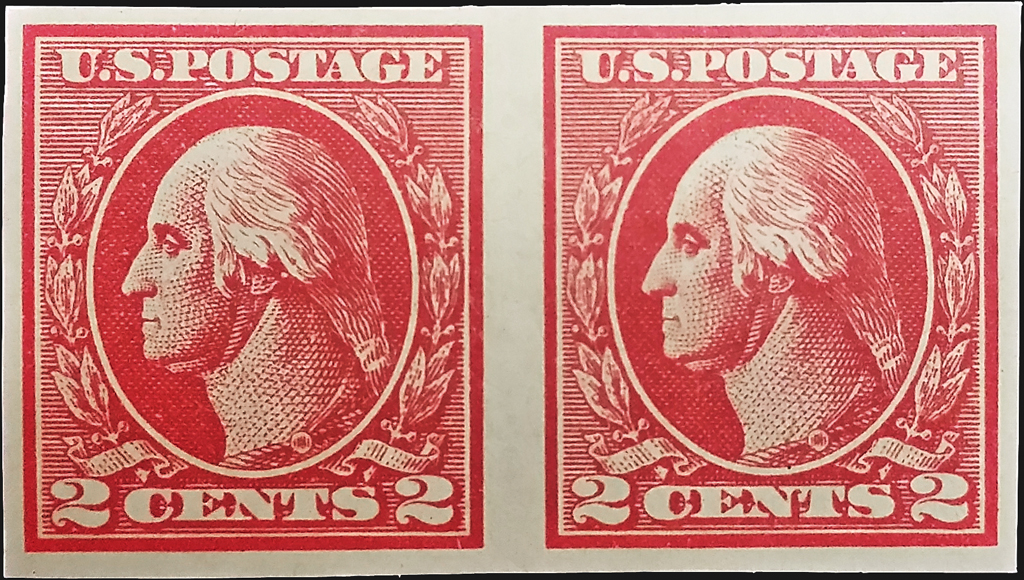 The United States imperforate 2¢ George Washington type VII (Scott 534B) is undervalued in the Scott catalog.

United States — We rarely tip expensive stamps, believing that such tips have a limited appeal for many collectors. However, the 1920 imperforate 2¢ George Washington stamp type VII (Scott 534B) is undervalued in the 2015 Scott Specialized Catalogue of United States Stamps and Covers.

This stamp would be a bargain in whichever condition you prefer and can afford at those prices.

With a stamp this expensive, you want to be sure that you are getting what you are paying for. To aid in identification, the best comparison with a relatively inexpensive stamp is with the perforated 1920 2¢ carmine George Washington stamp type VII (Scott 528B).

A poor fake could be made by adding many dots to an imperforate 1920 2¢ carmine Washington stamp type VI (Scott 534A), but good magnification would easily expose it.

Single stamps, unless they have very large margins, need to be expertized, because the best fakes are produced by trimming the perforations from a perforated 2¢ carmine George Washington stamp type VII (Scott 528B) with boardwalk margins. A good test to detect trimmed examples is to look through the stamp into a strong light. Trimmed singles will often show at least the slightest trace of the edge of perforation holes.

Pairs or blocks can’t be made this way, so if the type characteristics are present, the stamps must be genuine.

Collectors who can’t afford these rarefied prices can still fill the space in their collections with an example with privately applied Schermack type III vending coil perforations. We previously tipped this stamp in the Stamp Market Tips columns for Nov. 2, 2009; July 9, 2012; and July 21, 2014. A nice used example would be an outstanding buy at the Scott catalog value of $85.

On Jan. 2, 1933, a set of 12 stamps was issued to commemorate the colony’s centenary (Scott 65-76). The stamps feature scenes relative to the islands with a portrait of King George V on the £1 high denomination. The set is lovely, but fairly expensive at $4,551 in unused hinged condition.

The 5-shilling King Penguin stamp (Scott 74) is one of the most avidly sought-after stamps in topical collecting. It is a key issue for bird topicalists. The 2015 Scott Standard Postage Stamp Catalogue values the stamp at $900 in unused hinged condition.

If you find this stamp offered at or below $600, it would be a real steal. It is a very fair buy at up to $750. For an example in mint never-hinged condition, expect to pay a 40 percent to 50 percent premium over those prices.

Used examples are valued at $1,250 with the value in italics. That is probably a good price for an example with a genuine contemporaneous cancellation.

Examples are known with forged cancellations, so expertization is necessary when buying the stamp in used condition. — H.G & R.M.