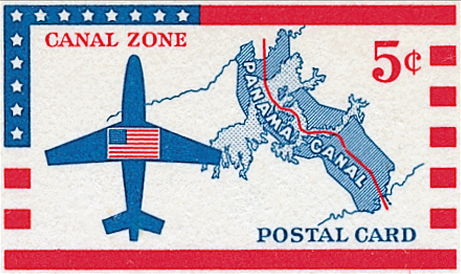 The Canal Zone 5¢ Plane, Flag and Map airmail postal card (Scott UXC1) correctly and contemporaneously used is worth the full 2015 Scott Specialized Catalogue of United States Stamps and Covers value of $7.50. The card was issued Nov. 1, 1958. 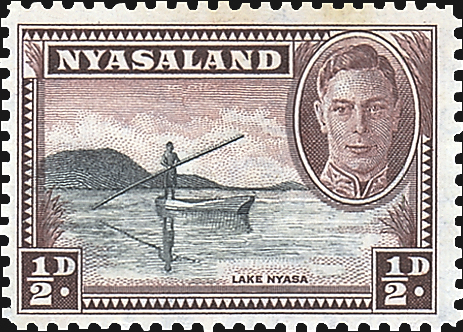 The Nyassaland Protectorate 14-stamp King George VI and Local Scenes set (Scott 68-81) is a good buy in mint never-hinged condition at the 2015 Scott Classic Specialized Catalogue of Stamps and Covers 1840-1940 value of $90.30.

Nyasaland Protectorate — Many collectors have a warm spot in their hearts for colorful engraved colonial issues of the first half of the 20th century. We confess to sharing their affection for these issues.

Nyasaland Protectorate, previously known as British Central Africa, lay on the shores of Lake Nyassa. In 1953, it joined the Federation of Rhodesia and

Nyasaland. On July 6, 1964, it became the independent republic of Malawi.

One of the most attractive British colonial issues of the era is the Nyasaland Protectorate 14-stamp King George VI and Local Scenes set (Scott 68-81) issued Sept. 1, 1945.

If you find the complete set offered at or near Scott catalog value, it is a very good buy. The set is also a good buy in unused hinged condition at around $50.

Canal Zone — The Canal Zone was an approximately 5-mile wide strip of land across the isthmus of Panama, on either side of the Panama Canal. It was administered by the United States from 1903 to 1979.

Over the years, many American citizens lived and worked in the Canal Zone, and many American military personnel were stationed there. It is a popular collecting area with many U.S. collectors.

Like many postal stationery issues of the era, this postal card saw limited contemporaneous use.
The 2015 Scott Specialized Catalogue of United States Stamps and Covers values the card at $3 in mint condition and at $7.50 with the value in italics in used condition.

Correctly used in period, this postal card is easily worth its full Scott catalog value. Browse through dealers’ cover boxes, and you might find a bargain. — H.G. & R.M.