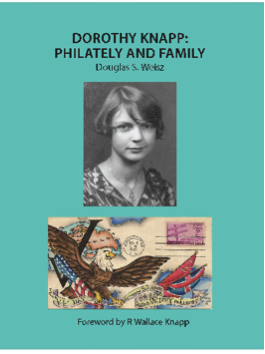 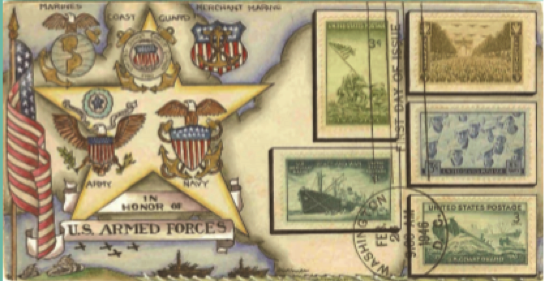 No one has been more influential in the nation’s cover art than Dorothy Knapp, a cachet artist whose work has been seen by millions

The following is a press release from Douglas Weisz:

While most are aware of their existence, few people truly understand the history and vibrant imagination behind the nation’s envelope art. For over a century, stamps, covers and their vast array of designs have been used to communicate to people and detail the continuously evolving American story.

No one has been more influential in the nation’s cover art than Dorothy Knapp, a cachet artist whose work has been seen by millions. In his latest book, Douglas Weisz tells the story of Knapp’s life and the powerful influence of her work on the citizens of the United States.

Dorothy Knapp: Philately and Family is the first book of its kind, and a must-read for any art, philately and history buff.

Dorothy Knapp: Philately and Family is the definitive biography and complete works of the most famous cachet artist in the history of philately. Envelope art has been utilized for over a century to communicate a public message through the mail system. Every stamp and event tells a story and Dorothy illustrated this in her legendary style within the limited canvas of an envelope.

Over 1,600 full color images tell the story of her work of nearly 20 years. The collection of these works uncovered unsolved mysteries about her relationships with others in the industry and identification of her unsigned work. Journals, letters, interviews and family photos tell her personal story and how her life translated into this remarkable body of work.

“While Dorothy Knapp might not be the first name that springs to mind in the art world, her work has majorly influenced generations of artists who present their designs on envelopes,” said Weisz, whose company stocks the largest traveling inventory of fine U.S. philatelic material. “Thousands of collectors have examples of Knapp’s first day covers in their collections, and this book explains the entire backstory of these covers, their creator, and her life.”

Weisz continued, “My research shows that this is also the first book to be published about hand-painted cachet art. You certainly don’t need to be into the hobby to enjoy the book – it’s a vital addition to the collection of anyone who documents art history, American history or for anyone involved in the worlds of collecting and Americana. You’ll marvel at how influential this woman was and still is!”

With the book’s popularity expected to increase, interested readers are urged to secure their copies without delay.