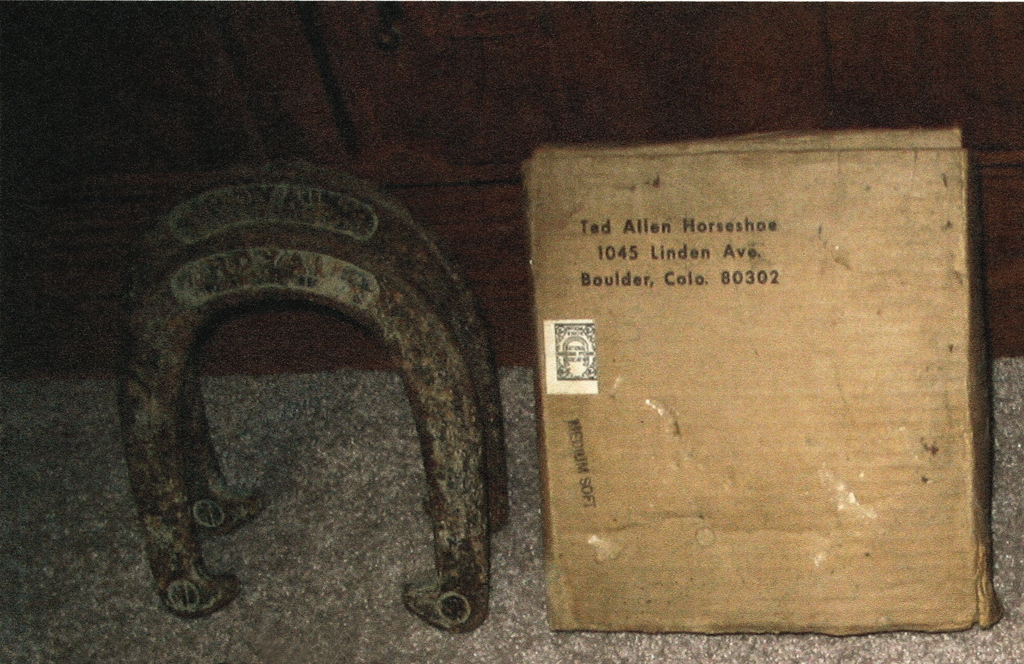 The National Horseshoe Pitchers Association used a private revenue stamp to indicate that a sanctioning fee was paid. The initial fee of 1¢ per pair of horseshoes was paid by the stamp shown on the left. The fee increased to 5¢ in 1940, and t 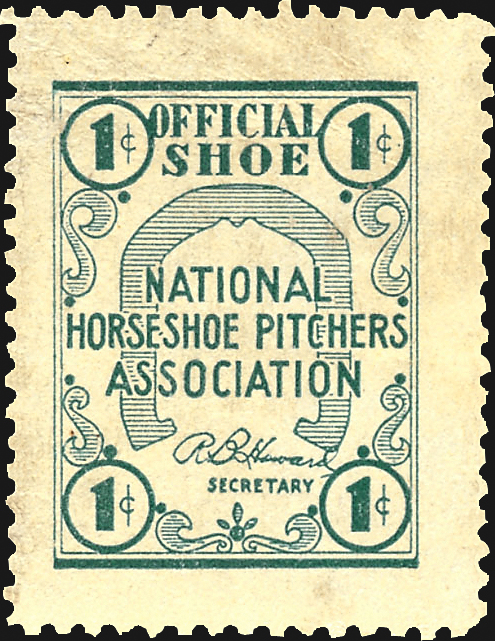 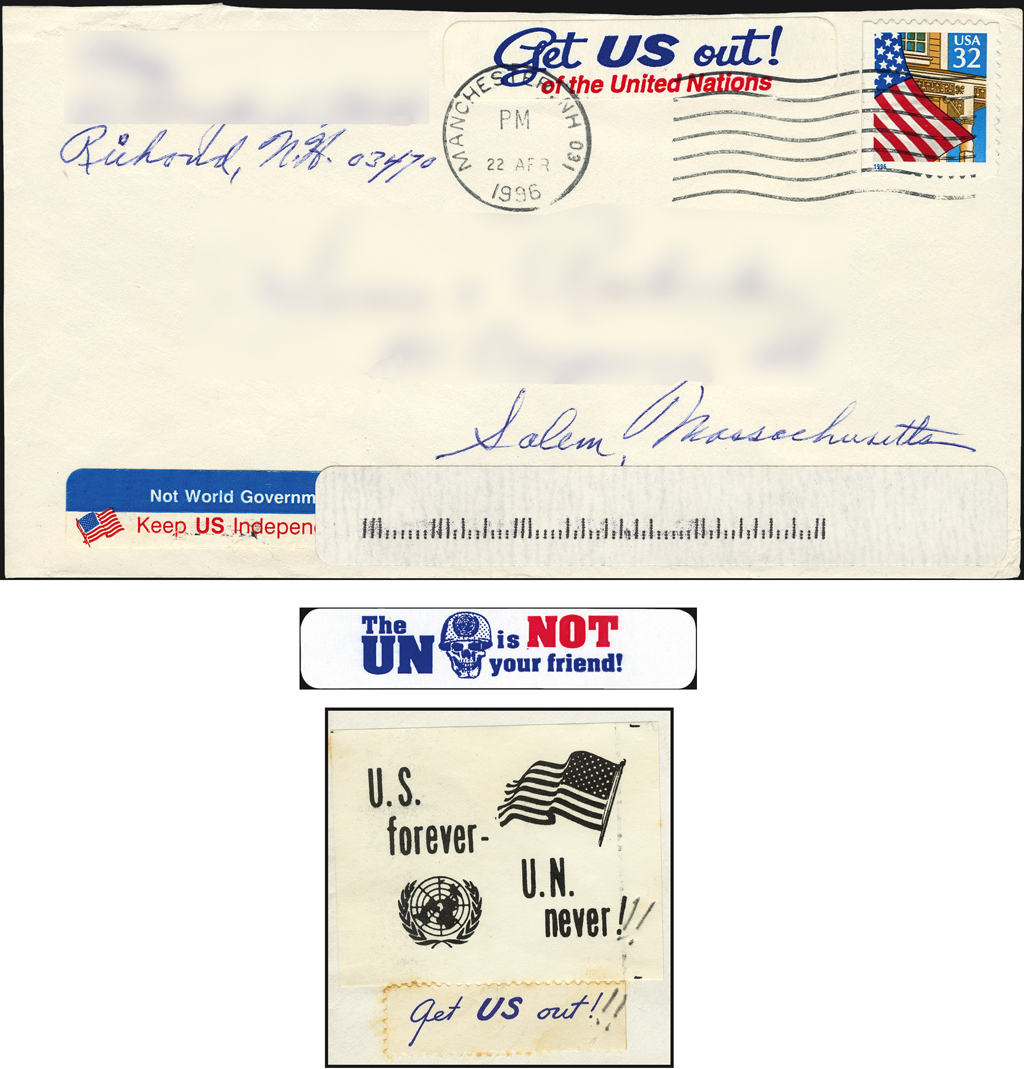 Over the years, the United Nations has had its critics, as shown by the labels here, which all were affixed to covers. 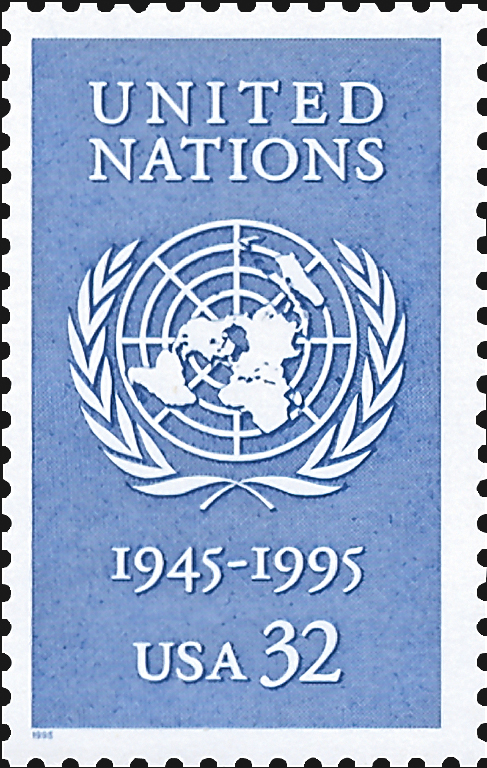 The United States did commemorate the 50th anniversary of the United Nations on this 32¢ stamp issued in 1995. 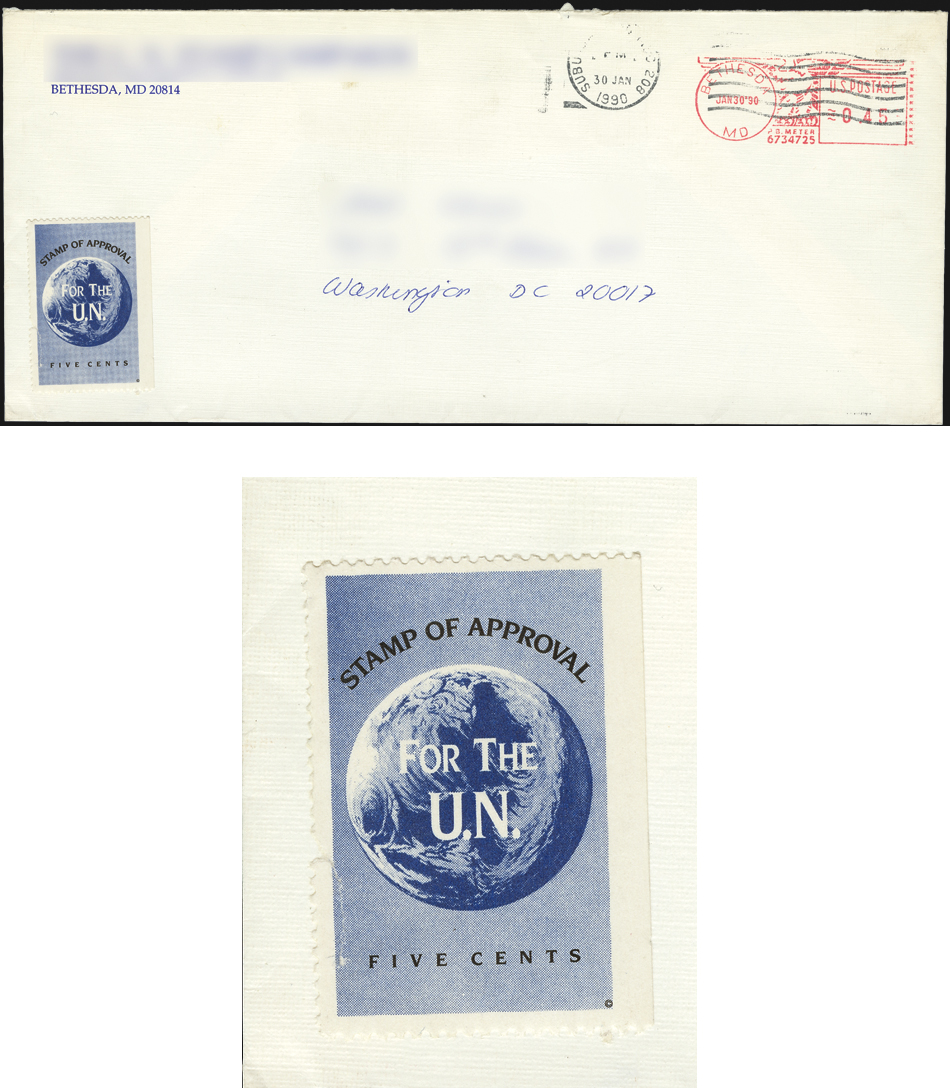 As the 50th anniversary of the United Nations approached, an organization was formed to press for a U.S. stamp to honor the event. A mailing and the label from the cover are shown. 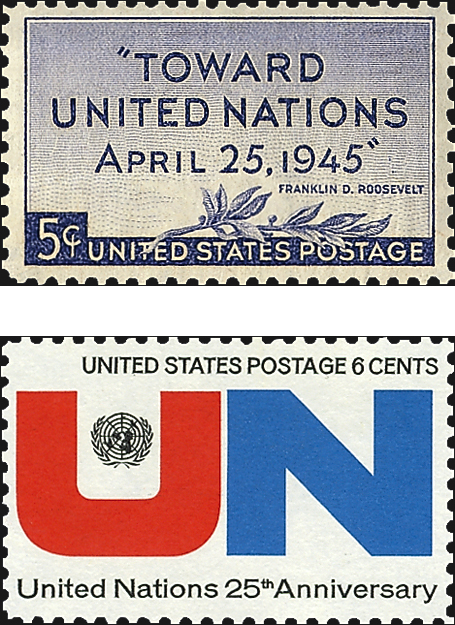 The conference that drafted the United Nations Charter was celebrated on the United States 1945 5¢ stamp at top. In 1970, the 25th anniversary of that milestone was marked by the 6¢ commemorative at bottom.

The United States helped to found the United Nations after World War II, as celebrated by a 5¢ stamp issued April 25, 1945 (Scott 928).

The stamp commemorates the convening of the conference in San Francisco that would produce the United Nations Charter, signed June 26, 1945, by representatives of the 50 nations attending.

As the United Nations approached its 50th anniversary, an organization was formed to make certain that the United States marked that anniversary with another stamp.

A remnant of that effort is shown nearby. The envelope was sent from the U.N. Stamp Campaign in Bethesda, Md., on Jan. 30, 1990. The stamplike label at lower left reads “Stamp of Approval For the U.N.” with “Five Centers” below the image of Earth.

I think that the United Nations is generally accepted as a flawed, but useful institution. It has had its failures, and for a long time has had its vocal critics. These critics also have used the mails to make their point.

Some examples of stickers used on envelopes from 1966 to 1996, graphically cropped from covers, are shown nearby.

The 75th anniversary of the United Nations will be observed in 2020. Will there be a U.S. stamp?

A while back, I pictured a National Horseshoe Pitchers Association cinderella stamp and wondered about its origins.

It turns out to be a private revenue, and it was used by the association to mark boxes of new horseshoes to indicate that a sanctioning fee of a penny per pair of horseshoes had been paid.

The stamp also indicated to customers that they were buying a reputable horseshoe that was approved for play by the National Horseshoe Pitchers Association.

A rule may have even existed that required this stamp for horseshoes to be used in tournaments sanctioned by the association.

The signature “R. Howard” on the cinderella belongs to Raymond Howard, secretary of the association in 1921 and 1933. As the type of horseshoe depicted was in service between 1934 and 1946, 1933 would seem to be the likely date of creation of the cinderella.

In 1937, the association’s magazine listed 11 manufacturers that used the stamp.

After a membership vote in 1939, the fee was raised to 5¢ in 1940. A 5¢ version of the stamp was produced for the new fee. It did not include a signature. An example used on box is shown below.

The fee lapsed in 1942 and was reestablished in 1946. At some point, the fee per pair of horseshoes was replaced by an annual sanctioning fee.

Thanks to Charles E. Nelson, who researched these stamps in the association’s publications of the 1930s and 1940s. Peter Dearing, Casey Sluys and John Austin also provided information.