Through the centuries, icemen and kings wore earrings 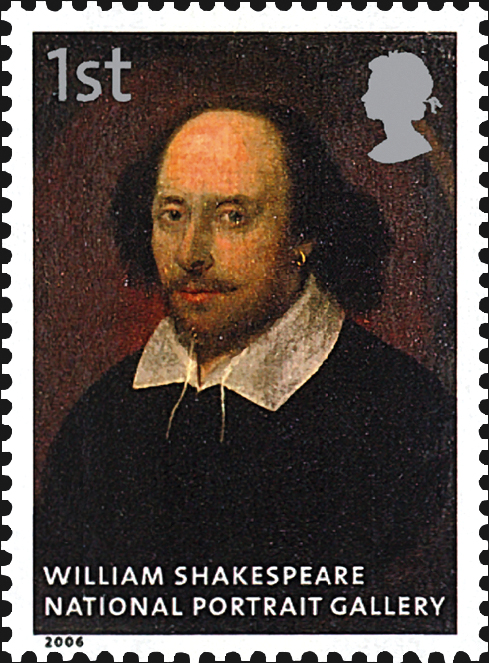 William Shakespeare’s pierced ear is shown on this stamp issued by Great Britain in 2006. 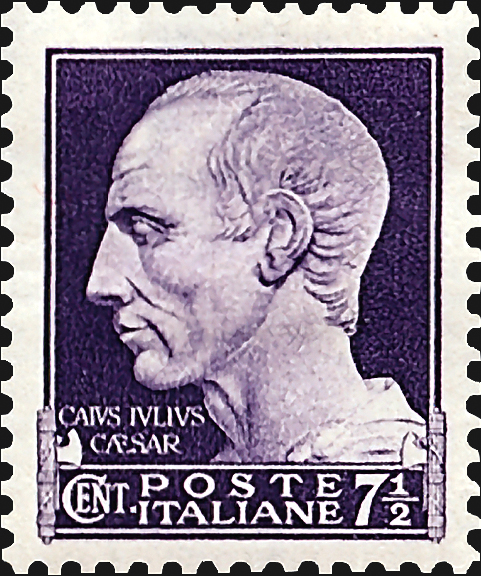 Unisex jewelry was fashionable in Rome during the time of Julius Caesar. The emperor is featured on many stamps, including four in Italy’s 1929 definitive series. 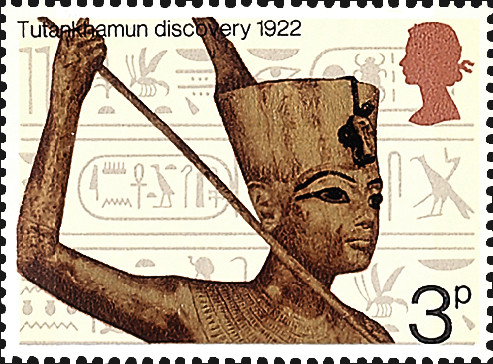 Egypt’s King Tutankhamen also wore earrings. They were displayed at a 1972 exhibit in London, which is honored on this stamp from Great Britain. 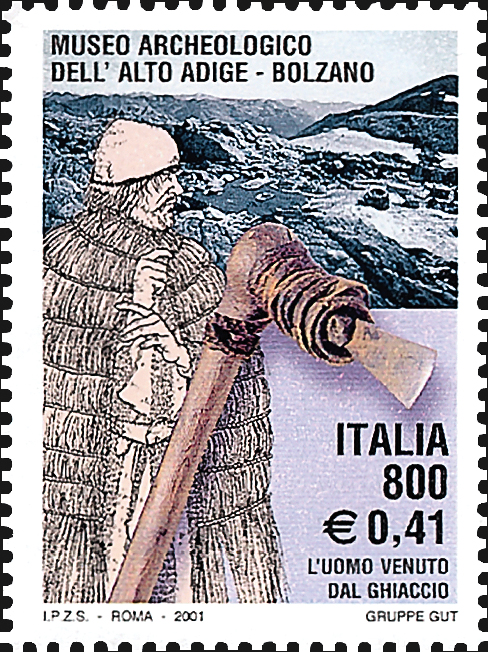 Otzi, the mummified iceman discovered in 1991, had pierced ears. In 2001, Italy issued a stamp to commemorate the 10th anniversary of his discovery. 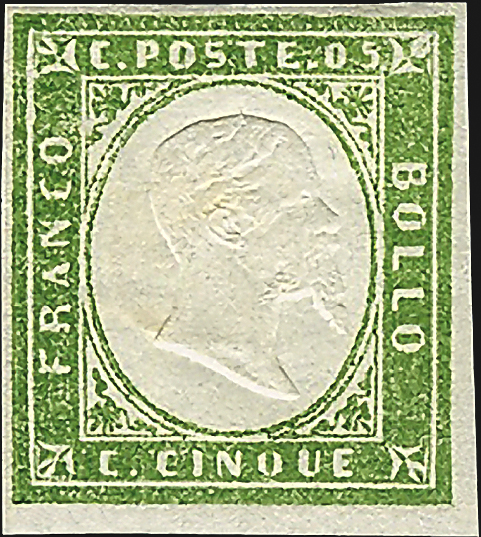 King Victor Emmanuel II is shown wearing an earring on this embossed stamp from Sardinia. 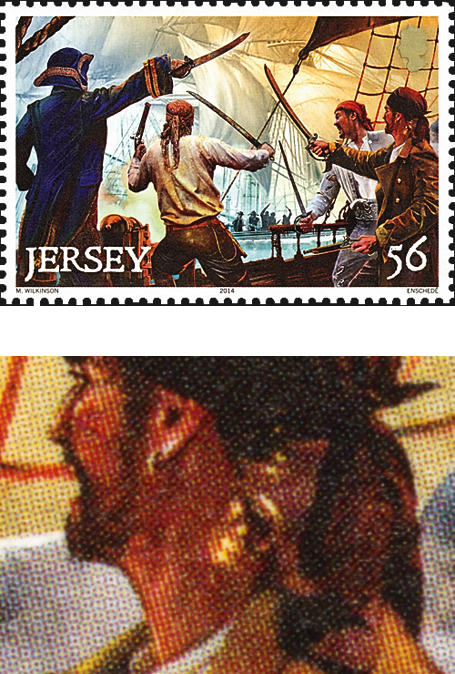 The pirate pictured at right on this recent stamp from Jersey is sporting a large gold earring.

The stamps of the Kingdom of Sardinia from 1854 through 1863 (Scott 7-15) show an embossed portrait of King Victor Emmanuel II wearing an earring.

It has been suggested that this tiny and difficult-to-spot detail was included in the stamp design as a secret mark of the printer.

The earring is not always easy to detect, but the piercing on the lobe is somewhat more prominent.

The monarch who unified Italy was not the only gentleman wearing earrings, but to locate a portrait of his showing such a detail, and a philatelic one especially, is not a simple task.

It may sound like a trivial pursuit to some, but this earring is one of the clues that aids experts in assessing if the stamp is genuine, as opposed to a forgery or a reprint.

In the 1800s, gentry and aristocrats wearing earrings was nothing new. In fact, the wearing of earrings dates back to before recorded history.

Otzi, the 5,500-year-old mummified iceman discovered in 1991 in the Alps glacier on the border between Italy and Austria, had pierced ears. In 2001, on the 10th anniversary of his discovery, Italy issued a stamp (Scott 2422) as part of the annual cultural and artistic heritage series depicting Otzi and his axe.

Exodus 32:2 reads, “Aaron said unto them, break off the golden earrings, which [are] in the ears of your wives, of your sons, and of your daughters …”

In Egypt some 3,500 years ago, earplugs became very fashionable. King Tutankhamen wore earrings that were admired at the mesmerizing 1972 London exhibition of the young pharaoh’s treasure. The memorable event was publicized with a charming 3-penny stamp issued by Great Britain in 1972 (Scott 668).

Unisex jewelry, including earrings, became fashionable during the Hellenistic and Roman periods.

Julius Caesar himself wore earrings. He is depicted on many stamps, including four denominations of Italy’s 1929 Imperiale definitive series (Scott 214, 217, 222A, 229).

In later centuries, sailors and pirates wore earrings. In the design of a 56p stamp issued by Jersey on Oct. 30, 2014, a large gold earring is visible in the ear of the pirate at right.

However, ear piercing in men was perfectly acceptable everywhere except in Western society, where it was originally viewed as effeminate.

This situation gradually changed, and during the Elizabethan era, many famous men, including William Shakespeare and Francis Drake, wore gold earrings.

Both Shakespeare and Drake have been commemorated on numerous stamps.

A 2006 stamp from Great Britain even shows a portrait of Shakespeare wearing an earring (Scott 2391).

Similarly, King Charles I, monarch of three kingdoms (England, Scotland and Ireland), began to wear a large teardrop pearl earring when he was a 15-year-old Prince of Wales and continued to do so until he was beheaded in 1649. Among the stamps picturing the king is one in the pane of six issued Feb. 29, 2000, featuring British monarchs (Scott 924c).

It is reported by chronicles that he wore his pearl earring as he placed his head on the executioner’s block. His earring is now a prized exhibit at the Harley Gallery in Nottinghamshire.

In fact, by the time of the late Renaissance, eccentric painters like Giu­seppe Arcimboldo were quite used to men wearing earrings.

In one his best known and most imaginative paintings, the 1573 allegory of Autumn, an ear in the shape of a mushroom has an overripe, burst fig hanging from it as a vegan earring.

This article about crowned heads and other men wearing earrings is only an appetizer for the topical or thematic collector who might wish to expand on such an intriguing topic.

Giorgio Migliavacca has written 14 books and hundreds of articles on stamps and postal history.