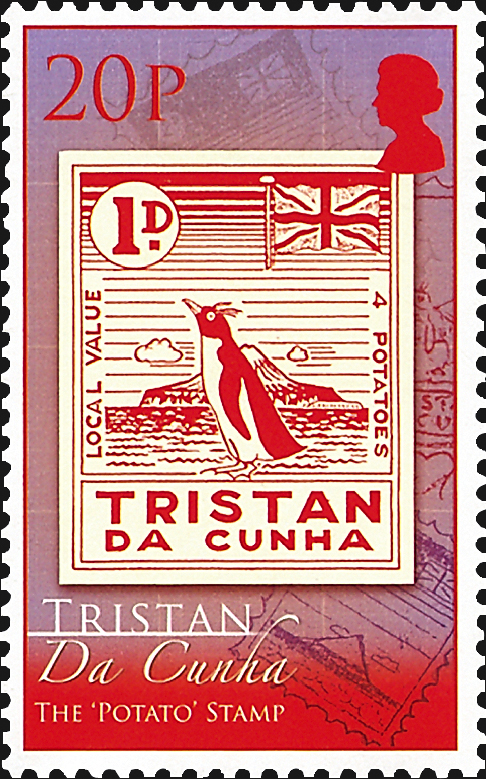 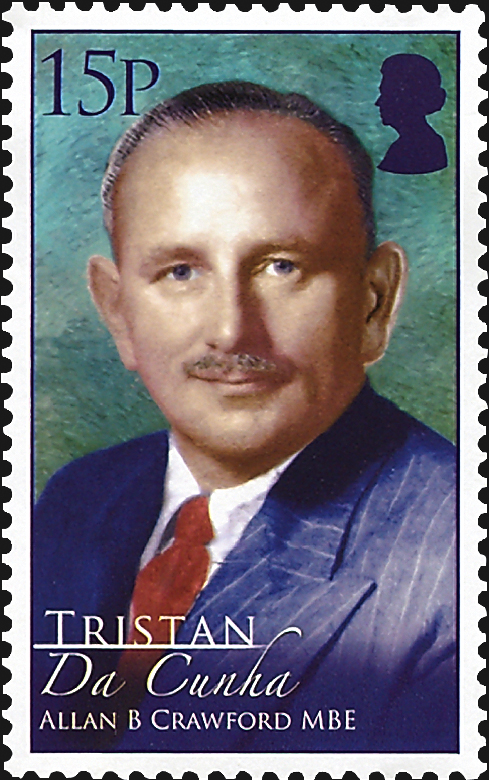 The first row from Tristan da Cunha’s new stamp pane, including drawings by Allan Crawford in the selvage. 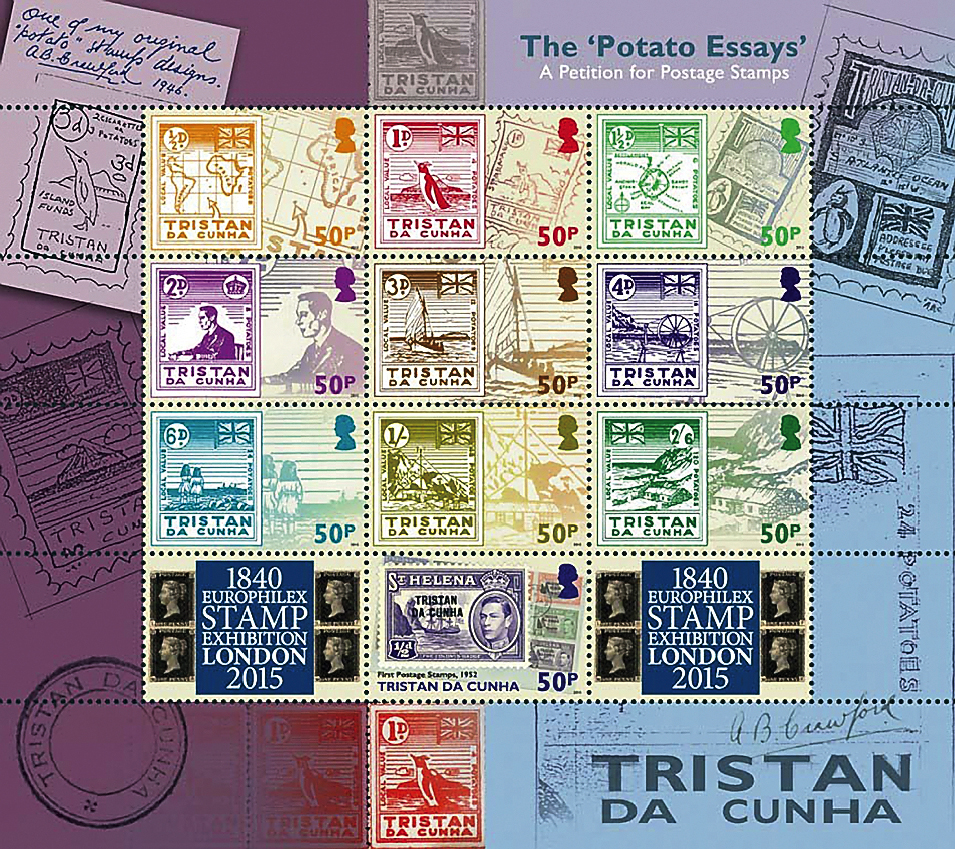 A pane of 10 stamps to be issued by Tristan da Cunha shows proposed stamp designs that were rejected.

Penguins, stamps denominated in potatoes, and rejected designs for postage stamps are all pictured on a pane of stamps from Tristan da Cunha, part of the British territory of St. Helena, Ascension and Tristan da Cunha in the South Atlantic Ocean.

Due to be issued April 8, the pane is headed “The ‘Potato Essays’ A Petition for Postage Stamps.”

This petition, submitted to authorities in South Africa in 1946, was rejected. Tristan did not get its first stamps until 1952 when stamps of St. Helena’s Badge of the Colony issue (Scott 118-127) were overprinted “Tristan da Cunha.”

The so-called “potato essays” were based on designs for local souvenir stamps created by Allan Crawford (1912-2007).

Born in North Wales, Crawford first visited the island in 1937 as a member of the Norwegian Scientific Expedition. He returned to the island in the early 1940s as a meteorologist with the Royal Navy.

Pobjoy Mint, the new-issue agent for Tristan da Cunha, explains how this led to the stamp designs: “On later visits to the island as a meteorologist he realised there was a demand for stamps from philatelists and passing ships from the so called Loneliest Inhabited Island in the world. So he decided to develop and produce a stamp or ‘sticker’ for the islanders to place on the outside of their letters … ”

Sgt. Jimmy Brown, a draftsman, worked with Crawford to produce nine designs. The design featuring a penguin was printed by Hortors Ltd. of Johannesburg, South Africa, in sheets of 35, and sold as a souvenir.

This label is denominated both in pence and potatoes, a barter currency used by the islanders. Collectors nicknamed it the potato stamp.

All nine designs were included in black-and-white with the 1946 petition for postage stamps. Color reproductions of the designs were created in the 1960s.

Crawford wrote five books about life on Tristan da Cunha, including Penguins, Potatoes and Postage Stamps, published in 1999. He also designed several stamps for the island.

In 2008, Tristan da Cunha issued a set of six stamps honoring Crawford (Scott 844-849). He is pictured on the 15p stamp, and his potato stamp is shown on the 20p denomination.

Other Tristan da Cunha stamp-on-stamp designs also have featured the potato stamp: the 50p stamp in a 1979 souvenir sheet honoring British postal reformer Rowland Hill (Scott 263); and a 30p stamp in the 2006 set commemorating the 500th anniversary of the discovery of the island (Scott 784c).

The 175th anniversary of the Penny Black will be celebrated at the London 2015 Europhilex show to be held May 13-16 at the Business Design Center, London.