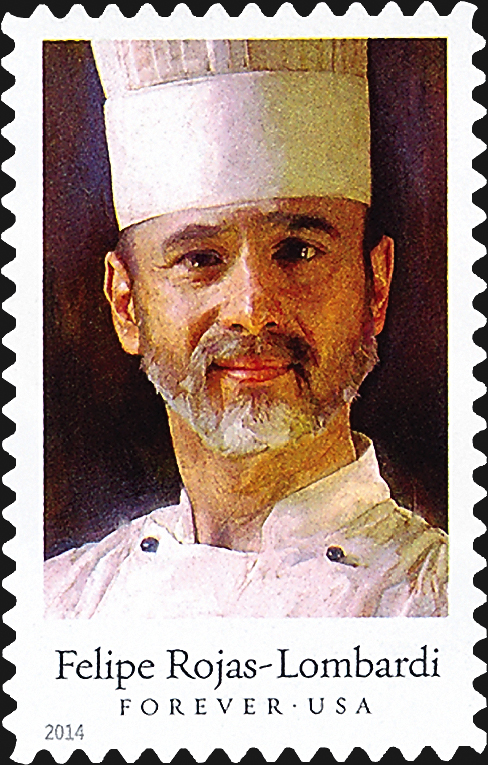 The cartoon caption contest for April is this forever stamp honoring Peruvian-born chef Felipe Rojas-Lombardi, who was a pioneer in bringing Spanish and Caribbean food to American tables. Put yourself under his chef hat and share what he might be thinking or saying about his craft, or anything else that strikes you. The rules to enter the contest are in the accompanying article. Entries must be received by e-mail or at Linn’s by April 27 for a chance to win a prize. 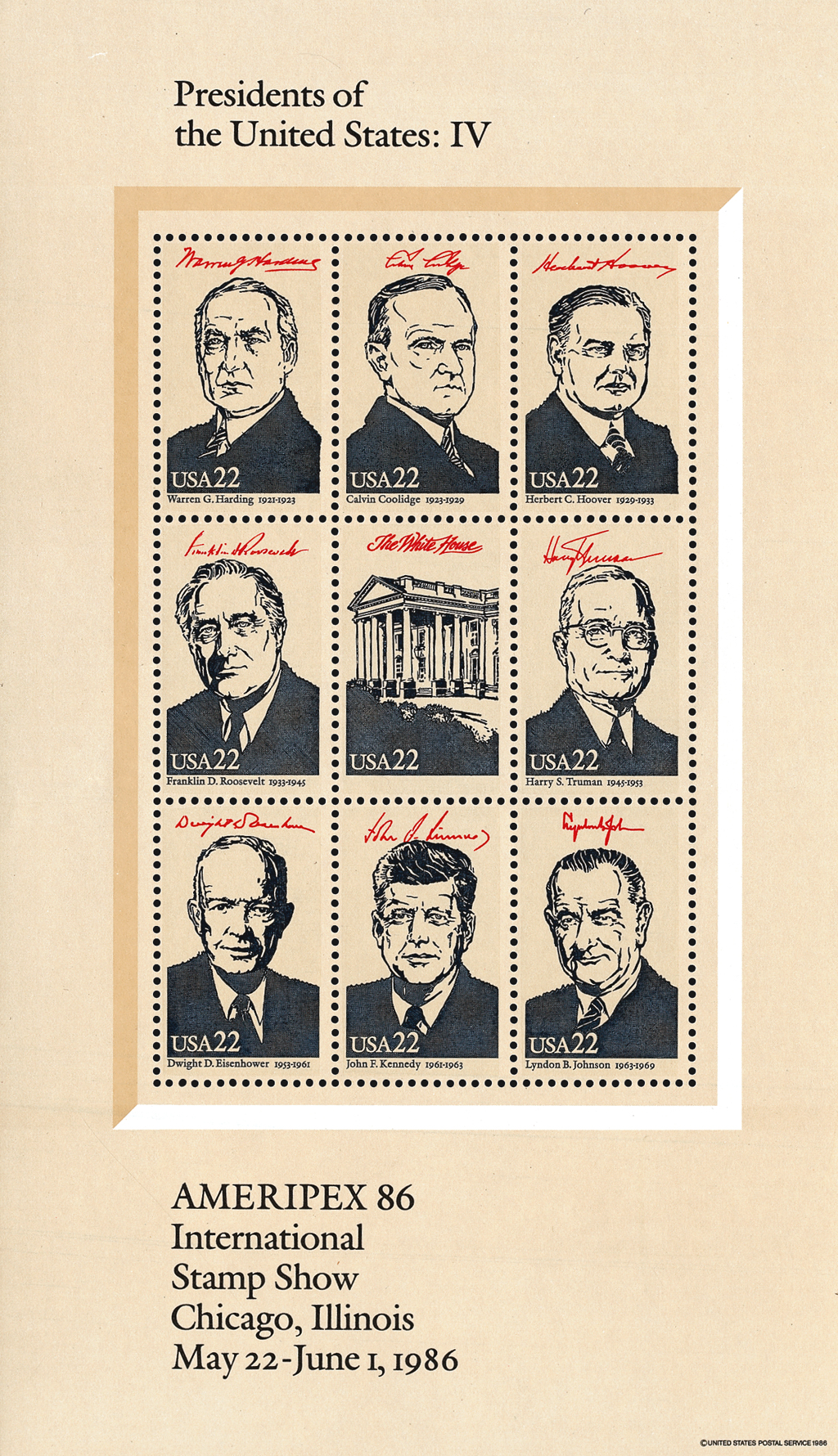 The fourth pane of nine stamps in the Ameripex 86 issue featuring presidents of the United States.

New discoveries are always fun, and the way to make them is to pay close attention to the stamps that cross your desk. This is especially true if you have an interest in tagging varieties.

Many collectors don’t pay attention to tagging  since often it can’t be easily seen by the naked eye.

Tagging is a coating of phosphorescent ink on United States stamps that glows under ultraviolet light. To examine the tagging, you have to invest in ultraviolet detectors for both shortwave and longwave.

But the return might be worthwhile because some missing tagging errors have significant value, and you might get a chance to add to the Scott Specialized Catalogue of United States Stamps and Covers if your discovery has not been previously reported.

I can’t say that I am careful about checking the tagging on all stamps that I see, but I’ve made a few discoveries over the years, and the most recent one didn’t even require an ultraviolet light.

The four Ameripex 86 panes of nine stamps featuring presidents of the United States are examples of block tagging, meaning that you can see the blocks against the untagged portions of the panes if you hold them to the light just so, at an angle that lets the light reflect off the paper.

The fourth pane showing presidents Warren G. Harding through Lyndon B. Johnson is pictured nearby. All four panes were issued May 22, 1986, the opening day of the Ameripex international philatelic exhibition.

On the second pane, Scott 2217, tagging is missing on all nine stamps, catalog value $225.

On pane three, Scott 2218, there also is missing tagging on all nine stamps, catalog value $400.

The latter listing has a dash instead of a catalog value indicating that no example has been sold so there is no price reference.

I’m pleased to report that the latter error is my discovery. The partially missing tagging is the result of the tagging being shifted to the left or right. It is all there, just not registered on the stamps.

So, take a look at your 1986 Ameripex panes. If you are lucky enough to find an error, get an expertizing certificate on it to confirm that it is genuine, and then report anything new to the Scott catalog editors.

The short name for this issue is Celebrity Chefs, and I have to wonder what the next issue honoring heroes of culture will be?

Of the five stamps in this set, the Rojas-Lombardi stamp jumps out as especially interesting. He is the only one of the five pictured in uniform, and the illustration of him had to be cropped because the hat would not fit in the standard vertical format chosen for the issue.

Born in Peru, Rojas-Lombardi (1945-91) brought a Hispanic and Caribbean influence to the American table, including the introduction of the Spanish appetizers called tapas.

I invite you to put on the chef hat and tell me what you think Rojas-Lombardi might be thinking or saying about how he could whip up a dish to go with stamp collecting, or on any other aspect of life in these United States.

For each winner, the prize will be the book Linn’s Stamp Identifier, published by Linn’s (a retail value of $12.99), or a 13-week subscription to Linn’s (a new subscription or an extension). To be considered for a prize, entries must reach Linn’s no later than April 27.