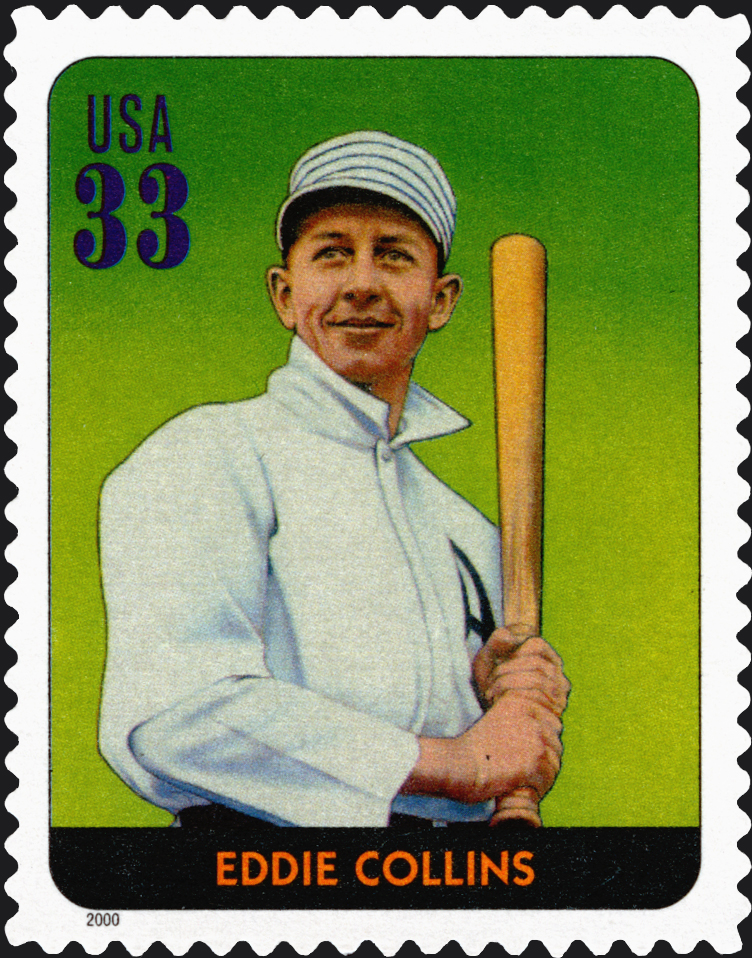 Major league baseball player and manager Edward Trowbridge "Eddie" Collins was born May 2, 1887, in Millerton, N.Y. During his career he played for the Philadelphia Athletics and the Chicago White Sox, and is the only major league player in history to play 12 or more seasons for two different teams.

Collins signed with the A's in 1908 at age 19 while still completing his college degree at Columbia University. He soon became the team's regular second baseman, a team leader in hitting and stolen bases. With Collins on the roster, the A's won the World Series in 1911 and 1913.

In 1912, Collins became the first American League player to steal six bases in a single game, a record that still exists today. He repeated that astounding feat later in the same season.

Sold to the White Sox after the 1914 season, Collins continued to display his power at the bat and on the bases. He was part of the 1919 team that gained infamy in the "Black Sox" scandal after accusations that some players intentionally lost the World Series under an agreement with gamblers, but Collins was not associated with the wrongdoing. After two seasons as player-manager for the White Sox, he rejoined the A's in 1927 for his final four seasons.

Eddie Collins was elected to the National Baseball Hall of Fame in 1939. He is commemorated on a 33¢ stamp from the Legends of Baseball set issued July 6, 2000 (Scott 3408b).