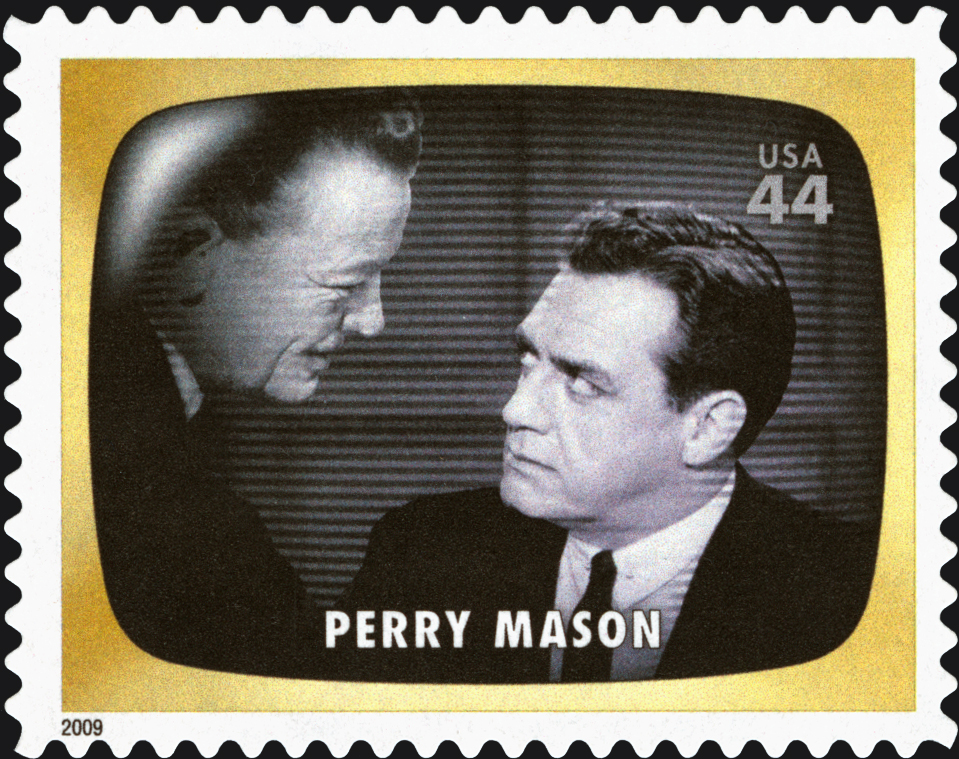 The stamp came just a year after Burr was honored on a 52¢ commemorative stamp from Canada, the land of his birth (Scott 2279d, 2280d).

Burr was born May 21, 1917, in New Westminster, British Columbia. His family moved to China at one point, but after his parents' divorce, Burr lived with his mother in California. He started acting on stage at a young age, and made his Broadway debut in 1941.

Early on the burly actor with the commanding voice was often cast in the role of the villain in films, including Barney Chavez in Bride of the Gorilla (1951) and Lars Thorwald in Rear Window (1954). In 1956 he starred as reporter Steve Martin in Godzilla, King of the Monsters!

The following year, Burr began his career as television's unbeatable lawyer Perry Mason, in the popular series based on the novels of Erle Stanley Gardner. The show lasted nine seasons, and Burr later starred in a series of made-for-TV Perry Mason films, from 1985 to 1993.

During the years in between, he was cast as paraplegic police consultant Robert T. Ironside in Ironside, another long-running TV success.

Burr was a generous philanthropist and an avid cook who also tended a vineyard and grew orchids. He died at age 76 in 1993.