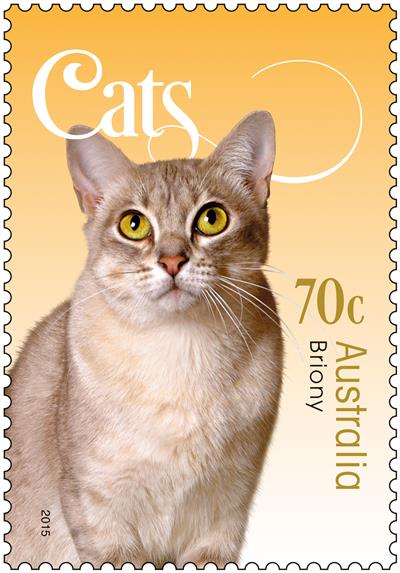 "We know people in Australia are passionate about their pets, with Australia having one of the highest rates of pet and pet cat ownership in the world,"Australia Post Philatelic Manager Michael Zsolt said. "Our Cats stamp issue names each cat to show that they are loved and well-cared-for family members and companions."

Read about the names, breeds and personalities of the five different cats featured.

"The 1856 British Guiana 1¢ Magenta, once again crowned the world’s most valuable stamp, will be on public display almost continuously for at least the next couple of years. And the identity of the still-anonymous collector who spent $9.48 million last year to buy the unique stamp will soon be revealed."

Three United States forever stamps honoring Medal of Honor recipients from the Vietnam War will be issued May 25 during a first-day ceremony in Washington, D.C.

Tomorrow our Red Cross issue is coming off sale forever! Don't miss your chance to purchase these stamps: http://t.co/O8TMlcsQXh