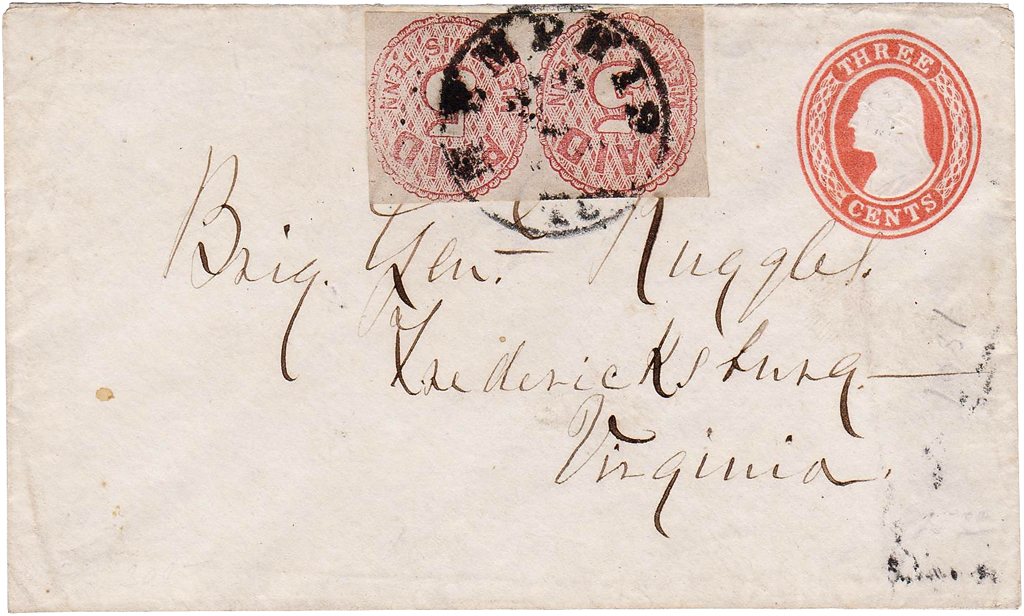 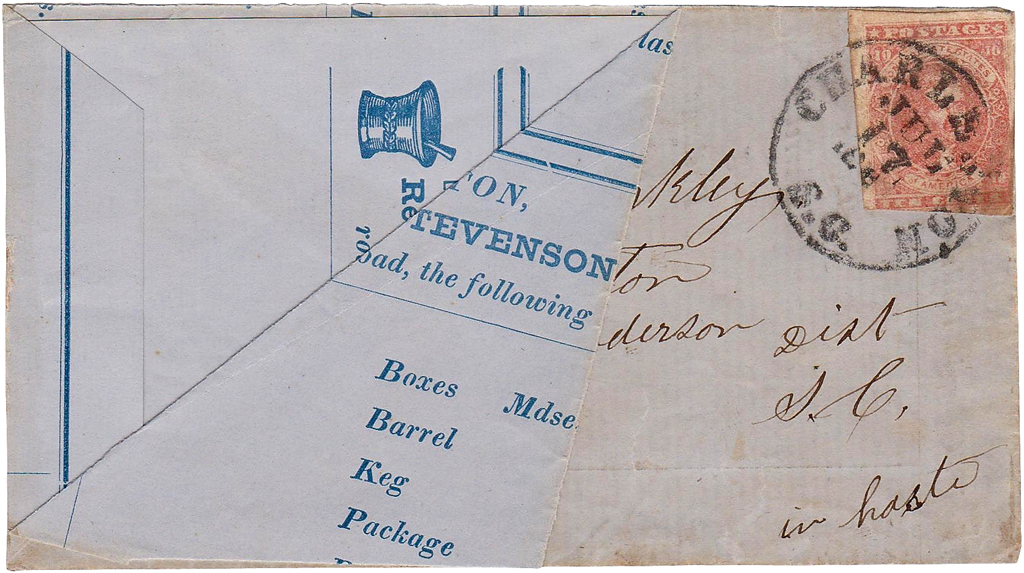 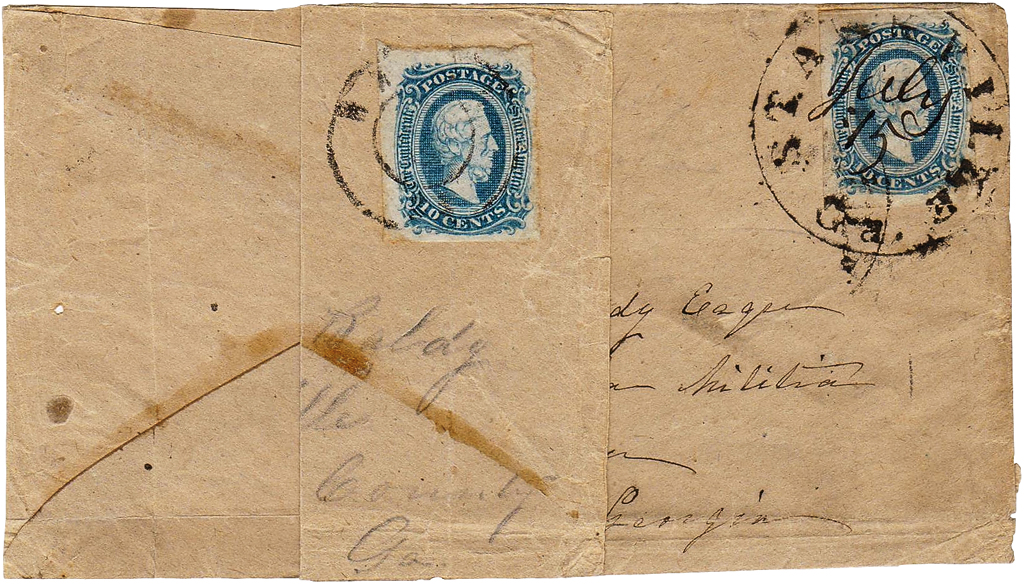 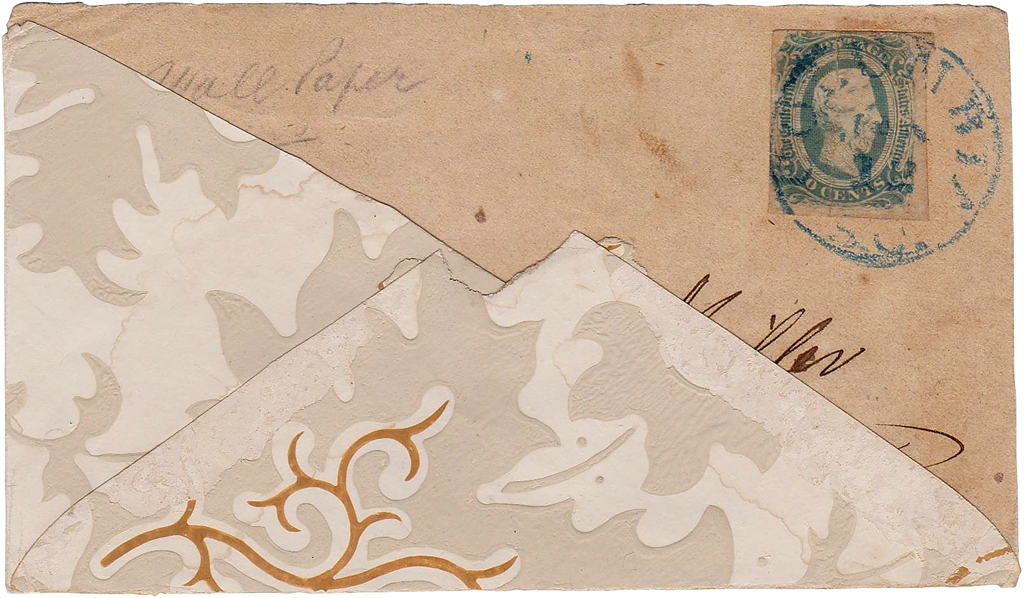 Although it was a tragic time in our nation’s history, the American Civil War during the years 1861 to 1865 created a bonanza of material for postal historians and cover collectors.

In the Feb. 23 Linn’s Stamp News, I wrote about Union patriotic covers. This month I will address an interesting area of Confederate postal history known as adversity covers. These are envelopes made from previously used paper and other paper sources because of paper shortages.

Throughout the early part of the 19th century, the issue of slavery in the United States became a polarizing topic. By and large, the Northern industrial states were in favor of abolishing slavery, while the agrarian South felt the system was necessary to provide cheap manpower to raise crops.

After many contentious years of trying to sort out this issue, things finally came to a head. In late 1860 and during 1861, Southern states began seceding from the Union, forming the Confederate States of America on Feb. 4, 1861.

War soon followed. On April 12, 1861, the Union garrison stationed in Fort Sumter in the Charleston, S.C., harbor was shelled by the cannons of Confederate General P.T. Beauregard, and war was declared. The North and South both began mobilizing for war.

Besides trying to defeat the South on the battlefield, the Union had a strategy of blockading the South so it could not get the goods necessary for normal life. Union ships patrolled the Southern coastline, trying to keep supplies from reaching the South by boat.

The borders between the Northern and Southern states were closed. Many shortages occurred, including one of particular interest to collectors of Confederate covers: the paper shortage, which created a scarcity of envelopes to send letters.

Sources such as wallpaper, previously used envelopes, old documents and U.S. stamped envelopes that were no longer valid for postage were used to create envelopes that are now referred to as adversity covers.

Shown are four covers to illustrate these usages.

The first cover is franked with the 1863-64 Confederate States 10¢ Jefferson Davis, Die B stamp (Scott 12). The envelope, mailed from Columbia, S.C., is made from wallpaper.

The second cover, mailed from Starkville, Ga., is franked with an 1863-64 10¢ Jefferson Davis, Die A stamp (Scott 11). The envelope is made from a previously used envelope that was also franked with a Scott 11 stamp, canceled in Macon, Ga.

A merchant’s billhead was used to create the third cover, franked with a 10¢ Thomas Jefferson stamp (Scott 5) and mailed from Charleston, S.C.

The fourth example is an interesting cover.

On June 1, 1861, the Confederate States set up its own postal system and took over the existing U.S. postal facilities in the South. After that, U.S. postage was no longer valid in the South.

Many U.S. stamped envelopes were in Southern hands but were no longer valid, so they were used as regular envelopes with no postal value.

Also, the Confederacy printed no stamps to use for postage until the fall of 1861, so some offices created their own provisional stamps.

Shown is a U.S. 3¢ George Washington stamped envelope (Scott U9) used as an envelope with no postal value. A pair of Memphis, Tenn., postmaster’s provisional stamps (56X2) is affixed from Memphis paying the postage to Fredericksburg, Va.