Stamps Down Under: Australia’s first postal issues were not even postage stamps 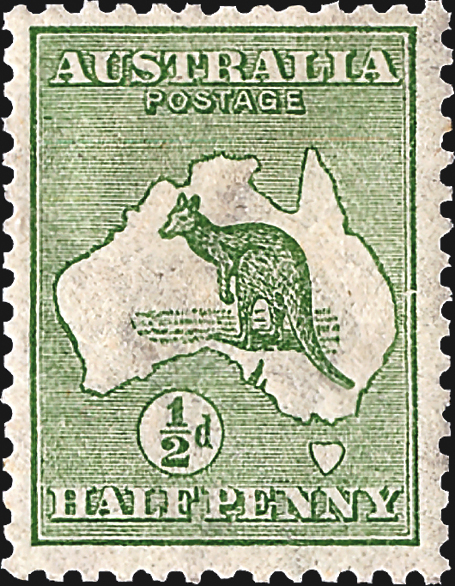 A long time coming, Australia’s first regular postage stamp was issued in 1913, more than a decade after the country became a federated nation. 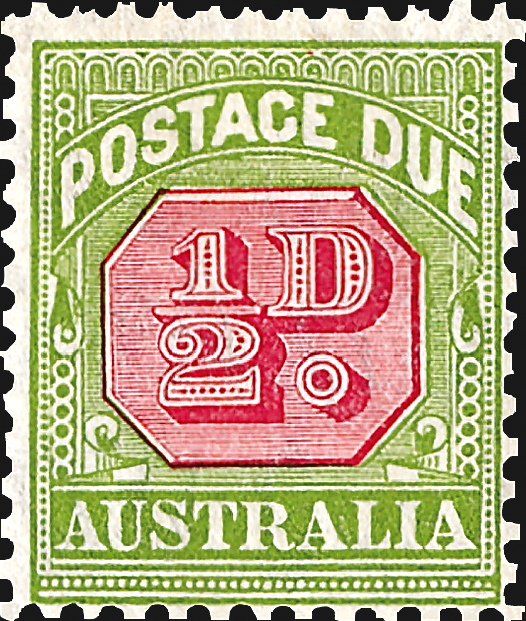 Australia’s bicolor postage due stamp introduced in 1909 officially remained in use until 1960. 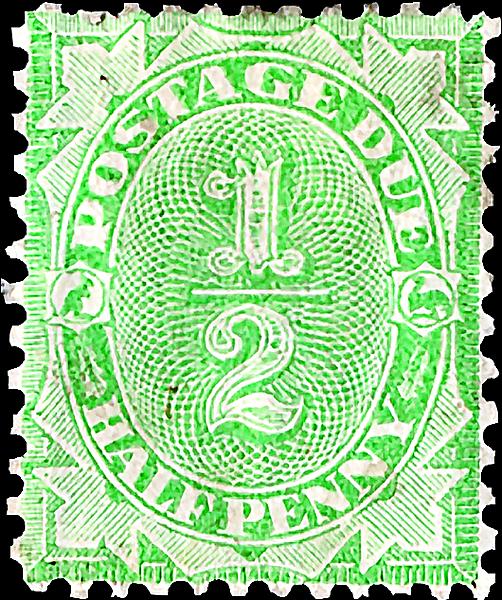 A later version of the 1902 Australia postage due stamp filled the empty space at the bottom of the stamp with decorative elements. 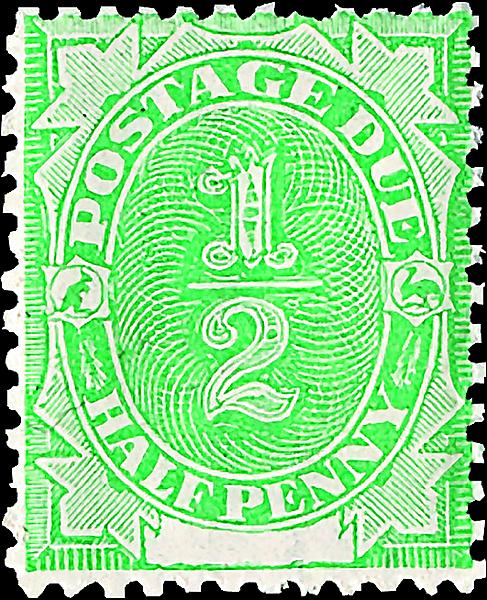 Australia’s 1902 postage due stamp used the design of the New South Wales issue, simply removing the N.S.W. initials from the design. 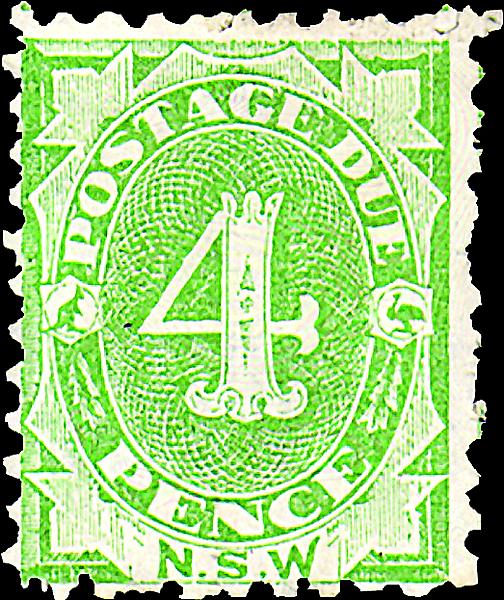 New South Wales issued a postage due stamp in 1891, with the initials of the state at the foot of the design. 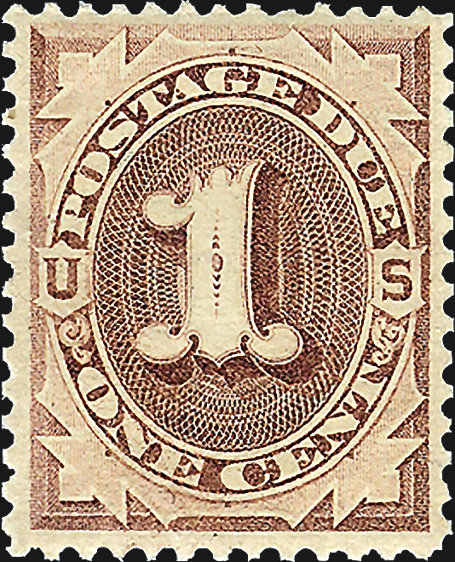 Australia and the United States are on opposite sides of the globe, but both nations share similarities from a historical perspective.

During those 12 years, the six former colonies continued to use their colonial postage stamps, even after becoming states of the commonwealth of Australia. These stamps were inscribed with the colony name: Queensland, New South Wales, Victoria, Tasmania, South Australia and Western Australia.

Shortly after the federation of Australia’s colonies made it an independent commonwealth, Australia did issue some stamps, in 1902, but they were not regular postage stamps.

As they say, imitation is the sincerest form of flattery.

As shown on the 1879 1¢ postage due stamp pictured here (Scott J1), the letters “U” and “S” appear in shields on either side of the middle of the oval frame.

The New South Wales and Australian postage dues have a kangaroo in the left shield and an emu bird in the right shield. The kangaroo and emu, native animals of Australia, are important national symbols that appear on the Australian coat of arms.

The New South Wales postage dues of 1891 have the initials “N.S.W” at the bottom of the stamp.

When due stamps using this design were issued for Australia in 1902, the box that had contained “N.S.W.” was left blank. Later printings of this stamp, such as Scott J9 issued in 1902, filled in the blank space in the design with complementary decorative elements.

The first stamps to bear the young nation’s new name, Australia, also were postage due stamps.

Issued in 1909, the new stamps took graphic elements from the Arts and Crafts movement that was popular at the time.

The central vignette is an octagon printed in red that contains the amount of postage due on the mailpiece to which it would be affixed.

The frame is printed in green with “Postage Due” in a banner at the top and “Australia” within a box at the bottom.

This design, with a few minor changes, was used through 1960, when postage due stamps were withdrawn, although some remained in use as late as 1963.

Finally, Australia’s first postage stamps did manage to get issued, in January 1913.

The 12-year delay was blamed on the continuous changes in government official positions, which included the postmaster general.

Additionally, the effort of working toward keeping state revenues apart from federal revenues proved to be time-consuming, and delayed many things, among which were postage stamps.

In 1911, Australia had launched a competition for designs for new postage stamps. Participants were urged to create a design that incorporated the words “Australia” and “Postage,” and elements that would represent the character and soul of Australia.

The prizewinning design featured King George V, a kangaroo and an emu, but it was not the design that was issued.

What did get issued, Australia Scott 1, was the stamp known formally as “Map and Kangaroo,” but referred to by most collectors by its nickname, “the Roo.”

The Map and Kangaroo stamp had a relatively long life, though other definitive stamps bearing the portrait of King George V also were issued, as well as a number of commemorative stamps.

The last early-era Roo stamp, a 2-shilling denomination, was issued in 1945, but a $10 Roo was issued in 2013 to commemorate the centennial of this much-loved stamp.

So, even though it took Australia 13 years to issue its first regular postage stamp, the wait was worth it. At this point, the Map and Kangaroo stamps and all of their varieties have been delighting stamp collectors for more than a century.