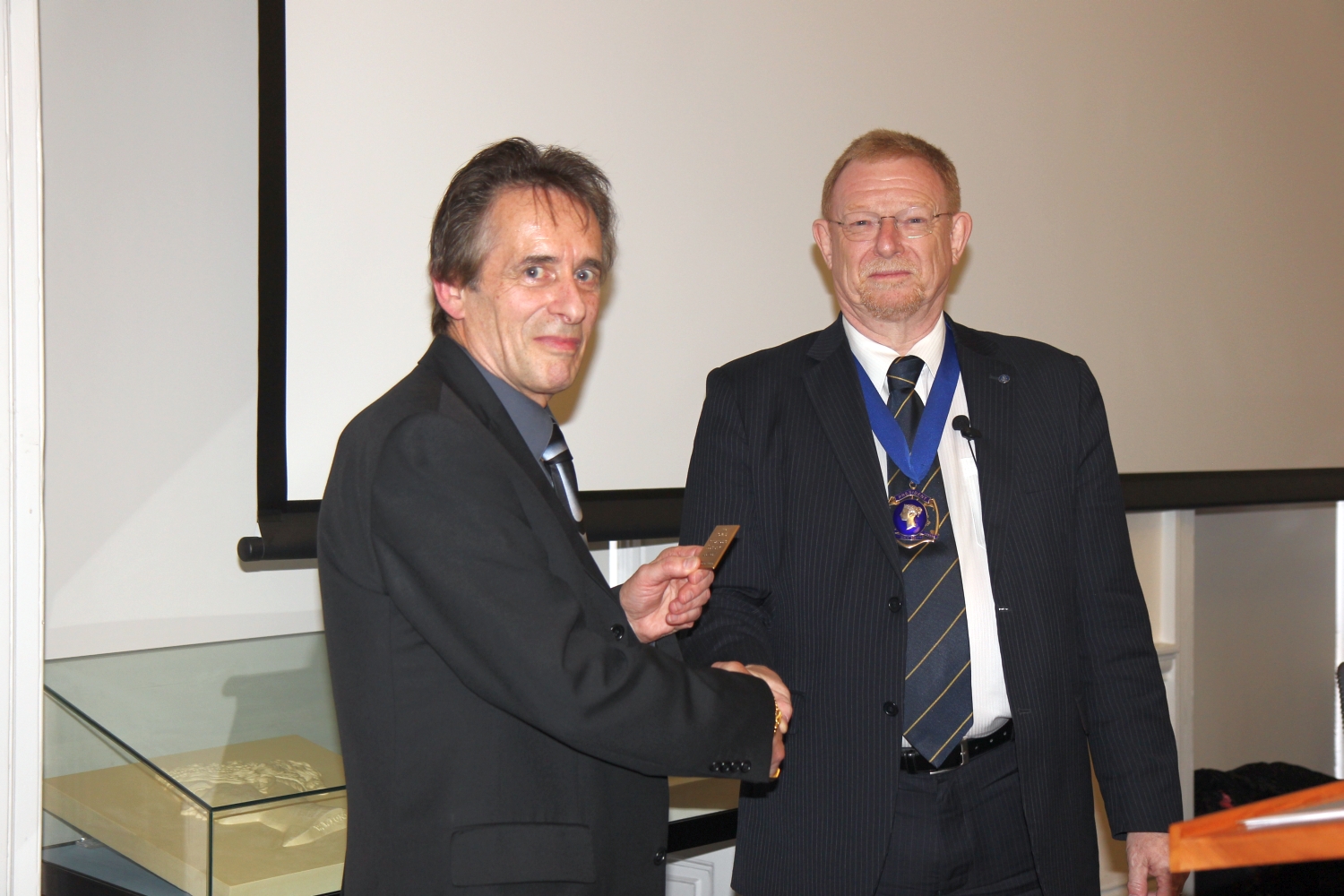 The Liberty Head issues of Haiti from 1881 to 1887 were described in a paper presented to The Royal Philatelic Society London on 21 May by Brian Moorhouse. Brian’s presentation was supplemented by a superb display of material, much of it described as "the largest multiple," "the earliest" or "the only recorded."

Haiti issued its first stamps on 1 July 1881 although, as Brian showed, the earliest used example in existence is dated 2 July, while the earliest known cover was posted on 10 July. The first stamps were imperforate, issued in six values; 1c, 2c, 3c, 5c, 7c and 20c. Surprisingly there was no 10c stamp for the foreign letter rate. On show were covers bearing various combinations of values to make up this 10c rate.

In addition to showing the imperforate stamps from Plate I, Brian also displayed the perforated issue from Plate II, both first and second printings (1882-1885), the issue from Plate III (1885-1886), the "new dies" (1886-1887), and the postal forgeries. He expressed his view that the 5c green from Plate II first printing is one of the scarcest stamps known in mint condition: he showed both a single and block of four.   Giving the vote of thanks, John Shaw commended Brian’s "stunning array of material" and "dedication in putting the collection together." Those wishing to visit The Royal Philatelic Society London at 41 Devonshire Place, London W1G 6JY, or be a guest at one of its meetings, are asked to contact in advance the Administrative Office on 020 7486 1044.