The 1,000th stamp from Croatia; Swiss stamp has skin texture 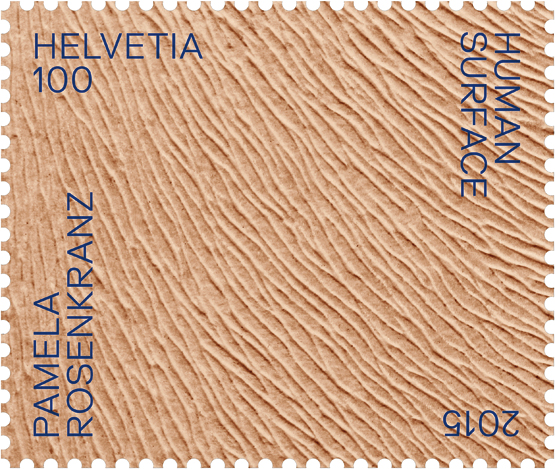 Switzerland’s stamp for the 56th Art Biennale in Venice pictures and feels like skin. 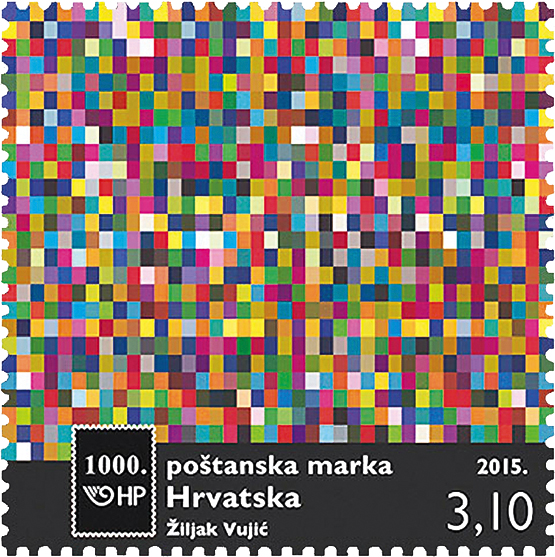 This 3.10-kuna stamp is the 1,000th issued by the Croatian post office, Hrvatska Posta.

A new stamp from Croatia celebrates the fact that this is the 1,000th stamp issued by Hrvatska Posta, which translates to Croatian Post.

Hrvatska Posta began issuing stamps in 1991, after Croatia declared its independence from Yugoslavia.

The design of this 3.10-kuna stamp features different colored rectangles representing all 1,000 stamps. Also, when viewed under ultraviolet light, the text “1000th postage stamp of Croatian Post” is visible, according to Hrvatska Posta.

In announcing the new commemorative, Hrvatska Posta said of some of the subjects commemorated on its previous stamps: “Great people and events that marked the history, wonders of land, blueness of the sea; that the country breathes with — an abundance of plants and animals; science and art through centuries; rich heritage which we knew to inherit; modern life in which history is created; striving for better society; needs of children and youth; sports successes; solidarity with the hindered … ”

Hrvatska Posta also noted some innovations, “But the stamp has — in these thousand issues, also upgraded its traditional shaping. It stepped out from the rectangular frame, it added fragrance to the motifs, it used a bar-code as an itinerary of its journeys and is preparing other surprises following up the possibilities offered by up-to-date technology … ”

Jana Ziljak Vujic designed the 1,000th stamp. Zrinski printed it by offset in panes of nine.

Hrvatska Posta issued its 1,000th stamp April 27. Since then, it has released nine more stamps: two Bridges and Viaducts stamps on April 29, two Europa stamps featuring old toys and a single commemorative for the 150th anniversary of the International Telecommunications Union on May 7, and four Castles stamps on May 20.

In a new release, Swiss Post said that this 100-centime (or 1-franc) stamp “represents a piece of the largest functional organ in the human body and features a tactile surface, modelled on skin.”

Issued May 7, the stamp commemorates the 56th Art Biennale in Venice. Pamela Rosenkranz designed both the stamp and the Swiss pavilion at the art exhibition.

Skin is one of the themes expressed by Rosenkranz’ pavillion design. In an article on the website of the online art information service MutualArt.com, Natalie Hegert wrote, “In the Swiss Pavilion, Pamela Rosenkranz averaged out European skin tones, filling the room with a pool in a shade of fleshy pink.”

The words “Human Surface” in English are among the inscriptions printed in blue on this flesh-toned stamp. Other inscriptions include the country name, denomination, year date and the artist’s name.

Cartor Security Printing of La Loupe, France, printed the two-color stamp by offset in panes of 10.