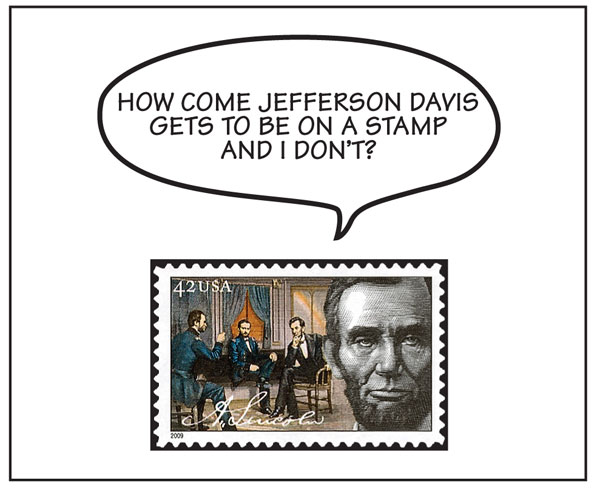 Put your entry (or entries) on a postcard if possible and send it to me, John Hotchner, Cartoon Contest, care ofLinn's Editor, Box 29, Sidney, OH 45365; or e-mail it to jmhstamp@verizon.net. Be sure to include your mailing address.

For each winner, the prize will be the book Linn's Stamp Identifier, published by Linn's (a retail value of $12.99), or a 13-week subscription to Linn's (a new subscription or an extension). To be considered for a prize, entries must reach Linn's no later than May 25.

Why not enter now while you're thinking about it?