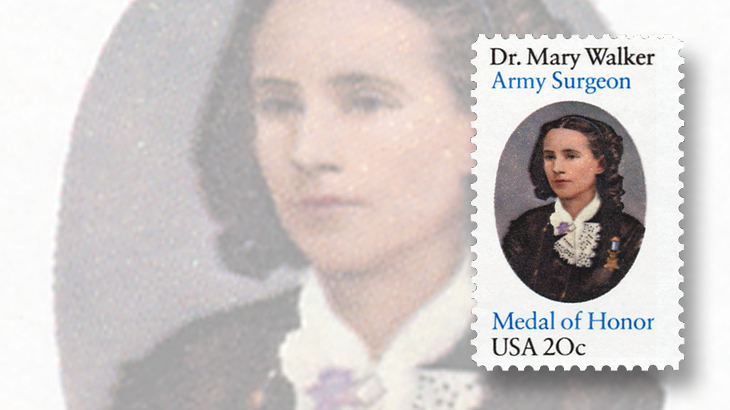 Mary Edwards Walker was a doctor during the United States Civil War who became the first woman, and to date the only woman, to be awarded the Medal of Honor.

She was born Nov. 26, 1832, in Oswego, N.Y., the youngest of seven children. Her parents promoted nontraditional thought, a concept that was still unusual in the early part of the 19th century. Mary wore trousers instead of skirts on the family farm, and would wear what was considered men’s clothing for much of her adult life.

Walker studied at Syracuse Medical College and graduated with a medical degree in 1855. She married another doctor, Albert Miller, keeping her own last name instead of taking on his, and established a private practice with him.

When the Civil War began, she volunteered to provide medical help for the Union Army, but was initially limited to what she was allowed to do because she was a woman. Aiding Union troops, she was eventually accepted as a contract surgeon, but was captured by the Confederate Army in 1864 and held prisoner for four months. She was returned in a prisoner exchange and the following year received the Medal of Honor for her extraordinary service from President Andrew Johnson.

Her medal and nearly 1,000 others were revoked in 1917 because of a revision of the awarding standards, but she refused to surrender it, and wore the medal proudly every day.

The honor to Dr. Walker was officially reinstated in 1977 by President Jimmy Carter.

After the war, Walker campaigned extensively for women to be granted the right to vote. She died in 1919 at age 87, and was commemorated in 1982 on a 20¢ stamp showing her portrait and the words “Army Surgeon” and “Medal of Honor” (Scott  2013).