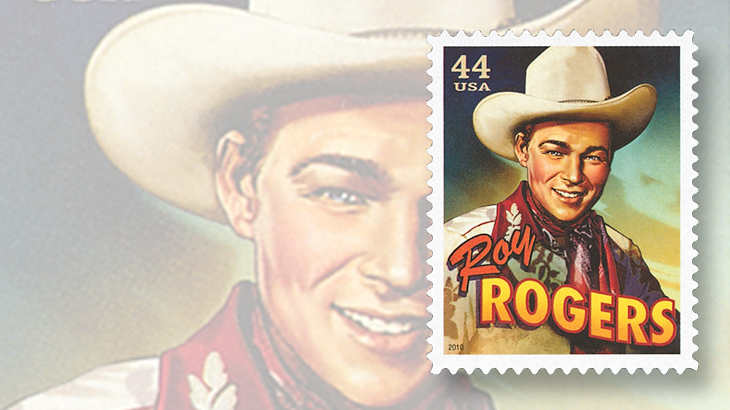 He started his life’s journey in a tenement at 412 Second St. in Cincinnati, Ohio. The building was torn down years later to make room for the city’s Riverfront Stadium, which stood on the site from 1970 until it was demolished by implosion in 2002.

The Slye family later moved to a farm in southern Ohio, and in 1930 they moved across the country to California, where Leonard first labored in construction and as a farm worker.

He also found an opportunity to sing and play guitar on the local radio station, and joined in a Western music group that would become known as the Sons of the Pioneers. With the group’s growing popularity after a series of film appearances, Slye was offered a movie contract, and he changed his name to Roy Rogers.

He appeared as the heroic lead, mainly in westerns, well into the 1950s. With his wife, Dale Evans, and his golden palomino, Trigger, he also starred in The Roy Rogers Show on television for several years.

Roy and Dale were very open about their patriotism and their Christian religious beliefs, and they sought to serve as positive role models for the many youngsters who followed their adventures.