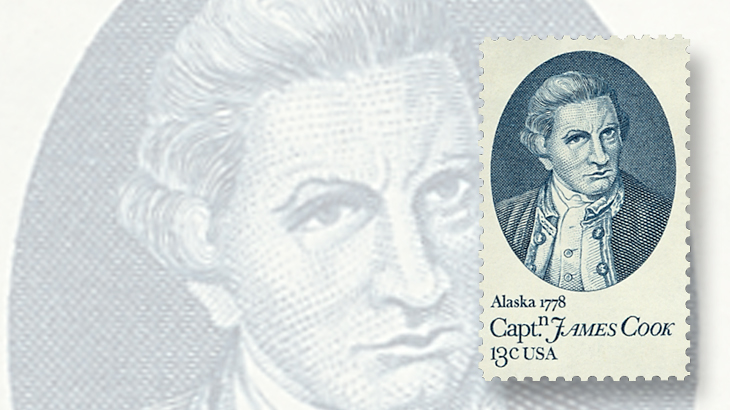 James Cook, the famed British naval explorer and navigator, was born in the village of Marton in northeast England on Nov. 7, 1728.

After working as a merchant sailor in his teens and early 20s, Cook joined the Royal Navy as a seaman in 1755. He improved his rank and became a ship’s master, and saw action during the Seven Years’ War in North America.

For a dozen years he was involved in exploring and surveying the eastern coastlines of British North America.

Promoted to lieutenant, Cook began a voyage on the HM Bark Endeavour to Tahiti in 1766 to observe the transit of Venus across the sun. On the same voyage, in 1770, Cook became the first European to reach Australia.

Cook was promoted to commander and embarked on a second voyage in 1772 aboard the HMS Resolution, which included an exploration of Antarctica.

His third voyage, beginning in 1776, would be his last. Promoted to post-captain, he sailed once again aboard Resolution to explore the Northwest Passage, accompanied by a second ship, Discovery. The journey took them around Cape Horn to New Zealand, the Society Islands and Hawaii, before traveling up the Pacific coast of North America to Alaska and the Bering Strait.

Unable to proceed, the ships returned to Hawaii. They left for a second attempt to travel the North Pacific when damage to Resolution forced a return to Hawaii. There, in a skirmish with natives, Cook and four of his crew were killed Feb. 14, 1779.