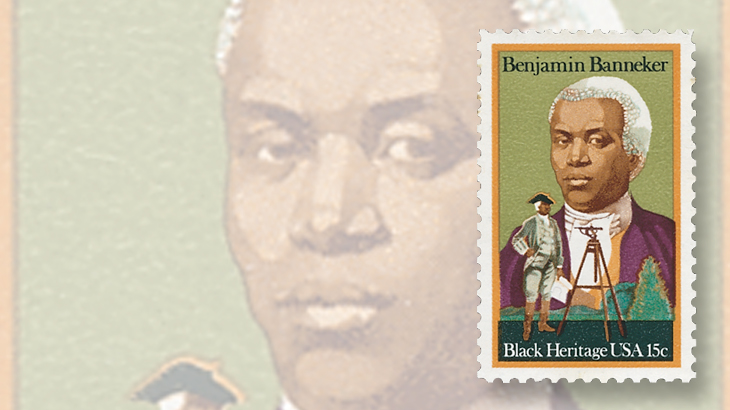 Benjamin Banneker was born Nov. 9, 1731, in Ellicott’s Mills, Md. His mother was a free black woman and his father was a freed slave from Africa. Banneker received little formal education, but he did have access to a friend’s library to help satisfy his passion for learning.

Banneker would write his own carefully researched published series of Almanacs; he was an astronomer, a mathematician, a farmer and a surveyor, as well as an early voice in the civil rights struggle.

As a young man of 22 he designed and built an accurate wooden striking clock based upon his examination of a pocket watch.

He was particularly interested in astronomy, and made the necessary calculations to predict a solar eclipse in 1789.

During 1791, Banneker was part of Andrew Ellicott’s team conducting a survey of the District of Columbia boundaries in advance of the founding of the city of Washington as the nation’s capital. Thomas Jefferson wrote in a letter to the Marquis de Condorcet, “I procured him to be employed under one of our chief directors in laying out the new federal city on the Potowmac … ”

Later in the same year, Banneker wrote a polite but firm letter to Jefferson, then Secretary of State. Enclosed was a copy of his almanac, as Banneker sought to convince Jefferson that slavery and the prejudices against blacks were in opposition to the Declaration of Independence. He quoted these words from the Declaration, which Jefferson had drafted: “We hold these truths to be self-evident, that all men are created equal; that they are endowed by their Creator with certain unalienable rights, and that among these are, life, liberty, and the pursuit of happiness.”

Banneker died Oct. 9, 1806, in Baltimore County, Maryland, near his birthplace.