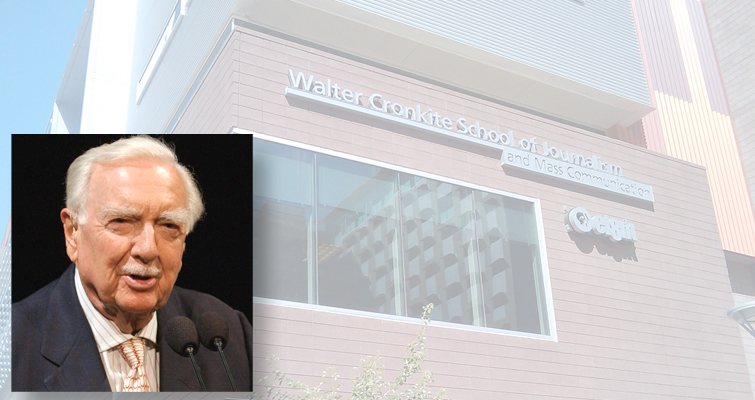 The USPS is being pushed by several journalist groups to honor legendary broadcaster Walter Cronkite with a stamp in 2016.

The Society of Professional Journalists and the Radio Television Digital News Association have been joined by the Walter Cronkite School of Journalism and Mass Communication of Arizona State in an effort to get the legendary broadcast journalist on a stamp.

“The Cronkite School is encouraging alumni, students, faculty, staff and the journalism community to write a letter of support to the Citizens’ Stamp Advisory Committee, a 12-member group appointed by the postmaster general that selects and recommends subjects for stamps,” a report from AZ Business Magazine posted on AZBigMedia.com reads.

The SPJ and RTDNA are urging the USPS to honor the CBS newscaster in 2016, the 100th anniversary of the late broadcaster's birth.

Read more about why the groups believe Cronkite should get a stamp.

Additional details about the APS board meeting here.

A 2¢ stamp honoring John Philip Sousa was issued May 3, 1940, in the American Composers set of the Famous Americans series (Scott 880).