Have a second, closer look at that old stripped-down stamp album 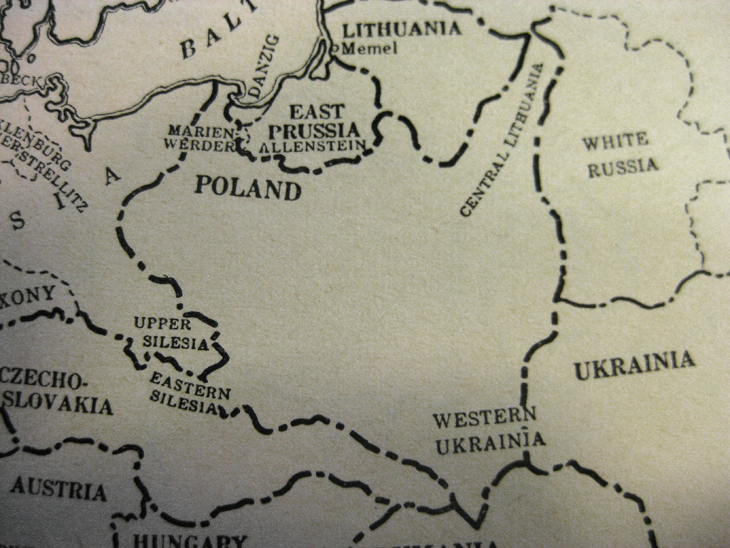 On the “Outline Map of Europe” at the front of the 1939 Scott International Junior album, Poland (shown here) has its old boundaries before they were shifted west to settle Russian and Polish claims after World War II. 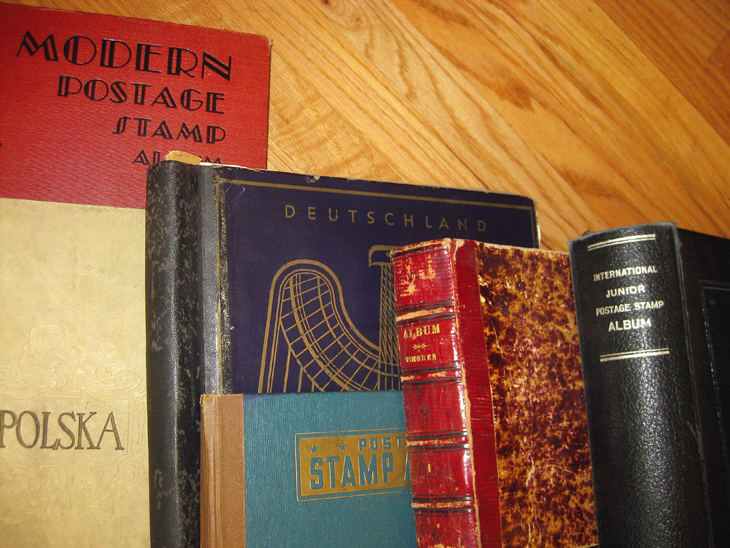 Among these five old stamp albums in the author’s possession is the 1939 Scott International Junior Postage Stamp Album on the far right. The short descriptions of the countries in that album provide a glimpse of the world order at the time.
Previous
Next

It’s easy to strip stamps out of an old album obtained from the latest stamp bourse or auction and pay no attention to the album itself. After all, it’s the stamps you’re after.

But have a second look at that album: It might be just as fascinating and rewarding as the stamps themselves.

Pictured nearby are five old albums that I acquired during the past three years via online auctions. My focus here is on the Scott International Junior Postage Stamp Album on the far right.

I was recently reaping a meager harvest of stamps from this album when I started noticing the short blurbs printed in the album that introduce each country.

The entry for Austria caught my eye: “In March 1938, Austria was taken over by Germany.” What a remarkably succinct and dark bit of foreshadowing that turned out to be.

I glanced at the cover page of the album, and sure enough the publication date was the momentous year of 1939.

Essentially, this old stamp album had recorded the political state of the world just before the outbreak of World War II.

The British Empire is alive and well in the album, as are the other colonizing powers. Togo is defined as “a former German Colony in Africa [now] divided as mandates to Great Britain and France.”

Great Britain itself is strangely described as “the oldest and most important member of the British Empire.” The Philippines are “a possession of the United States,” and, of course, Hawaii is “a Territory of the United States.” Ethiopia, referred to as Abyssinia, is “now an Empire ruled by the King of Italy.”

On the “Outline Map of Europe” at the front of the album, Poland (shown here) has its old boundaries before they were shifted west to settle Russian and Polish claims after WWII.

All the problematic territories in and around Poland fought over by the powers of the region, which are familiar names to stamp collectors, appear on the map: Upper Silesia, Eastern Silesia, Central Lithuania, Western Ukrainia, Marienwerder, Allenstein, and Danzig.

Central Lithuania is defined as “a much disputed territory lying North of Poland and East of Lithuania; now part of Poland.”

The fact that it lies “North of Poland” but is now somehow “part of Poland” speaks volumes about the volatility and confusion of the region that existed at that time.

The blurb for Upper Silesia reads: “The territory which prior to the World War was part of Germany. The League of Nations divided the territory between Poland and Germany.”

So in this album’s world, the League of Nations is still active and the only “World War” didn’t need a numeral after it to distinguish it from any other.

On the “Outline Map of Asia,” there is of course no Pakistan or Bangladesh, just a very large India. And we find Burma, Siam, and French Indo-China rather than Myanmar, Thailand, and Viet Nam, respectively. Farther north, is Formosa and “Corea.”

By the time I’d thoroughly examined this album, I had a new collecting interest: empty stamp albums that nevertheless tell a story.

In the future, I’ll be combing the stamp dealers’ booths at the next stamp show for old albums — the fewer the stamps the better.